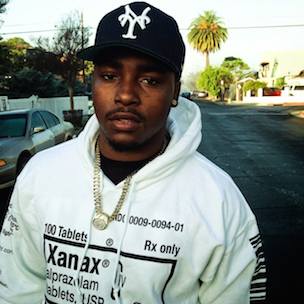 The Tribute: Joey Fatts Explains Why A$AP Yams Was Better Than Puff Daddy

The passing of A$AP Yams reverberated through the Hip Hop community. Here was one so young, so full of talent, so beloved, and his passing was sudden and unexpected. The news broke on Twitter, with pictures and tweets flooding timelines. There was one of A$AP Rocky with his head in his hands in an unknown hospital, and as the rumors flew, the sorrow reached a fever pitch. Not Yams, right? Not now. A$AP Mob is set to take over the Hip Hop universe. But Yams arms spread wide, and his influence wasn’t some local experience, it was continental, even international. Here, Joey Fatts tells HipHopDX what A$AP Yams meant not only to him, but to all of the people he touched.

The entirety of his interview will soon be coming, but for now, we release his thoughts on the A$AP general, just what he did for him, and what he meant for Hip Hop at large.

Joey Fatt’s On The Legacy Of A$AP Yams