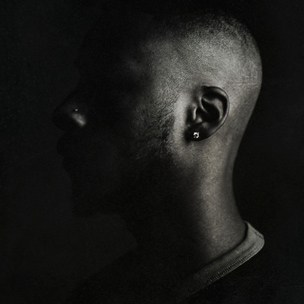 GoldLink Reveals "The God Complex" Was A First-Person Narrative

“Being a rapper, you’re almost a slave to your time,” he explained during a brief conversation with HipHopDX. “You have to do every fucking thing everybody is telling you to do…all these interviews and bullshit you don’t want to do. And on top of that, what comes with that is women and money and drugs and blah, blah, blah.”

Thankfully, GoldLink is not a purveyor of the dreaded “Struggle Rap.” Nor does he come across as one of those new-ish rappers who barely has a following yet is always complaining about the trappings of stardom. He just seems to question everything. With his SoundCloud play counts routinely hitting six figures and exposure from the likes of Revolt and Pitchfork, things are potentially just getting started. GoldLink may be answering a lot more questions than he’s asking.

GoldLink Says He Played An Arrogant Role With “The God Complex”

HipHopDX: For people who haven’t listened to your music before, how would you describe it?

DX: You sampled both “Toxic” by Brittney Spears and “Men in Black” by Will Smith. Those are Pop references, but what genre do you classify your music and how do you think those songs fit in?

GoldLink: Nothing really major, except for they’re just cool records. If you grew up in the ‘90s, you watched Men in Black; you listened to that record. Those records back then were just fun records. I liked Brittney Spears’ “Toxic,” and that shit was cool when it came out. These are things I grew up on, and I just thought it was mad dope. Sampling just brings it back to light. But I don’t classify my music, and I don’t like genres.

DX: Your music has a lot of braggadocio and confidence, but also honesty about your insecurities and some of your darker moments. How do you find that balance?

GoldLink: Balance is good. You should always have balance…you need it to survive. If I’m too cocky or too arrogant, it’s like, “Ugh.” But if you’re too on the other side, you take away some of those other emotional aspects, and I just kinda like to have a balance. I’m very self-aware. The God Complex is the theme I was going for. I’m not actually an arrogant person, but I definitely played that arrogant role, because you have to have very high confidence in yourself to do the things I do. And on top of that, it’s letting people know that you’re human too. I make mistakes. I fuck up. There’s no point in acting like I’m a god when we all have fuckin’ mistakes. That’s why it’s so, “Oh my God, a celebrity cheated on his wife,” but these are human beings. So I let you know that I’m a human being, but I’m also confident in myself.

DX: You have some Afro-futurism in the messages, like the end of “Planet Paradise“ and the mixtape cover—African masks and the red and green. What was the intention in including these images?

GoldLink: The tribal aspect is deep rooted for black people and for African American history. It goes back to that, and certain tribes have that mask, and people can go research. The one colored mask kind of signifies that there’s something different than what’s out in Rap or urban music right now. Something else is breaking through, and the color scheme behind it, I picked very carefully. There’s no definition to the cover, it’s just more a self-definition of what people portray it to be.

DX: Is there any connect to Yeezus? Because a lot of people say that album was Kanye exhibiting his own God Complex.

GoldLink: No. I guess we believe in some of the same ideologies, but my inspiration wasn’t drawn from that. Was it an amazing album? Yeah. But naw, it definitely didn’t have any direct correlation.

DX: What do you think differentiates your music from other artists from the DMV?

GoldLink: It’s different because the things I’m saying are a little bit more raw. The beats are definitely much different, and I’m saying them maybe a little bit quicker. The subject matter and the things I’m talking about are the same as other DMV artists, but the way that I’m telling the stories is totally different. It’s raw, and I come from a lot more angles than the DMV is used to. But it’s still DMV. I pull everything from it. I pull inspiration only from it. It’s not the same sound as Go-go, but it has the same bounce, the same drums and BPM and rock to it on “Planet Paradise.” All the stories I’m telling you are from the streets of here, and I didn’t go nowhere else when I made this thing. I took the sound we always had, and I just took it up a notch and made a hybrid of what he had. Our area is so rich with potential. The DMV is a melting pot, and it’s a rare place. I’ve been to other places, and it’s nothing like home. I took a lot of inspiration from growing up here. It’s all I know.

DX: How has the Internet helped you? Has it hurt you any, or at least made certain things a little harder?

GoldLink: It’s only helped me. I reached a bigger audience I probably couldn’t have grabbed, reached places, and touched people I couldn’t have without it. It hasn’t hurt me, so I can’t really speak on that. It helped me. Whether it’s good or bad, it gave me a platform, and it’s given other artists a platform.

DX: “The moment God is figured out with nice neat lines and definitions, we are no longer dealing with God” is a quote by Rob Bell you put up. Where did the name, The God Complex come from? What is the idea behind it?

GoldLink: Just real life situations and arrogance; it’s a D.C. thing. You know, DC niggas is really arrogant—real slick and full of themselves. But besides striving to be the best that I can be, by the end of that tape, I was trying to figure out who I was. It’s a ride. You get in your car, you put in the keys, and throw on the tape. I make references in there like, “You put the CD, so there is a God.” It was a lot going on, a lot of stories I tell. Like end in the car crash when I die, and the car just flips the fuck over…the Left Eye sample at the end, because she died in a car crash. It’s a lot of things that go behind the concept of The God Complex.

DX: “Coincidence is God’s way of remaining anonymous.” What are some of the events in your life that compelled you to put up that quote?

GoldLink: I don’t believe in coincidences. I believe that things happen for a reason, and I think God has things—whether it’s good or bad—happen towards a bigger picture that you don’t necessarily understand at the present time. You know, GoldLink came out of nowhere. Nobody has no prior history of who the fuck, where the fuck, or how the fuck how he came about. Like, “Who is this nigga? He comes out and the music is so high quality and different.” Coincidental? Nope.

DX: The human struggle is also a big theme in The God Complex. You have this love for life, but you also talk about of contemplating suicide at least on a philosophical level. Could you talk about that paradox?

GoldLink: It wasn’t for a fact that I was struggling, it was just I wanted to include all the things that life comes with. You wanna have a good relationship with God, you wanna do certain things, and you try to figure out how that path can coexist with being a rapper. Being a rapper, you’re almost a slave to your time. You have to do every fucking thing everybody is telling you to do… all these interviews, and bullshit you don’t want to do. And on top of that, what comes with that is women and money and drugs and blah blah, blah. All these things you don’t really ask for, because you just want to be an artist while trying to maintain some sense of morality. That’s more of a constant struggle, because you want to be a great man in a really fucked up world. And I try to explain that as raw and as real as I possibly can. “I need Jesus, but she goin’ down low…” The things that are happening, thousands of people blasting your song, these are things you worked your ass off for. But maybe it’s not everything that you want, because you start to lose yourself in between that time. It was pretty much me telling a story about someone. I wouldn’t even say about me particularly at all, but it was writing a story about someone who is conflicted with themselves, whose greatest enemy was themselves. How he would overcome it? [It’s someone] who really valued life but also just wanted to die ‘cause it would be easier, but then still wants to go on living. It was really just a story I wrote.