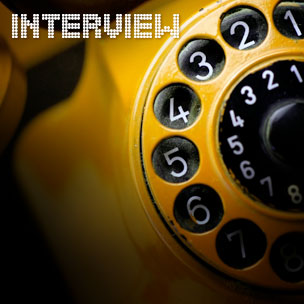 In 1989 Priority Records signed a group called Low Profile. WC along with DJ Aladdin released We In This Thing Together and scored with the hit “Pay Ya Dues.” WC was a major figure within that group. WC later became the point man and formed WC and the Madd Circle. The group was comprised of multi- platinum artist Coolio and DJ Crazy Toons. WC and the Madd Circle’s first album Ain’t A Damn Thang Changed spawned tracks like “Out On Furlough,” “Fuck My Daddy” and “Dress Code.” They later went on to release the sophomore album Curb Servin’. The album showed us the first coming of WC’s next venture with the group Westside Connection. With Westside Connection, WC, Ice Cube and Mack 10 gave us a dose of the West Coast G’s point of view. They gave us the Album Bow Down that went on to sell 3 million copies. At that time Dub took on the grinding responsibility of being a solo artist. As a soloist WC released the album The Shadiest One. The album produced two hot singles “Just Clownin’ and “Cheddar.” Even without the support of a label powerhouse behind him, WC’s album The Shadiest One reached number 2 on Billboards Top R&B/Hip-Hop Albums chart. All of this happened on the strength of the two singles. WC stays busy and as I write this, another Westside Connection album is almost on it’s way to becoming a reality.

So after many years of paying dues Dub Cee has now signed with the longest running label in Hip-Hop. Def Jam. He is set to release his next project Ghetto Heisman on October 22. About the title dub explains that, “The title Ghetto Heisman is like the trophy that represents the highest achievement for an athlete who’s moving on to the pros and I feel like that’s what I’m doing.” WC is focused and is now in the prime of his career and he is definitely stepping up his game. About the new project WC says, “I’m happy man, I feel that I’m movin’ into the Pros. I’ve always had ghetto love but not radio and video love. I always had props but now I’m trying to establish myself as a businessman in the game and this is the steppin’ stone. I’m workin’ hard. I was just in New York at Club Speed just to show support to Scarface. I’m just out there workin’.” We all know that the only way to accomplish anything solid in this game one has to have longevity. Sometimes music isn’t enough. To that Dub says. “I would love to screen write and do more movies.” Dub was in Set It Off and The Negotiator as well as many other flicks. He also states, “I also have an artist named Dr. Stank who’s signed to MCA and a DVD coming out titled All That glitters Ain’t Gold. I also got the web site www.dubcee.com.”

Homie is definitely grindin’. So how did this deal with Def Jam come about? Dub Says, “In 1998 when “Cheddar” came out Lyor [Cohen] let me know he was watchin’ me. I’ve known him for a long time and we talked about me coming to the label but when Universal bought Polygram I got snatched up. Eventually I was free and then it happened. I was also workin’ on my peace of mind at that time as well as now. I’m tryin’ to be a conscious person. I got a song on the new album called “Something To Die for” and it’s about someone who gets caught up in making the money. I’m just growin’ as a person and when it’s all over I want people to remember that I was an innovative, hardworking trendsetter.” A perfect example of being focused.

After trying times in this industry and being on world tours like The Up In Smoke tour with accomplished acts such as Dr. Dre, Snoop Dogg, Eminem and Ice Cube it’s WC’s time to be recognized by the masses. It’s about time cats like Lyor recognized the extent of Dub’s dedication and talent. Now all Hip-Hop heads better stand up and show some love too. Not just the street cats but everyone. Dub says, A lot people figure when they see me that I’m all about C-walking and being a gangsta rapper out there, and he’s crazy, but when they get a chance to listen to my music they can see that I’m a lot deeper than that. There’s a lot more to me than that.”

The project Ghetto Heisman features guest appearances from some of today’s finest Hip-Hop acts. The first single and video “The Streets” is already in heavy rotation. Dub Cee blazes the track with Snoop Dogg and Nate Dogg and the remix features Xzibit. The video is a Parody of the Olympics in the form of The Ghetto Olympics. It even showcases a Kool-Aid competition. It’s a must see. Other guests include Mr. Kane, NWA founding member MC Ren, and an introduction to WC’s arsenal of new artists which include DR. Stank, Coop Dauville and Lady T who shine on the track “Bang Loose.” West side is definitely in the hose.