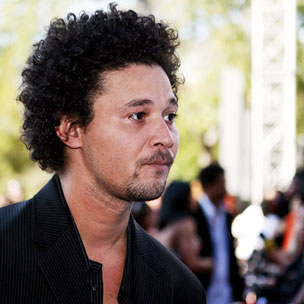 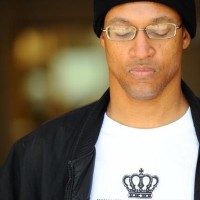 Columbus, Ohio emcee Bizzy Bone was once a fixture in the ’90s Rap fan’s “Top 5” list of lyricists. Not to say he’s lost his place, but sometimes the on again, off again Bone Thugs-N-Harmony member’s antics have overshadowed his intricate artistry. Around the same time as 2Pac, years before Joe Budden, Bizzy Bone was rhyming about personal issues and internal pain in a way that touched the hearts and ears of millions. Moreover, he did it with extreme vocal control and distinct harmonics.

Earlier this year, Bizzy Bone reunited with his brothers from Cleveland for Uni5: The World’s Enemy, BTNH’s first album with Warner Brothers/Asylum. However, days before release, Bizzy distanced himself from the group over a reported financial dispute and remains estranged now, as he was throughout the ’00s. In an interview with HipHopDX however, Bizzy speaks about the group as if all is in tact. Additionally, the emcee’s 15th official solo album is titled Crossroads 2010, taking its name from the quintet’s most famous hit. Bizzy says it’s his best solo work to date, and in a conversation about patriotism, biters and 2Pac and Biggie, the former fixture makes a case for his timeless abilities.

HipHopDX: You have a fantastic new album put together. What was that process like?

Bizzy Bone: We put the record together; it’s real good music. [Crossroads 2010 is] probably one of the best record I’ve put together thus far, [and] I’ve recorded about 20 solo albums by myself.

DX: Who did you work with production wise and what you were shooting for musically.

Bizzy Bone: This is a brand new sound. The new sound that we put together…It’s almost criminal how it’s been taken and nonchalontly looked over and given no regard to who originated it. There were a few people that had sorta the flow, or sorta the sound. But no one quite did it like Bone Thugs-N-Harmony. It’s almost like mainstream to come up with a sound like Bone Thugs now.

DX: I remember when that happened to the R&B group Guy. They created the New Jack Swing sound. By the time they brought their second album, The Future, there were so many imitators. It did make them sound not as special as when they first dropped.

It’s like, “Wait a minute, he went quadruple platinum doing the same thing we did five years ago. And we’re sticking with our formula.” Then it becomes an issue of fixing the problem. If your arms are not strong enough, you lift weights until they are as strong as you need them to be. That’s basically what I did. People told me to start using my voice more instead of just rappin’. I just had to elevate that sound [that we became famous for].

DX: Did you take voice lessons or do anything special to develop your voice?

DX: One of the songs that really stands out is “American Soldier.” I know its important to you. Talk about that song for a minute.

Bizzy Bone: I had to make something for the soldiers coming back from Iraq and Afghanistan. You see a lot of people coming back after 10 years and they’re like, “Your music got me through my tour of duty.” They start telling you about the things they saw and did and it’s like “Wow.” These guys deserve their own anthem. There will always be [“The Star Spangled Banner”] and things of that nature. But I wanted to bring something on a Hip Hop kind of an edge, with a lil’ Caribbean/Calypso vibe to it. It worked out well. Its a great song with great content. That’s what I’m about. To me, if you don’t play this song, you’re unpatriotic. Because this is a song for the people that are protecting us. If something happens here in the U.S., they are our first and last line of defense. We can break out our pea-shooters all we want. But they are trained to get the job done.

Bizzy Bone: That’s already in the works. I just had a meeting last night with a guy who runs that whole thing. I just met him in traffic. I have people in [Washington] D.C. sharing it with people in Congress and things of that nature.

DX: A lot of voices inside Hip Hop can be very anti-government, or anti-war. Would the old Bizzy believe that today’s Bizzy would do something like this?

Bizzy Bone: Most people follow what everyone else is talking about. It could be rationalized several different ways. What we said about the police, we said because they were putting stuff on us that we didn’t have. I have those stories. But my grandfather was a [United States] Marine. So I have history there. What really sparked it was meeting all the people coming back from the war. It can start to affect you. It gets to be two, then three people. Then so many people you can’t count. Others follow trends. They mad at the police, but they grew up a plush lavish lifestyle. Fake thugs, you know what I mean?

DX: Speaking of thugs, you worked with both 2Pac and Notorious B.I.G. in the same year. How did you come up with the idea of having them both featured? And did they have any problems with it?

Bizzy Bone: Well [2Pac] was on the record first. Then he passed. Then he we did the record with Notorious B.I.G. It wasn’t really close to that. Bone was always close to the middle. You come around us, you’re doing something great. And people want to do something great, before they want beef.

Plus their problems were not as big as people publicize them to be. They made it that! The media, these magazines created that environment. [The media] got both these dudes killed. Now they think in retrospect. But everybody was telling them the entire time, “You gonna get these guys killed.”

DX: How did that effect how you saw the media?

Bizzy Bone: It didn’t. It doesn’t affect it. It’s part of the business. You can’t take everything so damn personal.

DX: Your group came from such a classic time. You were working with Eazy E and Ruthless Records. What can you tell a kid about what he meant to the game?

Bizzy Bone: [Eazy E is] a legend. He was one of the first entrepreneurs to come out of the hood and create an indie label. Now everybody is doing it. All these people who come out, “Yeah, I used to be a drug dealer”- Eazy did that first. But that’s just how it is.

DX: You sound like you’re in a hungry aggressive mode, artistically. What are your plans for the future?

Bizzy Bone: Right now I’m trying to push [Crossroads 2010] into 2012. I’ve got a live band. I’ve never been outside of the United States. The farthest I’ve been is Hawaii. So I’m going to reintroduce myself to the world – doing the new stuff as well as the golden oldies. That’s what I made the record as futuristic as it could be.