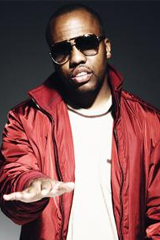 Critics and fans alike counted Consequence out after his Don’t Quit Your Day Job failed to match the ranks of albums from G.O.O.D. Music brethren Common and Kanye West. However, those that doubted the Queens emcee probably didn’t realize that his 10 years in the game have been on a gruesome grind to get heard, be appreciated and keep the “era of ill” alive.

Rather than abandon ship, Cons devoted himself to following the DIY marketing trends of a successful unsigned artist, and got it in. With at least four self-financed videos, magazine columns, and even a viral video of playing a toddler’s game with Jay-Z on YouTube, we’re talking about Don’t Quit Your Day Job like it dropped last week.

With a new group with Statik Selektah and video director Rik Cordero coming together, Consequence is keeping it in-house in the 2008. As his You Win Some, You Lose Some is carefully crafted away, his debut album continues to move from the latter category to the former. In a discussion with HipHopDX, Consequence reveals how to stay relevant, with slow-cooked albums and fast-paced marketing and promotion. Relax and take notes.