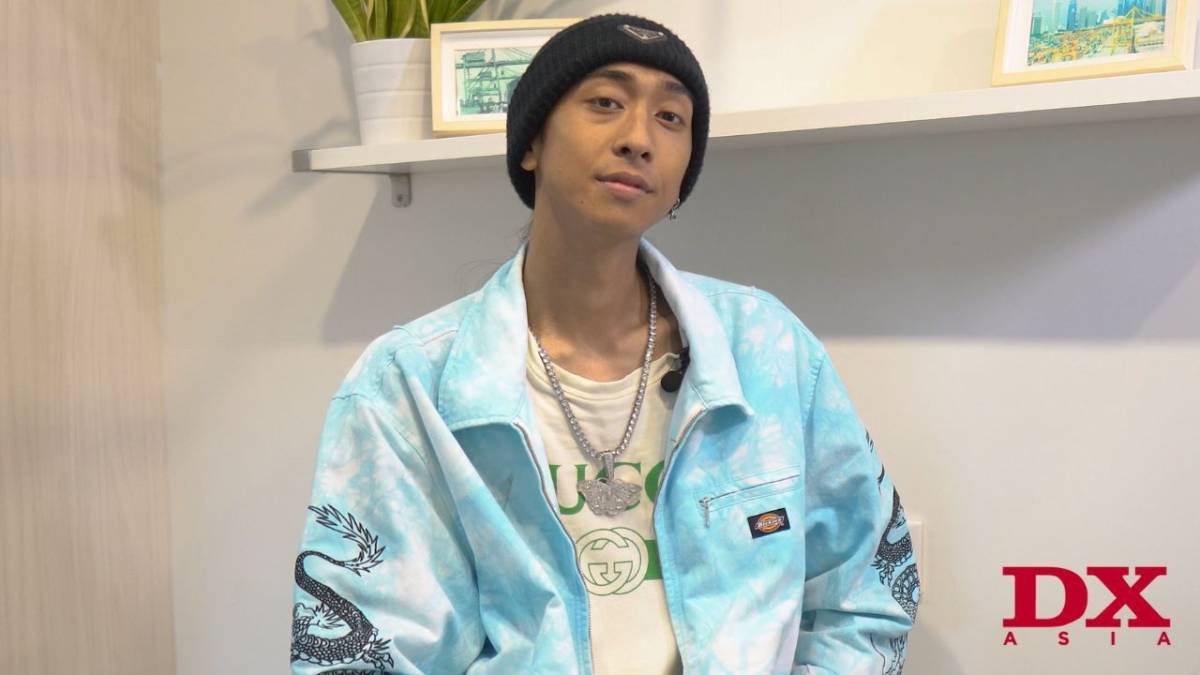 When Filipino hip hop artist kiyo released his debut album, HARANASA, last year, he told HipHopDX Asia that one of the track’s singles, “Harana Sa Sarili” (Serenade to the Self), was a kind of affirmation that is regrettably easier said than done. “Minsan nakakalimutan natin magpasalamat sa sarili natin, nakakalimutan natin yung mga maliliit na bagay na dapat natin ikatuwa. Masaya lang ako na nandito pa ako.” (Sometimes we forget to thank ourselves… the little things that we should be happy about. I’m just glad that I’m still here.) Judging by his demeanor, relaxed but with an obvious after-set glow (and glee), one can tell he was indeed happy to be here.

Kiyo was with his entourage (which includes Filipino singer shortone, who made an appearance at his set) and watching the late afternoon sets at ASEAN Music Showcase Festival (AMS) when we caught up with him. It was also my first time to see him perform live—nearly 1,500 miles from our home country and fresh out of his four-stop “HARANASA: shineboi” tour. “It’s our first time here [in Singapore],” he beamed. He told us how he has been connecting to other Asian hip hop artists even before flying to Singapore.

He also believes in rethinking how many rappers define success overseas. “Back in our country, rappers want to go to the West, to America. I told myself, ‘Why?’ We’re here. This is our region. I think I’m getting there…I wanna go there. I wanna focus [on] my music more. I was telling myself that three years ago, actually. I’m manifesting it, and right now I’m here [in Singapore]. It’s a big, big opportunity and I’m expecting more. There’s no turning back anymore, it’s too far now,” he laughs.

For his debut international performance, kiyo got candid about how, as an independent artist, financial restraints made him reorganize their plans. “I thought about having my band come here, but I think I can’t [considering] the expenses. I wanted to bring my band. Having a band with hip hop is very different. You know, you can put hip hop into every genre. So that’s why I wanted to go with a band so that it would be more grand. So that’s the process, but maybe next time I will.”

He also elaborated on the band setup. “I’ve been making different genres ever since. So I’m not staying in one lane. I think I told myself that I wanted to be in the gray lines and I wanted to build bridges. My style, I developed it to be more versatile and to widen my range. That’s one thing that I did—I made music out of my comfort zone and now we’re here.”

Kiyo made sure to make the most of his trip, even with limited resources. “I’ve been rehearsing and I created a song [specifically] for this trip. We shoot around, ever since we landed. That’s what I prepared, too.” On social media, he also shared his visits to the Singapore headquarters of Google and Spotify.

Back home, kiyo is best known for his conversational, diaristic lo-fi, often R&B-leaning hip hop style and much of that has to do with making music in Tagalog—and he looks forward to maintaining that in front of a foreign audience. “The most exciting part is that I can use my own language. Throughout these years, I’ve been training my writing skills, as well as English… I can use my own language and then they can relate to it. When I performed earlier, they get the vibe, they get the mood—everything.”

He cited K-pop’s success as an example of how using one’s vernacular can and does pay off. “I think it pays off, the training, and that’s the most exciting part: that I can use my own language to connect—like the K-pop effect, you know? They just use English at the end of their lines.”

The Filipino artist puts a heavy emphasis on connection and his strong belief in how it can transcend differences and barriers. When asked how he would describe Pinoy hip hop to a non-Pinoy audience, he answered, “I would say that the tone is the best asset. Good music is good music, you know? That’s how you connect with people. Either you don’t understand, or there’s a language barrier, as long as you feel the mood and the vibe, you can connect. That’s why I focus more on the tune, on feelings, I think that’s what I’m best at projecting. That’s one way.”

On the difference between performing for an audience at home and a foreign one, he said, “In hip hop, when you perform you have to hype them [crowd] up. But when I was rehearsing, I [was thinking] that I would change the way I delivered it… The audiences here are very appreciative, [and it’s the same] in the Philippines. But to differentiate… I was so nervous earlier, actually. They don’t know you. But I bring myself—I carried it. It’s challenging, you need that confidence. You [shouldn’t] think twice, because first [impressions] are very important. That’s what I prepared for. The language barrier…I think I crossed it. I projected my energy.”

He also underscored his penchant for strong visual narratives. Kiyo is hands-on with the entire process of his music-making, from writing to producing to helming his own music videos. “I’ve been focusing more on connecting audio with visuals, especially since I direct my own visuals. That’s one way–if they don’t understand you, they can appreciate the project through visuals. In the Philippines, my goal is to up the quality of music videos. That’s one way to connect…[it’s] one way to be appreciated. That’s the first step. That’s why I always put it together—the audio, visual, colors, everything.”

Kiyo considers his AMS 2022 performance not just an opportunity to expand his reach, but also to meet his contemporaries abroad. Aside from his bucket list of dream collaborators, he also met with Thai rap pioneer F.HERO, who was a progenitor of the festival’s strong Asian hip hop pride sentiment.

“There’s so much to explore,” kiyo says of his fellow AMS performers. “It’s a very great opportunity to connect…it’s overwhelming. It’s my first time out of the country, and first show [outside of the Philippines.] I’m very overwhelmed, that’s good.”

(Translation: The story–it’s different in the Philippines. The struggles and culture are different. I think they’re gonna appreciate it more. When I add the visuals and audio [aspect to it], there you have it. I think I’m good.)

With additional transcription from Kara Angan