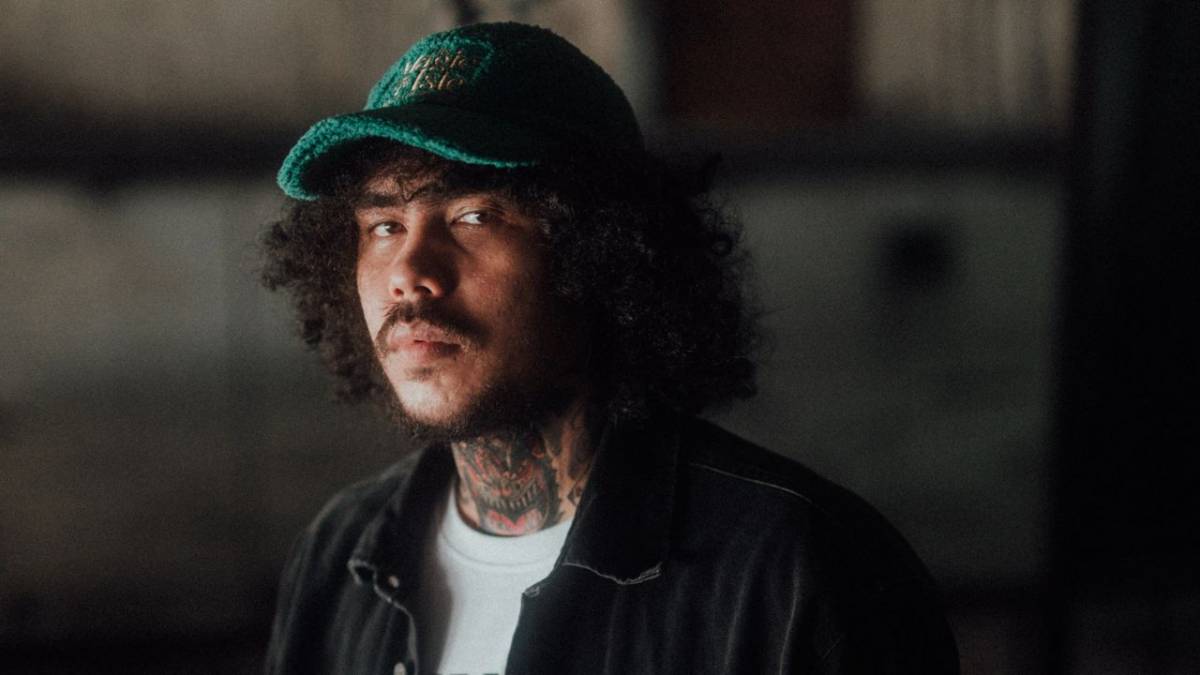 There’s a vulnerability in the way JRLDM talks about his journey as a rapper. It’s a hallmark of his music–his 2022 album, Mood Swing, detailed his experiences with his mental health, among other notable events in his life. JRLDM’s stellar debut album, in our review, “packs sonic treats that enable him and the listeners to access vulnerability in its severe forms but done so with empathy and at times, tenderness.”

In an exclusive interview with HipHopDX Asia while filming the music video for “The Regionals: Philippines” cypher, out on September 2, the Filipino rapper recounted the beginning of his music journey in his home of Bataan, a province in the northwest part of the country.

JRLDM tells us he fell in love with music at a young age, trying to consume as much music as he could despite the financial struggles his family faced while growing up. “Wala akong pambili ng CD ng album. Kaya nag-aabang ako ng top ten [sa radyo].” (We didn’t have enough money to buy album CDs then. I would wait for the top ten [tracks] to come on the [radio].)

That didn’t stop him from honing his craft. JRLDM’s first foray in hip hop was beatboxing. Eventually, he transitioned into rapping as he started listening to more hip hop music. He describes Bataan as a conservative place, where people weren’t as receptive to rap music. “Nung high school ako, na-discover ko si 50 Cent. Nung time na ‘yon, uso ang banda, pero walang tumatanggap sa’kin na banda. Kaya nung time na ‘yon inisip ko…t*ngina ayaw niyo tanggapin? Ako na lang gagawa ng banda.” (When I was in high school, I discovered 50 Cent. During that time, bands were really popular, but no one wanted to accept me in their band. So I said, f*ck you, you don’t want to accept me? I’ll make my own band.)

“May stigma pa kung rapper ka” (There’s still a stigma if you’re a rapper), he continues. JRLDM wanted to carve a space for hip hop in a pop-dominated music scene in his hometown. Even if there were already prominent Filipino rappers in the mainstream at that time–he repeatedly mentions Gloc-9–he shares that his community couldn’t seem to accept it in the same way others have.

Music was an escape for him, he shares. He says that their family didn’t have enough money to go out like the “middle-class kids” around him, so he spent that time alone at home surrounding himself with music. His love for the craft has grown so much since then. “Sobrang nag-evolve na yung music ngayon,” (The music’s evolved so much,) he says when talking about what’s changed in Filipino rap music then and now.

Looking back, the “Patiwakal” (Suicidal) singer feels like he’s grown so much since he released his first breakthrough hit. What was experimental back then has settled into his own, unique style. As he forges forward in his career, fans (including DX Asia) are excited to sit back and watch how he continues to show audiences his vulnerability in the future.

JRLDM is one of five rappers representing the Philippines in The Regionals, the first-of-its-kind Pan-Asia rap cypher, launching this September 2, 7:00 PM Manila time.