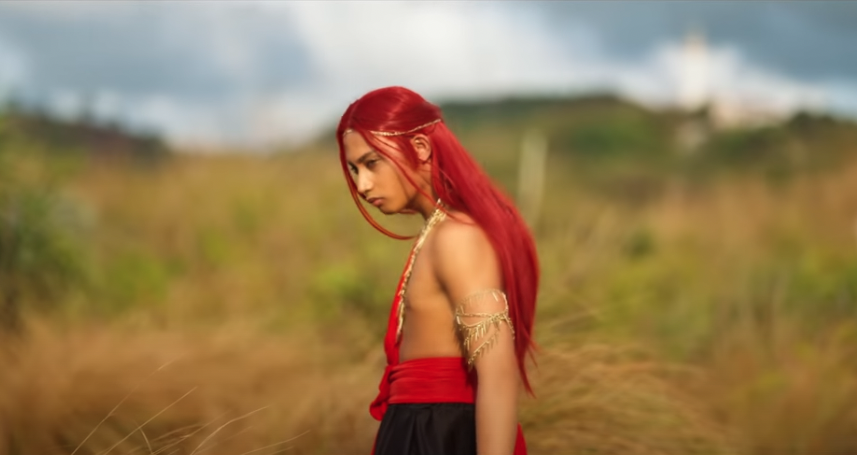 FELIP has released an official statement to address “copying allegations” made against his comeback single, “Bulan,” and its accompanying music video.

Today, the Filipino singer-songwriter and member of SB19 (known as Ken), took to Twitter to “clarify the allegations & shed light on the concerns as these are issues that need to be addressed.”

Hello, this is FELIP & team.
We are aware of certain posts circulating on social media alluding to the similarities between Bulan & Lay Zhang’s Lit. We’d like to clarify the allegations & shed light on the concerns as these are issues that need to be addressed. pic.twitter.com/bTNmgi1CJf

The statement outlined several points regarding the alleged similarities both on the track and the visual. FELIP clarified that his creative process for songwriting “has always been to write the words and produce the music both at the same time. However, as the creation of art is often borne out of inspiration, it is inevitable for any of my (or any artist for that matter) songs to have similarities in style with other artists.” He went on to specifically cited Chinese artist and EXO member LAY a.k.a. Lay Zhang as one of his “musical references” whom he has “shared… in multiple interviews.”

FELIP went on to make the distinction that “while there may seem to be some similarities” between “Bulan” and “Lit,” that “a closer examination of the chord progressions, instrumentation, samples used, and even syllabication will prove the claim otherwise.” Furthermore, he said that the “melody and ethnic chants” in his song “were based on indigenous Filipino ritual music, made modern with the addition of rock and hip hop elements.”

Prior to the release of “Bulan,” FELIP said that one of the track’s goals is to “encourage discussions around our ancient culture and revisit this aspect of our collective memory as Filipinos.”

FELIP’s solo music and his group SB19 have been previously lauded for incorporating different sounds into their style, including hip hop, and were named in 2021 as the Philippines’ Youth and Sentro Rizal cultural center ambassadors for “their genuine care for advocacies to uplift the Filipino spirit, music and culture to the global scene.”

In the videos for both “Bulan” and “Lit,” some users have tweeted comparisons between the two. One user released a series of GIFs to illustrate similar elements.

The music video for “Bulan” premiered on May 28 and is currently trending #3 on YouTube Philippines. In FELIP’s statement, he broke down seven of the similarities pointed out in the circulating social media posts and the rationale behind each shot, including dancers circling around Bulan; prominent use of red, black, and white; Haliya is portrayed in a mask and wearing a red dress and veil; Bulan dipping his hands into the cauldron and rising from the water; the dragon and the dragon’s eye; krumping and the wearing of black; and the use of Paoay Sand Dunes as location.

In addition, upon the release of the music video, FELIP and his team included a disclaimer in the description that says, “All scenes and imagery depicted in the song and music video are the artist and his team’s creative interpretation of our nation’s collective memory of Filipino ancient deities. Definitive resources for this aspect of our culture have been destroyed during the colonial period, hence, the goal for this release is to encourage the youth to dig deep, discuss, and keep this aspect of our memory alive for generations to come.”

Lastly, FELIP has acknowledged “Lit” as “one of the many references that we used” and noted its “groundbreaking concept.” The statement ends with an apology from FELIP and his team “for this unfortunate predicament” and added that “Moving forward, we will continue to create more art, break stereotypes, and promote Filipino culture and artistry.”

“Bulan” is FELIP’s second release since his solo debut last year. His first single, “Palayo,” was one of HipHopDX Asia’s ‘20 Best Songs of 2021’ for its left-field R&B sensibilities and disarming vulnerability.