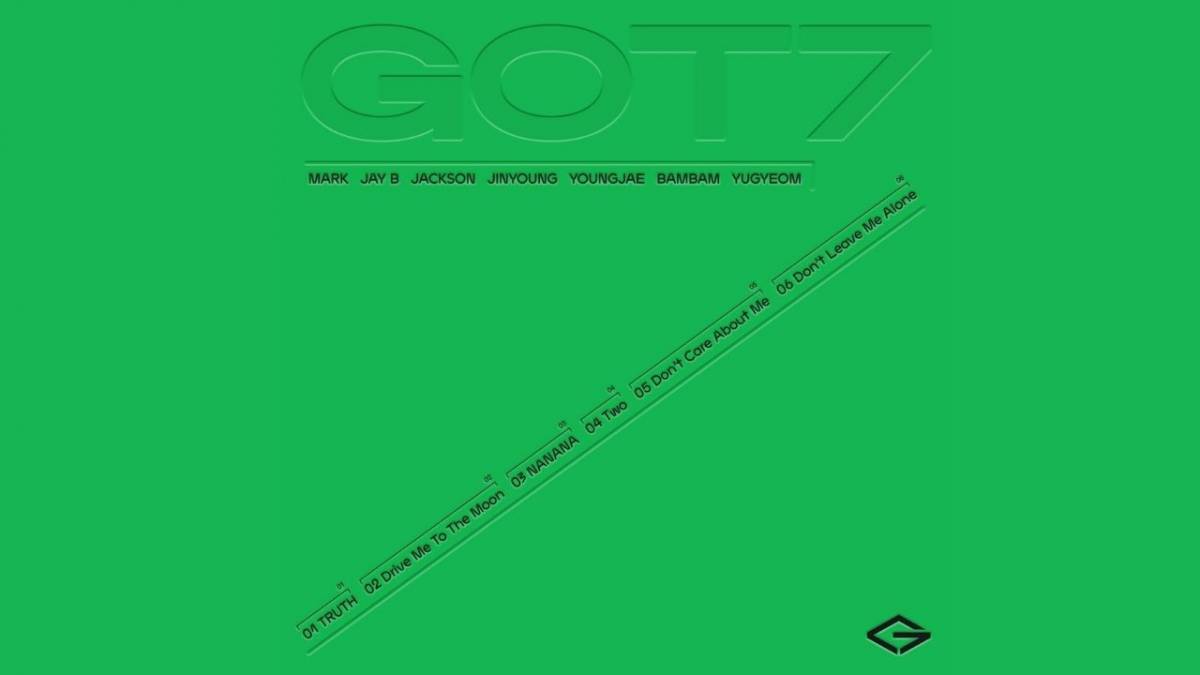 GOT7 Breaks Down Their Self-Titled EP: ‘It Was A Time Of Continuous Growth’—Track-By-Track Guide

The self-titled EP marks a new stage in the group’s career who made their debut in 2014 under JYP Entertainment, where they released five studio albums and 15 EPs until their departure in 2021.

On May 6, the group hinted at a long-awaited return by launching new social media accounts under Warner Music Korea.

Two days later, a green poster—a color that symbolizes the group’s official fandom, ‘I GOT 7’/iGOT7—was released on social media, with each of the members’ names and a ‘May 23’ date included. Shortly after, an official schedule of activities and release dates was also shared, confirming that a new, self-titled EP is underway on May 23, 6PM KST, along with the music video release of “NANANA,” the focus single from GOT7.

Building a ‘home’ and return as GOT7

According to JAY B—who wrote and produced the majority of the songs in the EP—they chose to name the EP GOT7 because they wanted to return formally after they ended their contract with their former label. “We wanted to come back as GOT7 after JYP days and we thought that rebranding is needed,” he said in the official press conference today, May 23. “During this process, I think my self-esteem and confidence went up and drove me to properly rebrand and put out a great quality of work that we are proud of.”

Working together again as a group posed new processes for each member, all of whom have kept busy in the year and three months since they last made music together. Being based in different cities—with GOT7 being a multinational group—Jinyoung said that they made do with “FaceTime and phone calls due to being in different places and gathering restrictions.”

On the EP process, he shared, “Since last year, we were making demos and putting the songs together. Our [individual] managements have been supportive of us doing [music as] GOT7. It wasn’t easy, but at the same time, everyone was very supportive, which we are thankful for.”

For BamBam, the last seven years of GOT7 have been special, also hinting at possibly more new music in the future. “It was very meaningful. We are here now because of those [early] days. We want to continue putting out a great album as GOT7. [I] can’t tell you when it is, but it will happen in the future.”

For group leader JAY B, he likens the process to a photobook. “It was a time of continuous growth. We’ll try to evolve and go along with the change that’ll come,” he reminisced. “We can’t promise that we are going to be as active as before, but we want to continue as GOT7 along with our solo activities.” He also promised fans that they will show “a variety of GOT7” and added, “It’ll be cool to have a festival, or shows once in two to three years.”

For weeks leading up to the release of GOT7, the group has been teasing the theme of construction and making references to building a home for their dedicated and loyal fans. “It represents a new house, a new beginning,” BamBam said.

JAY B added, “It feels like a renewal for us,” while Jinyoung described the new EP as “the most GOT7-like: the looks, the music. GOT7 shined the most on stage… this album represents that,” while crediting JAY B’s production.

With GOT7 being significantly involved in the writing and production of this new EP, JAY B revealed that they conducted blind tests after collecting all the demos they wrote. “We all ended up picking the songs that we produced.” Yugyeom—whose solo debut EP, Point of View: U, made it to our list of 20 Best Albums of 2021–who also wrote some of the tracks, chimed in, “Because we know each other so well, we were able to do our best on the songs we wrote.”

GOT7 EP 《GOT7》 HIGHLIGHT MEDLEY
🔗https://t.co/JeYmU7HDAN

When asked how the GOT7 (and unit names) trademark process went down for their return, JAY B share that JYP CEO Jung Wook helped took care of the group. “Jung Wook helped a lot during this process. Even our lawyer said it’s not easy, so I really thanked him for that.” He went on, “I could’ve done this through a third-party, but I just wanted to do it myself, talking to and getting a signature from each member. During this whole process, I learned it wasn’t the easiest [thing to do], it made me appreciate the companies and staff who work with artists and brands. Same for the units, thanks to JYP, it happened.”

Here’s a track-by-track guide of all six songs from the EP, as broken down by GOT7 members themselves.

JAY B: We have many different sides of us: sometimes fun, sometimes sharp with the performances. When I was preparing for this EP, I made sure to keep that in mind. For this one, I thought of doing a sharp choreography with this track, but instead of appearing “hard,” we wanted to be a bit more relaxed.”

“Drive Me To The Moon”

Youngjae: I love using a moon reference. It’s hard to get there, but I believe that with our AhGaSe [the name of GOT7’s official fandom], I can get there. For me, the moon has many different forms. It represents changes that are similar to people and life.

Yugyeom: We usually sing in high tones, but for this one, the vocal tones are quite low, which is good to show desperation in love.

“Don’t Care About Me”

Jinyoung: When I heard this track, I thought it would fit Yugyeom so well and I wanted to see him dance to this so I called him right away to work on this track. I wanted to give comfort to our fans and make sure they have nothing to worry about.

JAY B: I wrote this a long time ago. It was based on sentimental feelings I had, which evolved into a feeling for our fans now. We wanted to comfort them, that as long as they wait for us, we’ll always be back for them.

JAY B: This one is for the fans, it represents our appreciation for them.

Yugyeom: When I first heard it, I thought it was the most GOT7-like track.

Youngjae: [The song’s music video] goes along with our album theme of construction. We invite our fans to our new home and want them to have fun there.

Mark Tuan: When we first saw it, it was without the CGI, so [the final version] is nice and fresh.

JAY B: Next time, I might have to divide the parts better for all the members in the song.

Jinyoung: It came out better than I expected. I thought it was like a Marvel movie.

JAY B: When it comes to the song, we definitely made it more diverse. Before, we made “hard”-sounding ones at the beginning and more “chill” ones at the end [of the album], but we balanced it well this time to present more chill vibes when mixing and mastering [the new one].

Yugyeom: There was definitely more synergy when all seven of us are together, compared to us working solo.

BamBam: We promised our fans that we aren’t going anywhere. We wanted to prove we did not disband.

JAY B: People grow, evolve, and change. It’s about not forgetting where we came from.

Stream the full EP below: