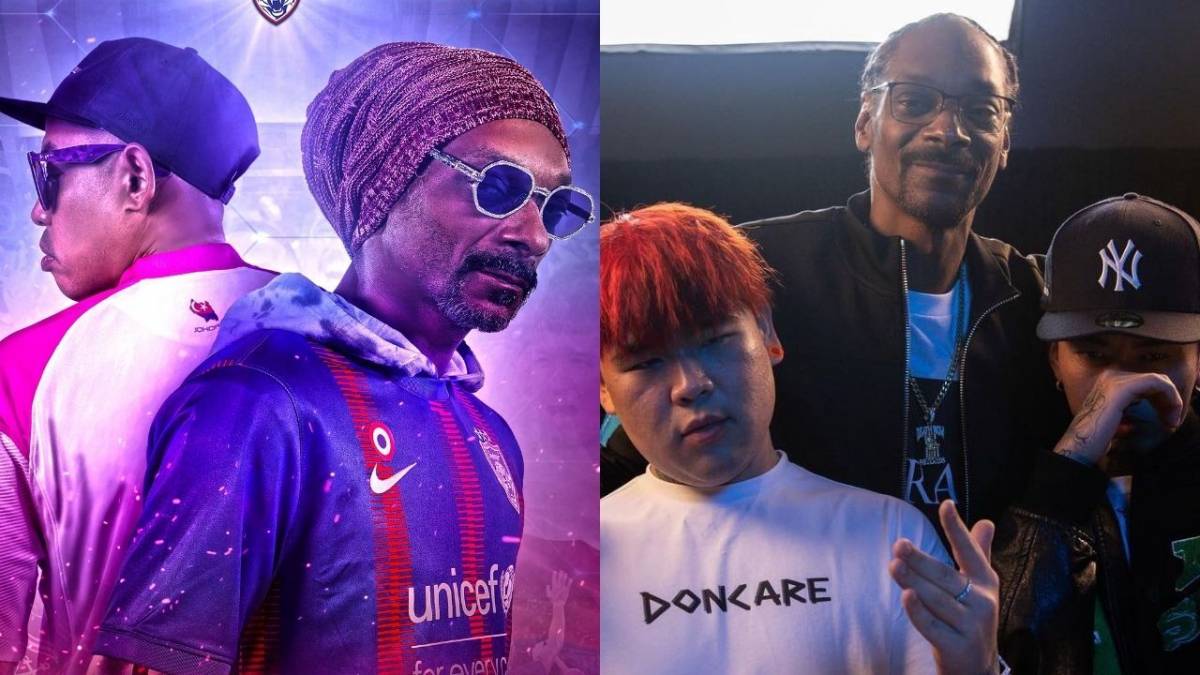 American hip hop legend Snoop Dogg has always been a collaborator, with a long and extensive history of working with Asian artists, not just exclusively in hip hop. Known for his generosity and easygoing spirit to homegrown hip hop legends, the West Coast icon also uses his platform to foster a universal bind and love for the genre across generations of hip hop artists and fans.

We’ve listed ten times Snoop Dogg has collaborated with Asian artists. Even more excitingly, Snoop Dogg has also confirmed that a collaboration with BTS—arguably the biggest group in the world right now—is in the works. “I got a group named BTS that’s waiting on me to do a song with them right now,” he said. “And I’m trying to figure out if I got time to do that shit.”

One of the most recent collaborations in this list is Snoop’s most recent joint project with Malaysia’s Joe Flizzow on the global edition of the 2021 album, Snoop Dogg Presents Algorithm (Global Edition). The pair also joined forces for the official 2022 theme song of Malaysian Super League champions Johor Darul Ta’zim Football Club (JDTFC).

Not one to fall behind with what’s currently dominating the charts or global conversations, Snoop Dogg teamed up with South Korean singer, rapper, and label owner PSY in “Hangover,” shortly after the latter’s 2013 viral hit “Gangnam Style” broke YouTube records.

In 2019, Vietnamese popstar SƠN TÙNG M-TP, long considered the “Prince of V-pop” (Vietnamese pop), worked with Snoop in the infectious dance-pop track, “HÃY TRAO CHO ANH” (Give It To Me).

Vietnam’s So Y Tiet became a hit on TikTok after releasing videos of himself singing the numbers 1 to 100 a la 2000s R&B singer, which eventually got him sampled by Spanish singer Rosaía on a track off her latest album.

In 2020, Snoop Dogg took notice and reposted a video of So Y Tiet’s famed singing on Instagram, tagging him as “Soy Dogg” with the caption: “My cousin in Vietnam.” The Vietnamese content creator was extremely grateful for the shoutout and posted a video on YouTube thanking Snoop for the generosity. Maybe we can count on a proper studio collaboration in the future?

Chinese hip hop group Higher Brothers got to experience that Snoop magic firsthand when they joined forces in 2019 for the track “Friends & Foes” via 88rising.

In 2013, Snoop performed with 2NE1, one of the biggest K-pop groups to come out of the 2010s (whose reunion during Coachella 2022’s first weekend practically set social media on fire) at a concert in Seoul. The artists shared the stage by performing a Snoop Dogg classic: “Drop It Like It’s Hot.”

One of Snoop’s most unexpected features was with India’s RDB and Akshay Kumar in the track “Singh Is King,” off the original movie soundtrack of the Indian film of the same title. Performing a hip hop track for a Bollywood movie? That’s Snoop for you.