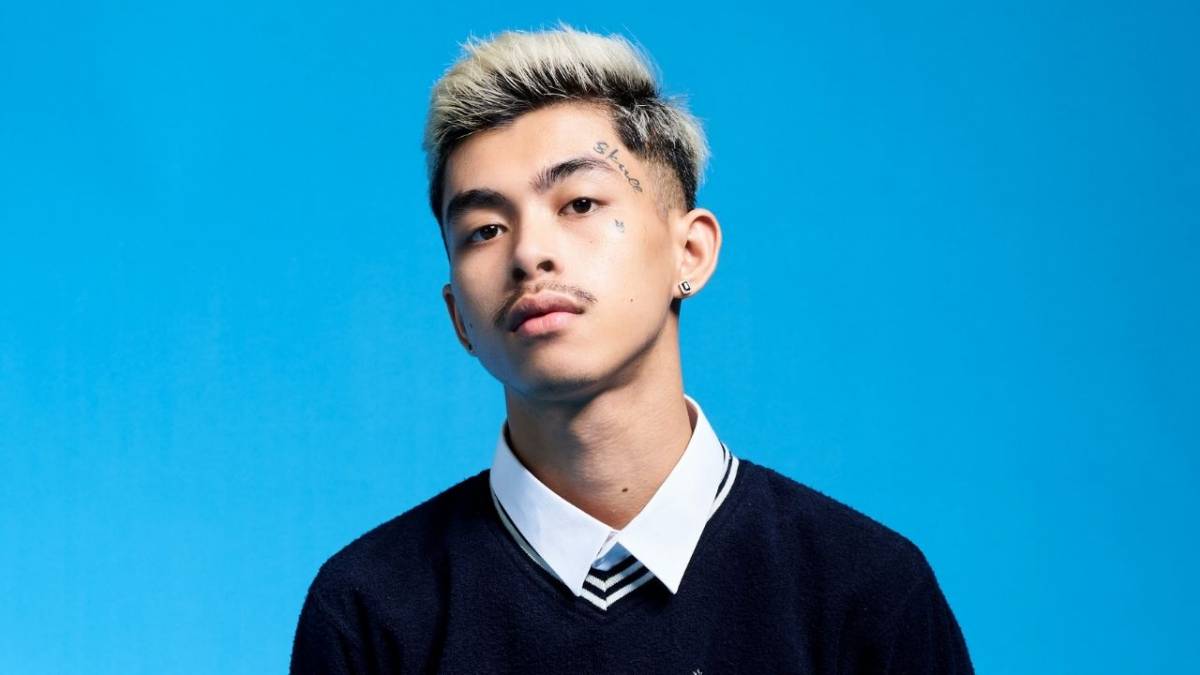 Until the 2000s, original music was virtually unheard of in Cambodia. As its musical industry was still finding its footing, let alone rhythm, after being practically wiped out in the 1970s, music that dominated the airwaves was characterized by bootleg popular music or karaoke-style covers of Western music. From 1975 to 1979, the Pol Pot-led hardline communist party, Khmer Rouge, waged genocide in pursuit of a utopian agrarian society by targeting educated middle class and intellectuals and brutally eradicating traditional Cambodian music and culture, along with other markers of progressive society up until then: private property, religion, and even the concept of money was abolished.

What lies in the wake of such destruction is a yearning that cuts deeply through Cambodian society, longing for culture and art of their own. In 2020, when then 23-year-old VannDa released his breakthrough single “Time To Rise,” he was unknowingly building on the momentum of the Cambodian original music movement pioneered by his contemporaries and fellow artists from his label, Baramey Production, home to an extensive roster of local artists—including CEO and Cambodian-American independent pop star, Laura Mam—that struck a huge domestic following and a growing global audience.

Despite the lack of development in original Cambodian music until recent years, hip hop, in many ways, surprisingly captured the attention of young audiences. It is thought that the prominent element of rap in hip hop fits in naturally with oral Khmer traditions of singing and reciting poetry. Like many others his age, VannDa is part of the younger Khmer generation whose worldview is colored by exposure to more diverse types of music brought on by technology and increased globalization.

In the music video for “Time To Rise” released early last year, VannDa merges his masterful rap stylings and prolific lyricism with a performance by legendary Master Kong Nay, one of the remaining heirs to the country’s musical tradition of using their native Chapei vang deng. The video honors their culture with pride and prestige—featuring traditional wear, art, and architecture—helmed by its young cast, representing how VannDa strives to preserve tradition while channeling the innovative spirit of hip hop. Today, “Time To Rise” is the most-viewed video by a Cambodian artist in history at over 80 million views, cementing his place as the face of Cambodian hip hop. 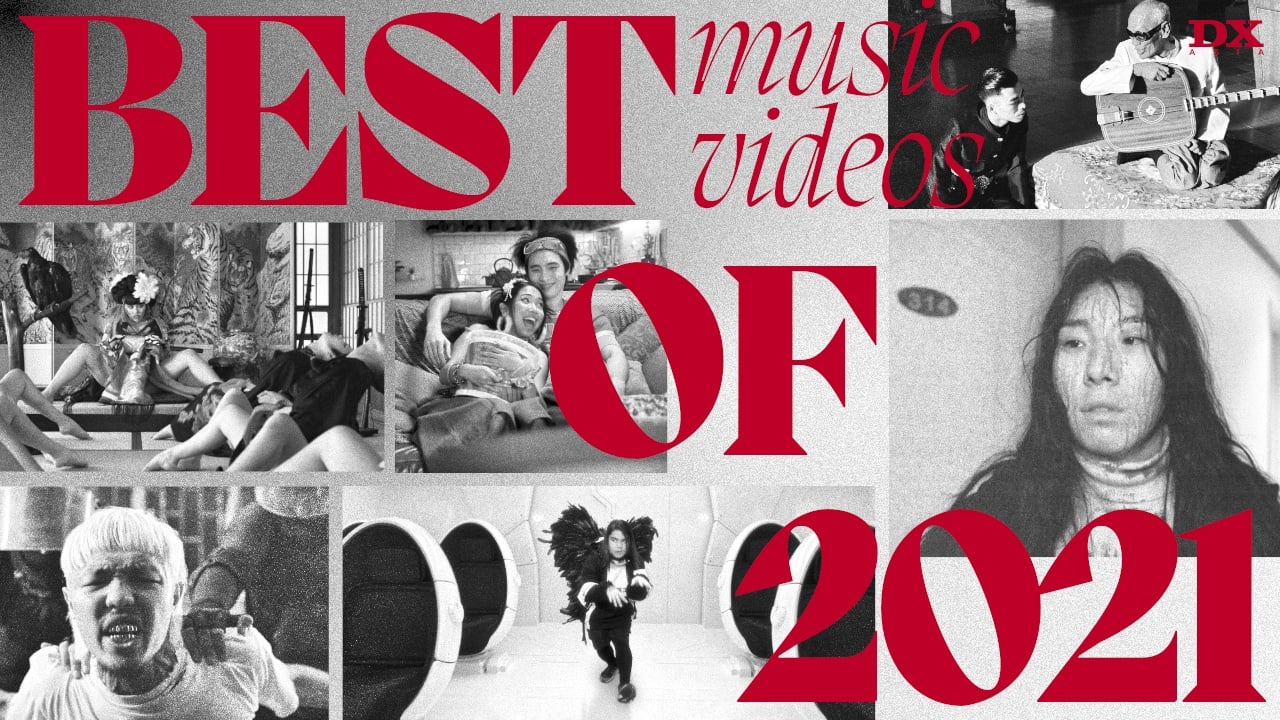 In an exclusive interview with HipHopDX Asia, VannDa shares how he’s been coping with the changes brought by the pandemic and his plans moving forward after an extraordinary year for him, career-wise. “The pandemic has been going on long enough for me to adapt to it, I was able to learn a lot of new stuff during this pandemic, and I am still working hard to finish my new album,” he says. In 2020, he released his debut record, $KULL the Album, though he admits that he initially thought of delaying its release due to the pandemic. “My honest feeling at first was that I didn’t want to release it,” he confesses, saying: “[Releasing it] was a good decision because if I waited until the pandemic was over, it would have taken forever.”

VannDa’s pragmatic approach to problem-solving and his rigorous work ethic have propelled him to unprecedented stardom. Yet, the artist attributes much of his success to his relationship with his team at Baramey Production. “Yeah, we work as a family -– we always refer to ‘we’ or ‘us’ for our work. We work as a team. We share ideas back and forth,” he says.

More so, he carries himself with an unassuming candor that is astonishing for an artist of his stature. The rapper worked as a coconut shavings vendor as a child and taught himself music production and hip hop through YouTube tutorials. He formally pursued his career in 2016 after he left his hometown of Sihanoukville for the capital city of Phnom Penh with only a hundred dollars and his parents’ blessing.

Prior to establishing a name for himself as a hip hop artist, VannDa’s earlier work veered on soft rock and garnered moderate success. Upon joining Baramey in 2019, he immersed himself within the hip hop genre and released his breakthrough single “J+O” of 2019, which earned him public acclaim. New fans were being drawn in for his plucky verses that confronted Cambodia’s status quo and eventually, this knack for nonconformity would be the life force coursing through his body of work.

“I’ve been facing a lot and also got to solve a lot of it, too. Especially when it comes to shooting new music videos, but the team keeps doing their best,” he adds. When it comes to coping with drastic changes, VannDa shared that the loss of live performances and pre-record for virtual stages have been the most challenging. “What is my solution for these changes? I just need to learn to adapt to the new environment and keep working hard,” he says, employing a kind of resolve culled from the severity of success.

Regarding his music, he says there hasn’t been much of a difference regarding his creative process and musical production before or during the pandemic. He channeled the downtime forced by the pandemic into developing his songwriting process, learning about mixing, mastering, and sound engineering, along with delving into other creative pursuits like learning about photography and cinematography for future music video productions. 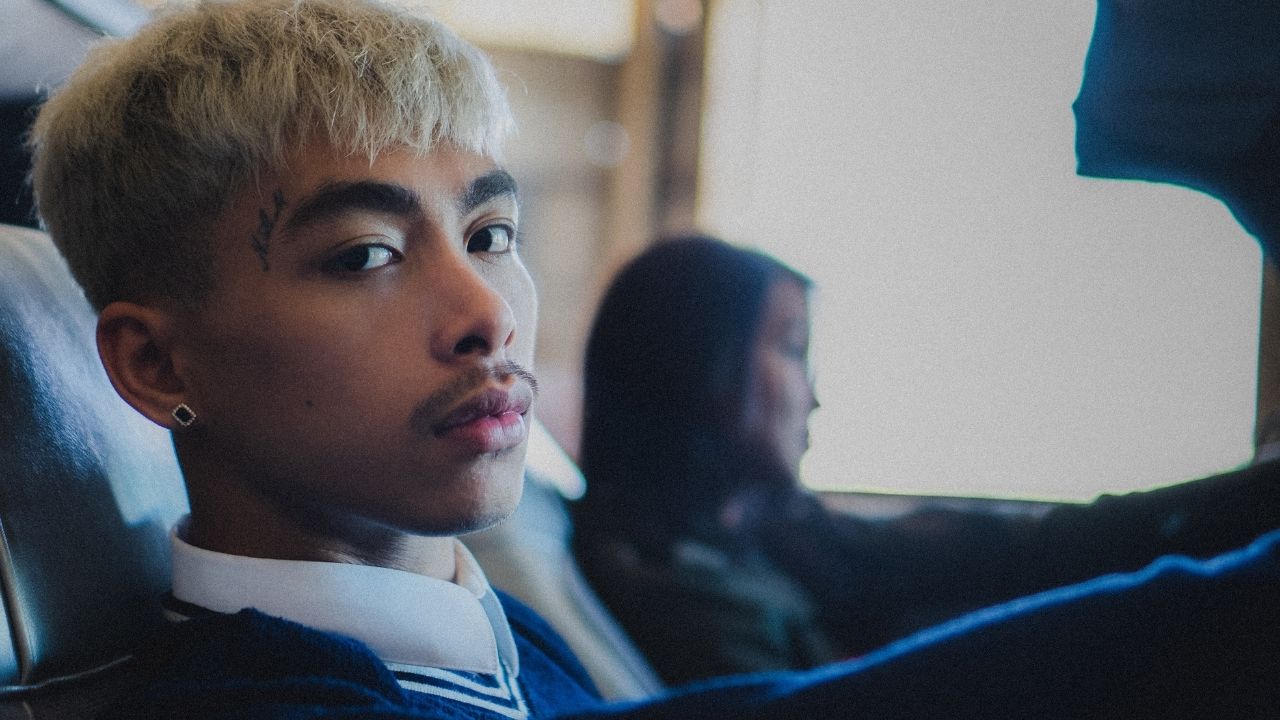 EXCLUSIVE: VannDa Shares How His ‘Catch Me If You Can’ Track & Video Came Together

With a commitment to both the visual and auditory experience as an artist, VannDa has revealed a level of artistry that has progressively refined at every stage in his career. In “Time To Rise,” he commands the viewer’s gaze uncompromisingly as he performs the track, trading the excess of the genre for resolute stillness. In the Leonardo DiCaprio-inspired “Catch Me If You Can,” he takes the high-octane sensibilities of Hollywood blockbusters as he cruises the open road and embodies the role of a vigilante. In “Monsoon,” with labelmate SONGHA, he is swarmed inside a dingy boxing ring dressed in a pristine white suit, unyielding to the clamor surrounding him as he both recounts and plays the role of an athlete’s underdog success story climbing up the ranks of society.

“Outside and inside my music, recently I’ve been on an adventure to find myself a new sound,” he shares. While reflecting on how Cambodian original music has evolved as well, he says, “Cambodian hip hop has a unique element, we have to preserve the elements our ancestors have discovered, and we’re also still finding our uniqueness and making new special pieces and tastes every day to influence and entertain our people with our voice.” 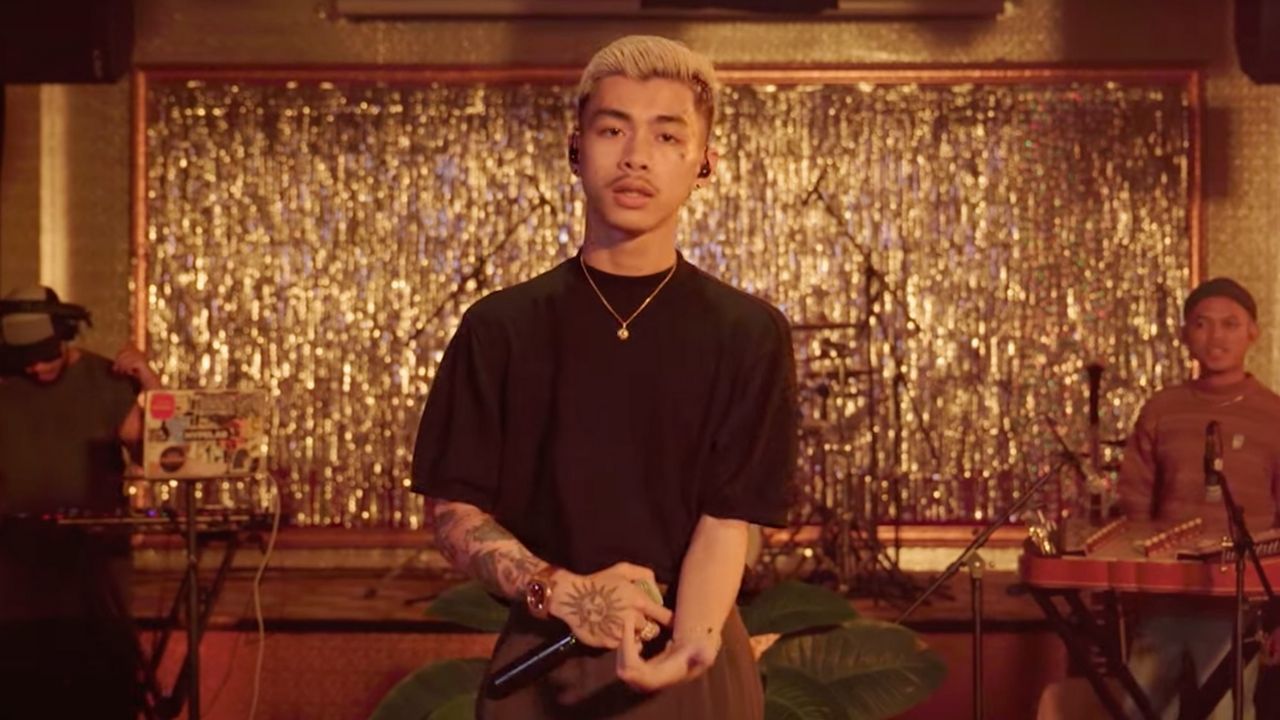 True to the ethos of celebrating individuality in hip hop, VannDa embraces the genre’s future within original Cambodian music. While the young artist is passionate about honoring and elevating his culture on the global stage through music, his commitment to the craft has garnered attention from neighboring countries. Earlier this year, he performed at the ASEAN Music Showcase 2021, which brought together artists across Southeast Asia to shed light on the vibrant soundscape of the region. “From my perspective, Cambodia’s hip hop industry has been changing a lot lately. It’s evolving to a very good place now but not yet giving the world a huge impact in the hip hop genre. But still, my fellow Cambodian artists and I are trying together for this industry,” he shares.

In many ways, hip hop has become a thriving medium for cultural preservation in a country reeling from a reckoning with itself and building anew. VannDa remains at the forefront of a new generation of Khmer artists seeking to reinvent heirlooms of the past while looking towards the future with tenacity and verve: “I’m also happy to be the face of hip hop here and happy to help this industry to grow together with the previous generation, my generation, and the next.” 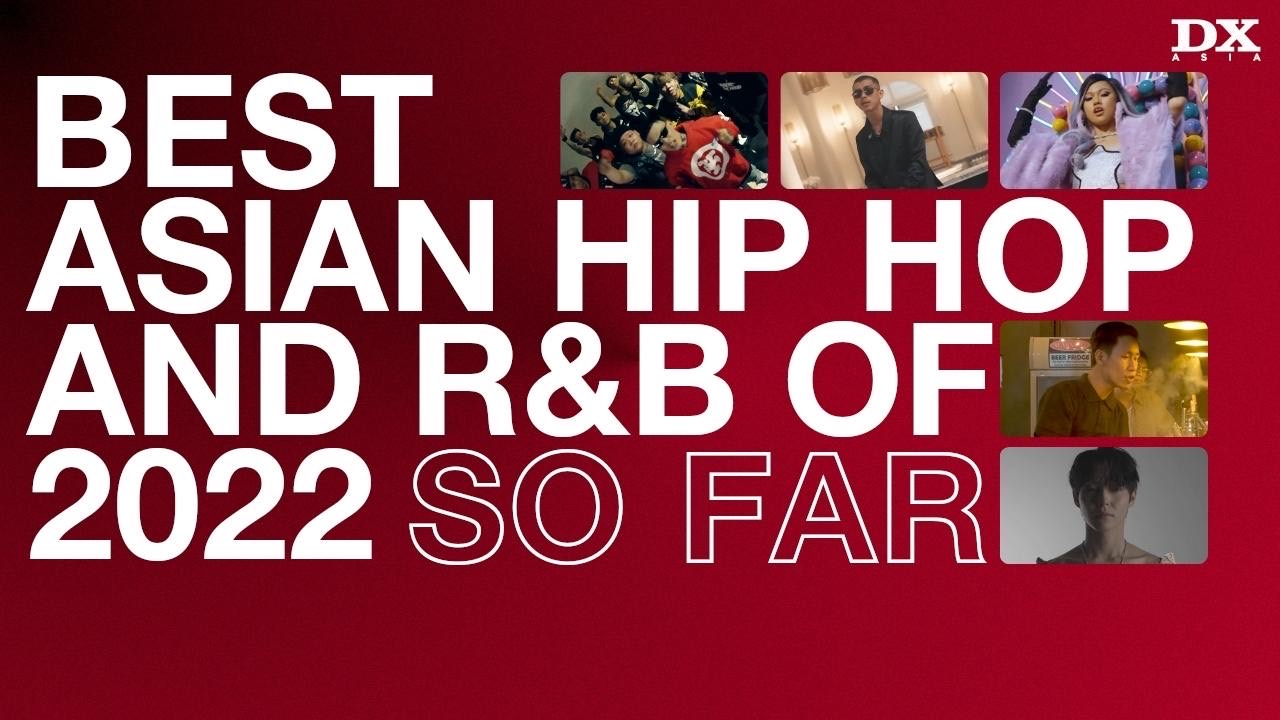 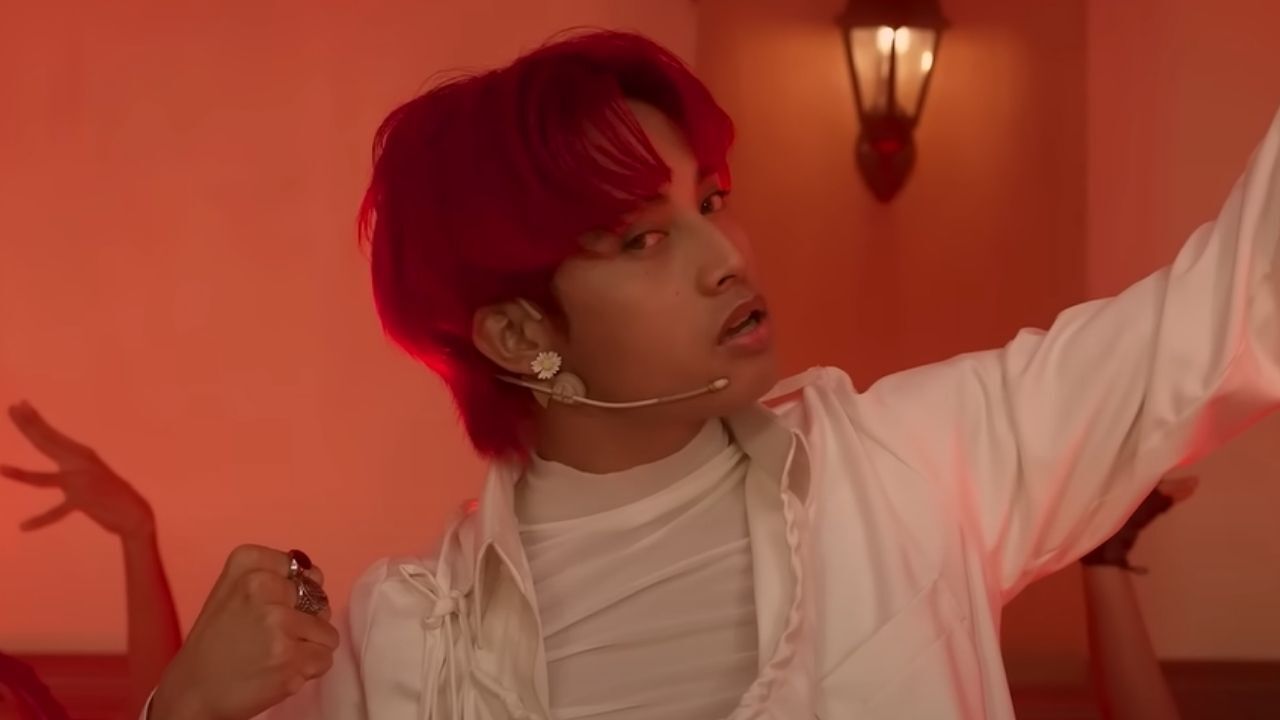 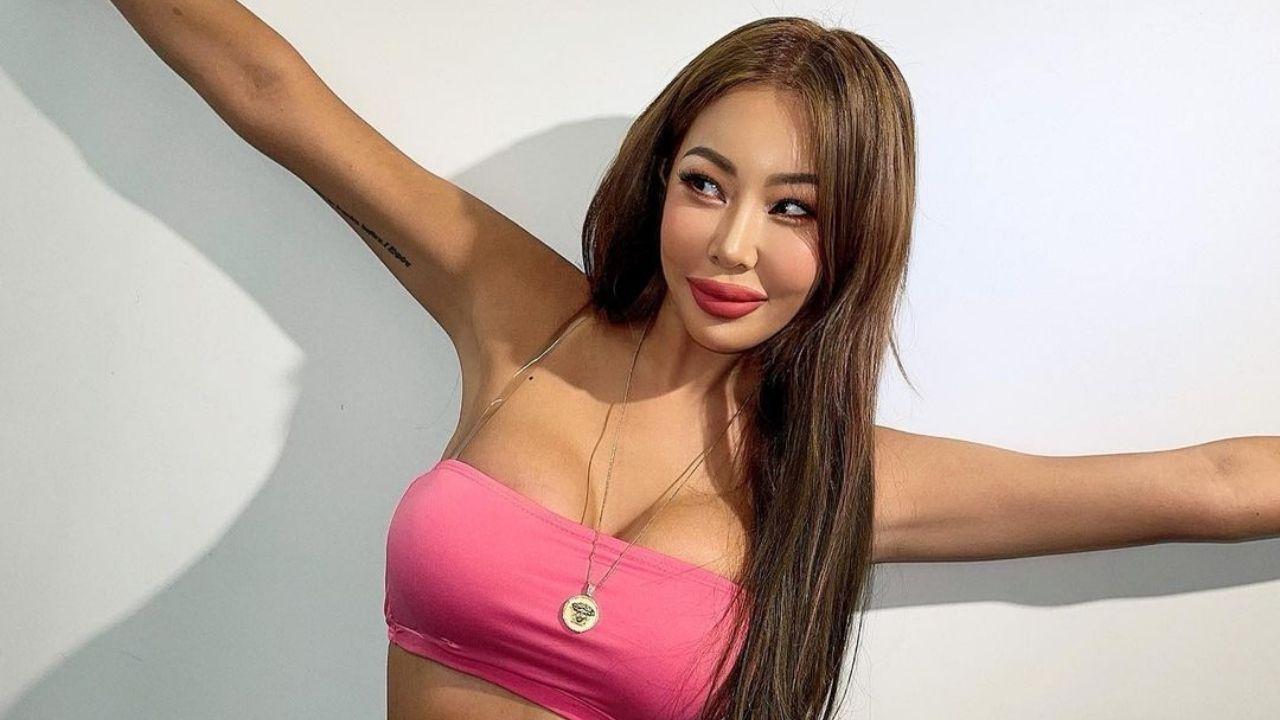