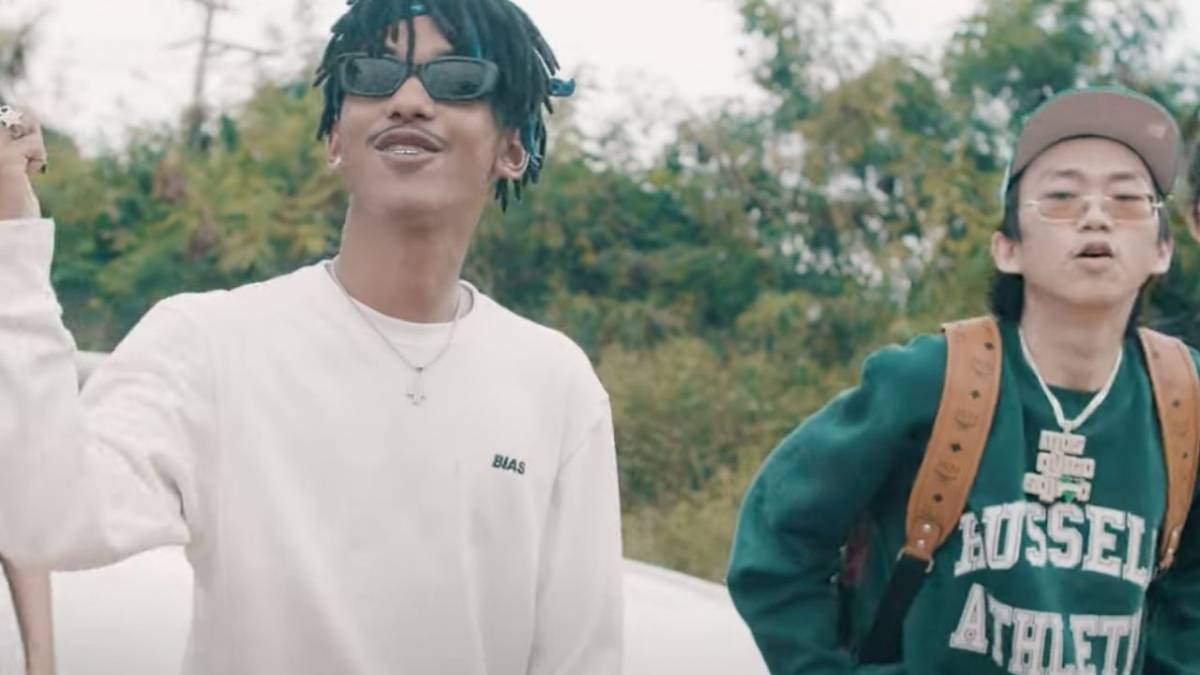 In the last six months of covering Thai hip hop, SARAN has consistently been under our radar. The rapper hasn’t even hit 20 yet, which is not unusual in the bustling local rap scene that is fair to say is currently being run by young blood.

At its forefront is SARAN, whose equally young career is marked by countless viral moments, along with his contemporaries DIAMOND MQT, YOUNGGU, and more others, who has proven time and again that he can thrive in rap’s cutthroat, pandemic-plagued competition. From an outsider’s perspective, this volume-heavy approach is overwhelming, fascinating, and suspect at once.

But at the same time, it is ostentatiously clear that SARAN doesn’t operate under the air of mystique, nor does he intend to. The jets, yachts, the golf carts, and the jewelry all at the very least suggest the rap trope of a high-roller lifestyle. In his latest single, “GOLOGOSO (โกโรโกโส),” SARAN foregoes some of the lavishly aspirational visual and instead hints at his youth. “โกโรโกโส” translates to “being dirty, shabby,” and SARAN, notwithstanding personal appearances, is perhaps the scrappiest, most visible face in Thai rap to date.

Affording him the title of “young king” is not a stretch—at the very least, he’s on his way to claim the throne. Although it’s more inarguable to note that he’s more prolific than he is proficient (he raps in Thai and his music videos currently have no English translations), it’s hard to not pay attention to him.

Sonically, SARAN switches from drill to R&B-tinged hip hop from one song to the next. In the absence of a longer and more conceptual record, we can only rely on his loose body of work so far, one dominated by both trends and established Southern American hip hop and UK grime musical styles; occasionally, he goes on a more emotive lane.

Back to “GOLOGOSO (โกโรโกโส)” featuring DIAMOND MQT and JONIN—the track isn’t even technically new. Back in June, SARAN has set a months-long buildup when he previewed it as the outro of his June track, “Academy.” Local hip hop platform HIP-HOP CULTURE TH noted further that SARAN continued to tease previews on Instagram Live. The marketing paid off. The music video has been viewed more than 500,000 times since its release last night (October 6). Not too shabby.