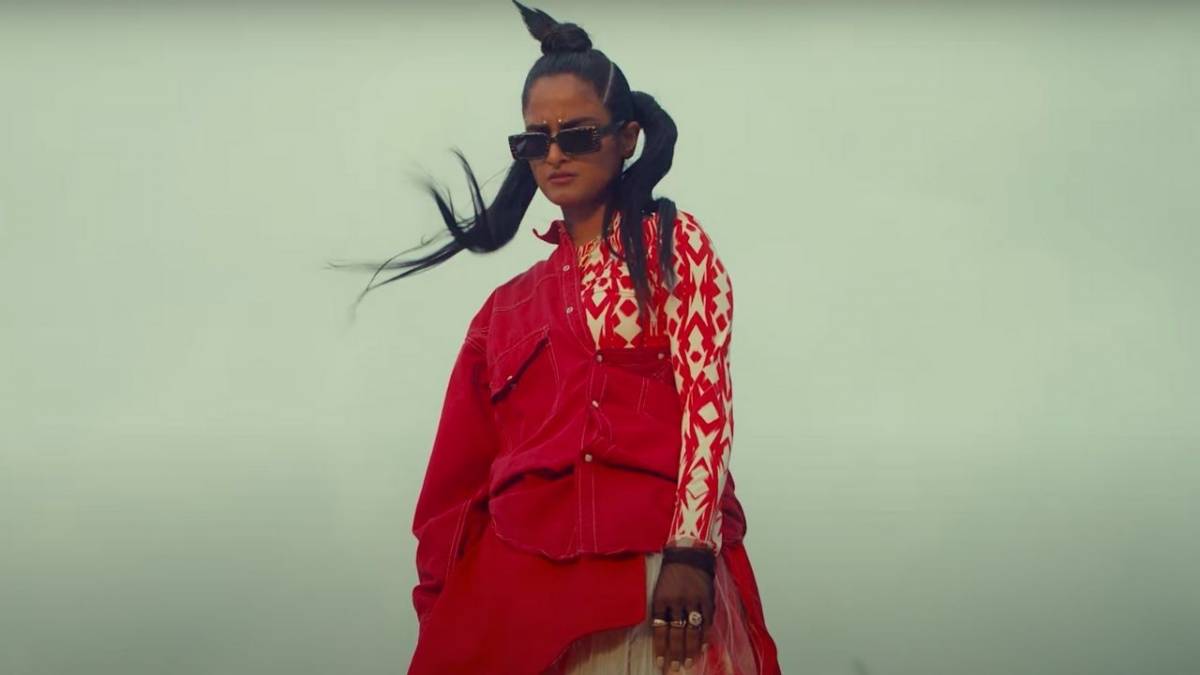 Priya Ragu’s refreshingly defiant in her latest single and companion visual for “Lockdown”—an in-your-face piece of work during a collectively weary period.

The Swiss-Tamil musician effortlessly hops from R&B to pop to tropical in her pre-mixtape release single ahead of tomorrow’s damnshetamil, her debut mixtape. Ragu—who made her official debut with the 2020 breakout hit “Good Love 2.0”—describes her forthcoming debut in an NME interview as her way of incorporating her Tamil heritage and citing M.I.A.’s mainstream success as a defining moment in her decision to pursue a music career. “I know that my songs are powerful, and I feel while making this mixtape I finally gave myself the time to explore and try out other styles. I draw from so many influences: jazz, blues, Bossa nova… I was free to do whatever I wanted to do and not confine myself to a single genre,” she said.

Priya Ragu shared that the music video for “Lockdown” was conceptualized with “of two dancers spiritually and physically connected by their movements but separated by a barrier between them. It’s a good metaphor for how a lot of people have been feeling over the last couple years, with a ton of built-up love and energy, being held down by a higher force, and finding new ways to communicate.” She also wrote about how director Dumas Haddad (“the realest G”) took the idea “deeper” and underlined the feeling of being “isolated or surveilled in their own environment, and still find away to break through and express themselves, making sure their voices are heard, and letting others know they are fighting for them.”

Don’t miss the music video for “Lockdown” below: