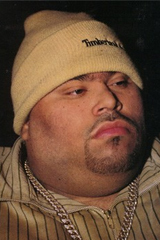 With last year’s visions of rappers (and rapper’s piff pocketers) being sent to the pearly gates earlier than usual still imprinted in the hip-hop world’s collective heads, the sad scenes of senseless violence are eerily reminiscent of previous murders and deaths that has plagued rap more prevalently since the mid-nineties.

Tupac, The Notorious B.I.G., Eazy-E, Jam Master Jay: four names most synonymous with life, death and afterlife in hip-hop. However, there have been many more unfortunate casualties that often go unnoticed, yet their impact was as indelible as their predecessors.

Enter Christopher Rios. Known in the rap world as Big Punisher, this larger-than life rapper was equal parts hardcore rhyme animal, comedian and ladies’ man. Unfortunately, his all-too-promising career was cut short seven years ago not from violence, but from a fatal heart attack. Yet, his legacy remains to this day.

Face it: there haven’t been too many rappers like Big Pun. Before he burst onto the scene in the mid-90’s, there weren’t too many Latino rappers legitimate (or talented) enough to stake their claim in hip-hop’s spit crown. Sure, there were artists and groups like Mellow Man Ace, Kid Frost and A Lighter Shade Of Brown, but they were more novelty acts than anything (let’s forget there was the Latin Vanilla Ice, Gerardo). Cypress Hill was one of the more prominent (and platinum-selling) Latino acts, yet their Mary Jane-inspired rhymes didn’t really appeal to the fans of true lyricism. And while Fat Joe was making noise as a member of the legendary Diggin’ In The Crates crew, his sales weren’t matching his reputation.

I’m the first Latin rapper to baffle your skull/Master the flow, ni**as be swearin’ I’m blacker than coal/Like Nat King…

Initially making noise for himself with appearances on Fat Joe’s 1995 sophomore album Jealous One’s Envy and The Beatnuts’ “Off The Books,” it wasn’t until his debut underground single, “I’m Not A Player” (and it’s subsequent mainstream remix, “Still Not A Player”), which got the hip-hop world’s attention (not to mention the New York government, which – thanks in part to the large, ugly, yellow “BIG PUN” signs splattered across the city – imposed a crackdown on posting promotional posters).

Capital Punishment hit the streets in 1998. With a combination of sounds for the streets, ladies & backpackers alike the album appealed to everyone & was an instant classic, making Big Pun the first Latino solo rapper to move a million units, while breathing a new life into many of the artists that appeared on the album, including Fat Joe (who first displayed his continually improving flow on his gold-selling third album, Don Cartagena) and the Full A Clips Crew (now rechristened the Terror Squad), dead prez, N.O.R.E. and erstwhile Fugee Wyclef Jean (who temporarily ditched his folk-music stylings for a much rugged sensibility on “Caribbean Connection”). Furthermore, in the wake of the Puff Daddy-sponsored shiny-suit era, it brought back a much-needed harder soundscape not unlike another heavyset rapper named Christopher, The Notorious B.I.G.’s Ready To Die.

I’ll appear in your dreams, like Freddie do, no kidding you/Even if I stuttered I would still sh-sh-sh*t on you…

Unfortunately, like all artists ahead of their time, Big Pun’s own clock was stopped prematurely seven years ago, as he was preparing to release his sophomore album, Yeeeah Baby. In a somewhat unsettling vision of his fluctuating weight gain, the album showcased a radically different Pun as he had lost some of the breath control, resulting in a far contrast from Capital Punishment’s rapid-fire delivery. Nonetheless, the album still displayed the potent combination of hardcore (“New York Giants,” “Leather Face”), humor (“Ni**a Sh*t,” “Laughing At You”) and hits (It’s So Hard,” “100%”), and paved the way for prodigy and future rhyme slinger, Remy Ma.

When you awaken, your manhood’ll be taken/Fakin’ like you Satan, when I’m the rhymin’ abomination…

Although his presence on the microphone was short-lived, Big Pun’s aura in hip-hop strongly thrives, not only through his “twin” Fat Joe, who has since moved on to platinum sales & worldwide acclaim since he introduced Pun on “Firewater,” but also to many other prominent Latino lyricists, including Juelz Santana, Immortal Technique, Lloyd Banks & Pitbull. And while he doesn’t get the recognition of a Biggie Smalls, this MC rightfully deserves a mention in the greatest of all time.