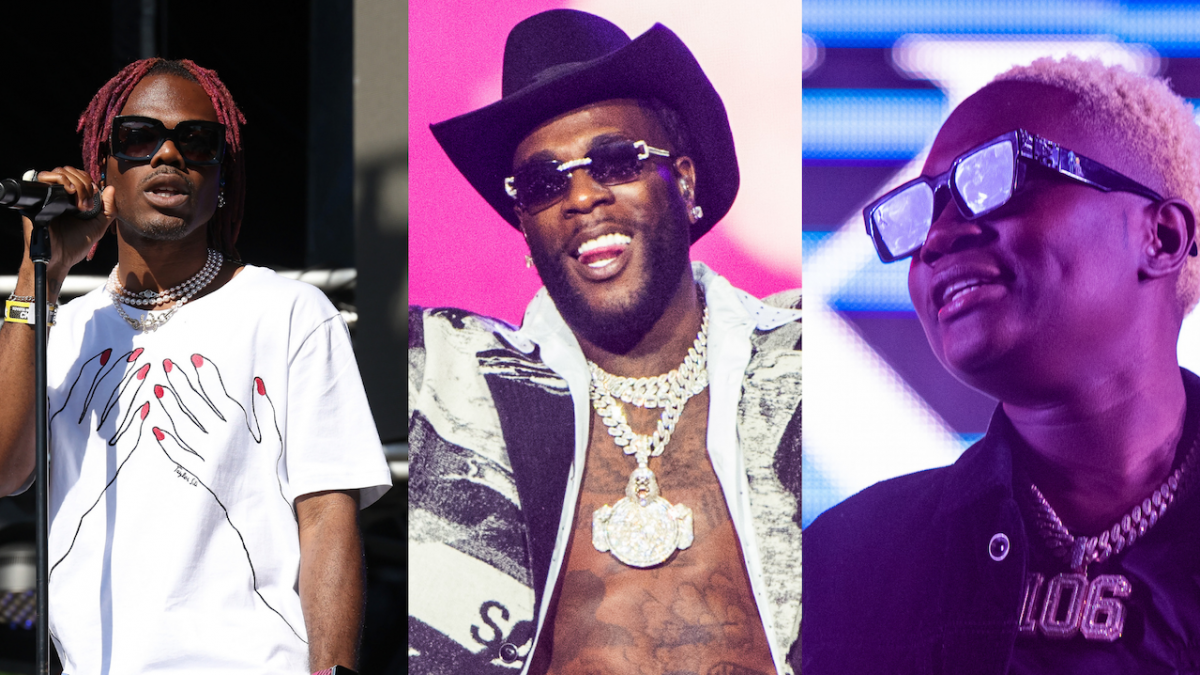 Black music in all of its many variations is dominating the globe. From Hip Hop, Afrobeat, dancehall, reggae, pop, R&B and a host of other sub-genres, Black music has become more global than ever with numerous artists expressing their artistic dexterity for the world to see.

In Africa alone, there are so many genres of music that have been birthed, and most of the world is finally catching up to the genius impacting the culture. Nigeria has been one of the hotbeds of the continent launching some of the most popular artists. Dancehall and soca music that emerged from the Caribbean are now a part of the mainstream like never before. 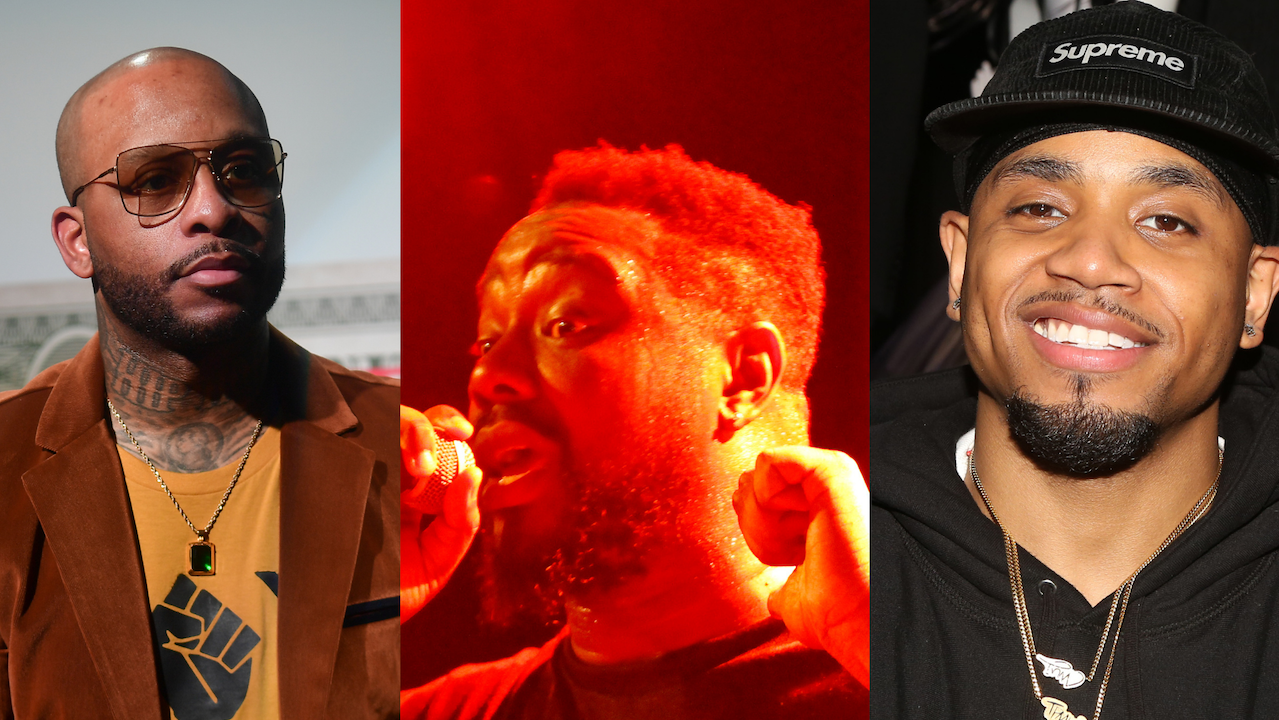 Hip Hop, the most recognizable cultural expression, can be seen throughout the Black Diaspora in many different iterations. Simply put, Black music in all of its rich diversity is everywhere. To bring you up to speed on some of the music you may be missing out on, here are 10 Black International artists everyone needs to know.

Hailing from Hackney — a borough in Inner London — and of Ghanaian descent, Bree Runway is a one-of-a-kind artist primed to make a major impact in music. The singer/songwriter and MC has been steadily carving out a unique space for herself where she’s using all her creativity.

After releasing several singles and mixtapes, she dropped her breakthrough third EP, Be Runway on Virgin EMI. Her debut mixtape, 2000and4Eva, was issued in November 2020, featuring contributions from Missy Elliott, Yung Baby Tate, and more. In 2021, Runway took home the award for Best New International Act at the BET Awards and was nominated for the 2022 Brit Award for Rising Star award.

A native of Nigeria, Burna Boy is arguably one of the most prominent international artists in music today. As one of the faces of Afro-Fusion music, the singer/songwriter has put a spotlight on musical brilliance that has always existed in Africa. He rose to stardom in 2012 after releasing “Like to Party,” the lead single from his debut studio album L.I.F.E (2013).

In 2019, he won Best International Act at the 2019 BET Awards and was named an Apple Music Up Next artist.  Capping off an incredible run over the last few years, his LP Twice as Tall won the Best World Music Album at the 63rd Annual Grammy Awards.

Nigerian singer-songwriter and record producer CKay is a flagship artist of Warner Music South Africa. His style is a mix of Afrobeats, R&B and dancehall. In October 2021, he became the first African artist to hit 20 Million Spotify Listeners, boasting over 21 million monthly listeners on his Spotify page. His song “Love Nwantiti,” also known as “Love Nwantiti (Ah Ah Ah),” became his biggest hit so far on the Billboard 100, peaking at 26. It was the first song to debut at number one on the Billboard Afrobeats chart. Also, it became the first African song in history with over one billion streams on Spotify.

Born in Lagos, Nigeria and raised in South London, Darkoo has emerged as a rising star in the U.K’s rap scene and in Hip Hop at large. In 2019 she released the single “Gangsta,” featuring British rapper One Acen to critical acclaim. The song came to prominence on TikTok and entered the Official Singles Chart at number 34 in November 2019, eventually reaching 22 in January 2020. Darkoo released her debut EP, 2 In 1, in July 2021.

Koffee is a multi-talented Jamaican reggae singer, songwriter, rapper, deejay, and guitarist from Spanish Town, Jamaica. She released her debut single “Burning” in 2017 and signed with Columbia Records in 2019. Her 2019 EP Rapture won the Grammy Award for Best Reggae Album at the 62nd Annual Grammy Awards, making Koffee the youngest person and only woman to be awarded in the Best Reggae Album category. In October 2020, Koffee was named by Elle magazine as one of “10 Trailblazing Women Changing The Future You Need To Know” Her debut album, Gifted, was released in March 2022.

Born in Ogun State but raised in Ojo, a local government area in Lagos State, Pheelz is a noted producer and singer/songwriter helping to shape the sound of Afro-pop and Afrobeat. An accomplished keyboardist, drummer and guitarist, he’s contributed to Fireboy DML’s Apollo, Olamide’s Carpe Diem and Tiwa Savage’s Celia. His BNXN-featuring single “Finesse” has over 14 million streams on Spotify.

Shenseea is one of the leading new artists poised to take dancehall to even greater heights. She burst on the scene after collaborating with Sean Paul on his single “Rollin” and Christina Aguilera on her song “Right Moves.” She then released a track called “Blessed” featuring Tyga which garnered over 2 million YouTube views in its first 48 hours. In January, Shenseea dropped “Lick” featuring Megan Thee Stallion as a single from her highly anticipated debut album, Alpha, which was released in March 2022.

Before she achieved international fame as the featured artist on WizKid’s global smash “Essence,” Temilade Openiyi, aka Tems, was working on her craft in her native country of Nigeria. She made a name for herself on the  “alté” scene, which is a fusion of alternative music and the fashion subculture. The singer/songwriter and producer scored local hits “Mr. Rebel,” and “Try Me,” before releasing her EP For Broken Ears. She appeared on Drake’s Certified Lover Boy and is credited as a featured artist on Future and Drake’s “Wait For U,” which debuted at No. 1 on the Billboard Hot 100, becoming the first Nigerian artist to accomplish the feat.

Nigerian-born Tiaw Savage launched her music career singing background for George Michael and Mary J. Blige. As a participant in the UK version of The X Factor and graduating from Berklee College of Music, Savage signed a publishing deal with Sony/ATV Music Publishing in 2009. Attracted to the influence of the Nigerian music scene, Savage moved back to Nigeria to cultivate her sound.

In 2014, Tiwa Savage was the first female Nigerian artist to be nominated for BET awards and won Best African Act at the 2018 MTV Europe Music Awards, becoming the first woman to win the category. Her album Celia, was named to Time Magazine’s top 10 albums of 2020 and features Davido, Naira Marley, Dice Ailes, and Adekunle Gold as well as British artists Stefflon Don and Sam Smith. Tiwa made her debut on US TV with a performance on The Tonight Show Starring Jimmy Fallon.

Without question, WizKid is one of the most commercially successful and critically acclaimed international artists on the scene today. Since 2016, he’s helped catapult his version of Afrobeats to the mainstream. In 2016, Wizkid collaborated with Drake on the hit single “One Dance,” which reached number one on the US Billboard Hot 100 and topped the charts in 14 other countries.

His fourth album, Made in Lagos, received commercial success and acclaim, reaching number one on the Billboard World Album Chart. The album includes the single “Essence” featuring Tems, which became the first Nigerian song to chart on the Billboard Hot 100, peaking at number 9. For good measure, Justin Bieber appears on the remix. “Essence” was included in Spotify’s Song of the Summer playlist in June 2021and former President Barack Obama’s favorite songs of 2020 playlist.