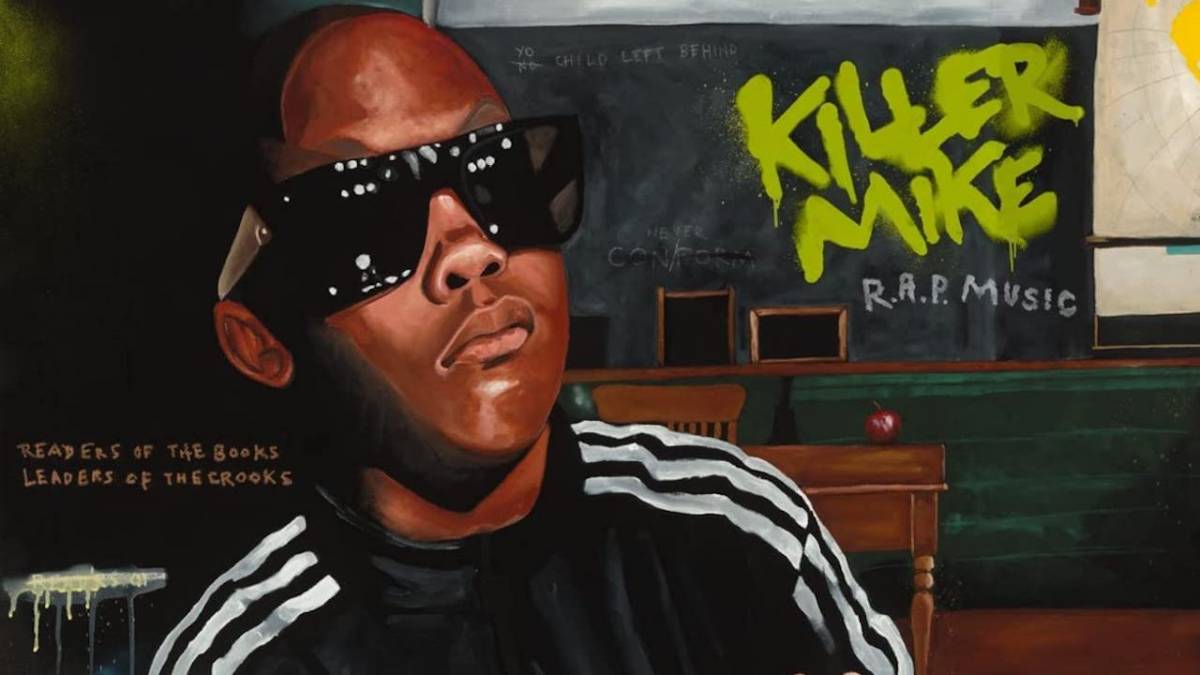 Killer Mike’s fifth studio album R.A.P. Music was released 10 years ago on May 15, 2012. Though Mike has manifested his talents and personality in numerous ways since then, many fans still harken back to this set as the moment Mike went from being an also ran to being mentioned in the same breath as some of his more famous rap contemporaries of the time.

Released through Williams Street Records of Adult Swim fame, R.A.P. Music was produced entirely by El-P, who would go on to co-found Run the Jewels with Killer Mike a year later.

On the anniversary of the album, HipHopDX had a lengthy and enlightening conversation with Killer Mike on Instagram Live regarding the cultural importance of the album. During the discussion, it quickly became apparent how deeply personal this album was for Killer Mike for many reasons. But the most prominent common denominator throughout was his family.

“I remember when I told [my father] I was dropping out of Morehouse [to do music]. Imagine if I was a white kid coming to my parents telling them I’m dropping out of Harvard to become a singer,” he told DX. “I’m a Black child telling my father that I’m going to drop out of the school that Benjamin E Mays led, that Dr. King went to, that Spike Lee went to. 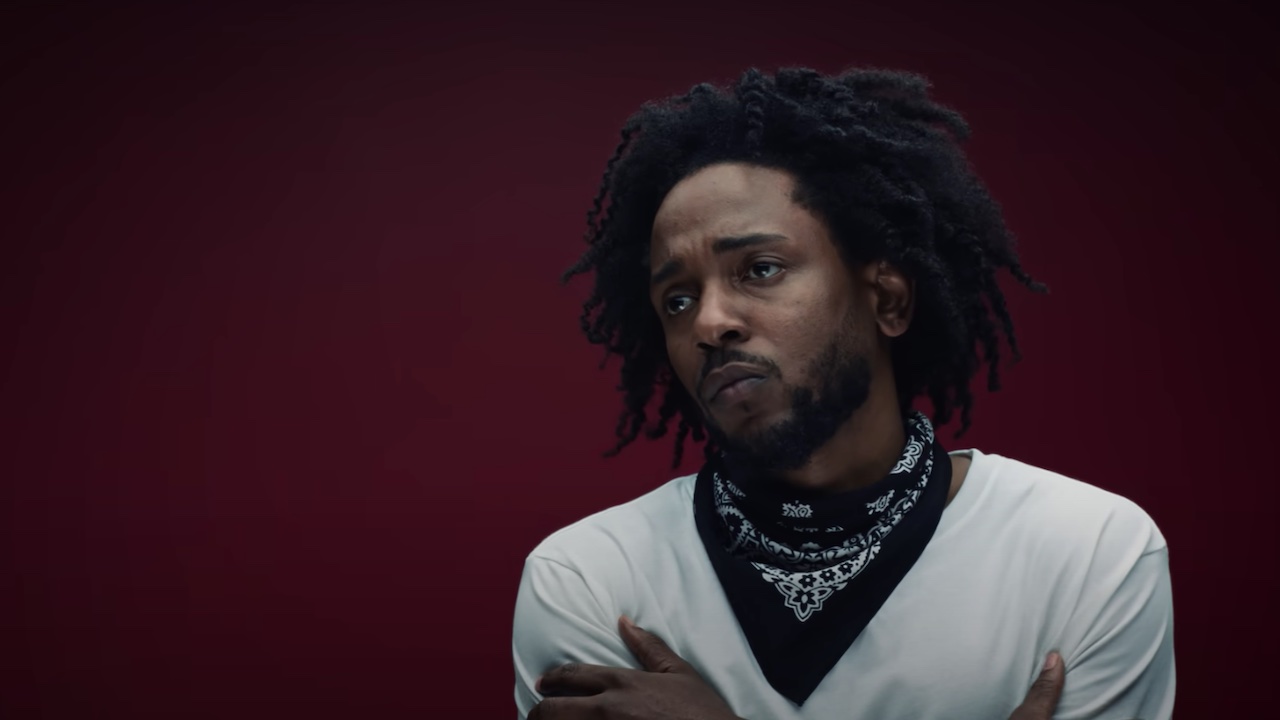 A Definitive Ranking Of Kendrick Lamar’s ‘The Heart’ Series

“I told him ‘I want to do music. I want to be an artist.’ He said ‘They call it starving artist for a reason.’ I used it as a chip on my shoulder like ‘I’m going to show my fucking Dad.’ I’m going to make this shit work.”

From his father and mother to his venerated grandmother and grandfather, and even his son, Killer Mike’s DNA is as prominently displayed throughout R.A.P. Music as his artistic DNA.

The Cover Art Is A Painting Of Mike’s Son

The cover to R.A.P. Music features what appears to be a younger Killer Mike in an adidas tracksuit, but it has nothing to do with his first single, “A.D.I.D.A.S.”

“I never liked ‘A.D.I.D.A.S.’ It wasn’t a Killer Mike song. It was a leftover Big Boi of Outkast song and Big wanted to make sure I had a hitter that the label could get behind because I was at Columbia Records at the time. That Adidas track suit is indicative of a mindset.

All day I don’t dream about sex. I dream about money and sex and cars and intellectual stuff. It’s just not sex with me. But this is my son, Pony Boy. He looks like I did at that age. He literally looks like I did. He’s now a 20-year-old with dreadlocks and his own ideas about rapping and stuff. I love him to death. He looks so much like me that it gave me a way to get at Fahamu Pecou.

Him being on that cover was all a plan for me to get the company to pay for an actual Fahamu Pecou piece that sits in my house. My wife, when we got rich, bought one. I was like ‘How can I get a Fahamu piece without having to pay for it?’  and I got William Street Records to buy into the fact that it could be the album cover.”

On the uncompromising “Don’t Die,” Mike says, “My dad was a cop, so you know I know a dirty one when I see one,” unpacking his relationship with law enforcement.

“My father, I’m sure he didn’t grow up and say ‘Hey, I wanna be a cop,’ but my Black Panther aunty suggested he go join the police force because they were hiring, trying to have more diversity.

Part of my mentality is what I’m seeing when I’m rapping. [“Don’t Die”] was inspired by the murder of Fred Hampton. Whoever was involved in the murder of Fred Hampton, your soul deserves to burn in hell because they know. If they’re still alive I pray that they are filled with bed sores and live in total discomfort because you let the state use you as an agent to kill a human being that wants better for us all and it’s a disgusting thing.

Now, before that, I had told people my mother had been a drug trafficker, my parents never married. They had me when they were very young, and that was kinda interesting to folks. But when I said my father was a police officer you would’ve thought there was a bomb in the building.

Ghetto Gospel” Was Inspired By His Grandmother

On “Ghetto Gospel,” Mike raps that his mother took him to an old “root lady,” but he admits this was an embellishment of something his grandmother did.

“My grandmother was devoutly Christian, and my mother was an artist, a florist, and a drug trafficker. Not a believer in much. She believed in humans and humanity. She believed in the God thing later in life.  The story comes from when my mother got arrested just two weeks before I turned 15, we were watching the news.  It says, ‘Woman arrested in Griffith, Georgia attempting to buy 10 kilos of cocaine’ and there was a beautiful picture of my mother on the news.

My grandmother, who was Christian, would do things that you would see in traditional African religion, and you didn’t understand why she did it. ‘Why is there water by the bed, why she burned candles, why did she use the certain herbs that she uses?’ and I realized that who we are makes its way into every part of what we are.

When my mother got arrested, my grandmother, who I thought only believed in white Jesus, we go down to this house that we were not allowed in as children. A few minutes later I see a chicken walking headless across the way. My grandmother comes back with a brown bag, candles, beads and things that she would wear and sage to burn. Two weeks later, my momma comes home.

That’s not me validating one or the other. I don’t know if white Jesus brought her home or Black Orisha, but I’m pretty sure that whatever faith and good energy that my grandmother put out aided in my ancestors clearing the way. That was just a nod and testament to my Southerness beyond southern Christianity to say that some of the elements of African spirituality landed firmly on me. “

“Willie Burke Sherwood” Was A Tribute To Mike’s Grandfather

“He was fair skinned, and he got this little black, nappy headed grandboy, but he never let me feel inferior. He always encouraged me to feel competent and confident and he never let me not know. The fact that I can quote songs to you, or that I can remember a King or X speech, was not impressive to him. What was impressive to him was could you change your wife’s brakes? Can you make sure your children have a good name in the community on their own and not embarrass our name as a family and they don’t embarrass black people? Those was rules to him.

That was important to him. Have a good name in the community so if I hear your name, I hear it in a good way. Don’t embarrass me and your momma’s name, meaning my grandmother, and don’t embarrass Black people. All that shit in between, you figure out yourself. But these are the commandments. ”

“R.A.P Music” Was Inspired By His Extended Family & His Grandmother

“People think I’m saying ‘Rebellious African People’ music. That’s not what it is. It’s ‘Rebellious, African–that’s me – people’s music. The whole people. The working class. The proletariate. Yesterday, I hung out with my friend from West Virginia who grew up with one Black friend who the first time they had a sleepover brought a boom box and a N.W.A tape. So here it is, this 12-year-old white boy and this 12-year-old Black boy and a barn in West Virginia. Sound familiar? 12-year-old, white boy. 12-year-old, Black boy galvanizing a friendship around N-ggas With Attitudes. That is the beauty of rap music. The beauty of this music that’s created by these kids. These children in the Bronx, New York, so long as you are respectful and loving and  art-driven, it is welcoming to everyone.

My grandmother would take me to these small churches and the musicians…they were amazing musicians. So the church became a place of electrified funk and soul. When I listen to rap music, it gives me the same feeling that people get when they say they got the Holy Ghost. If I’m in the Flame and I see a dancer dance, and I could tell she’s zoned out of the club, she’s out of space. That sexuality is something that’s holy to me. It’s pure because God made it. And if you can control the energy through that, that’s a holy thing too. So man for me, it was just marrying the secular and the religious. That’s what Black music is. Jazz and blues and funk are just as holy to me as gospel. And rap music is just as precious to me as any Mahalia Jackson record.”