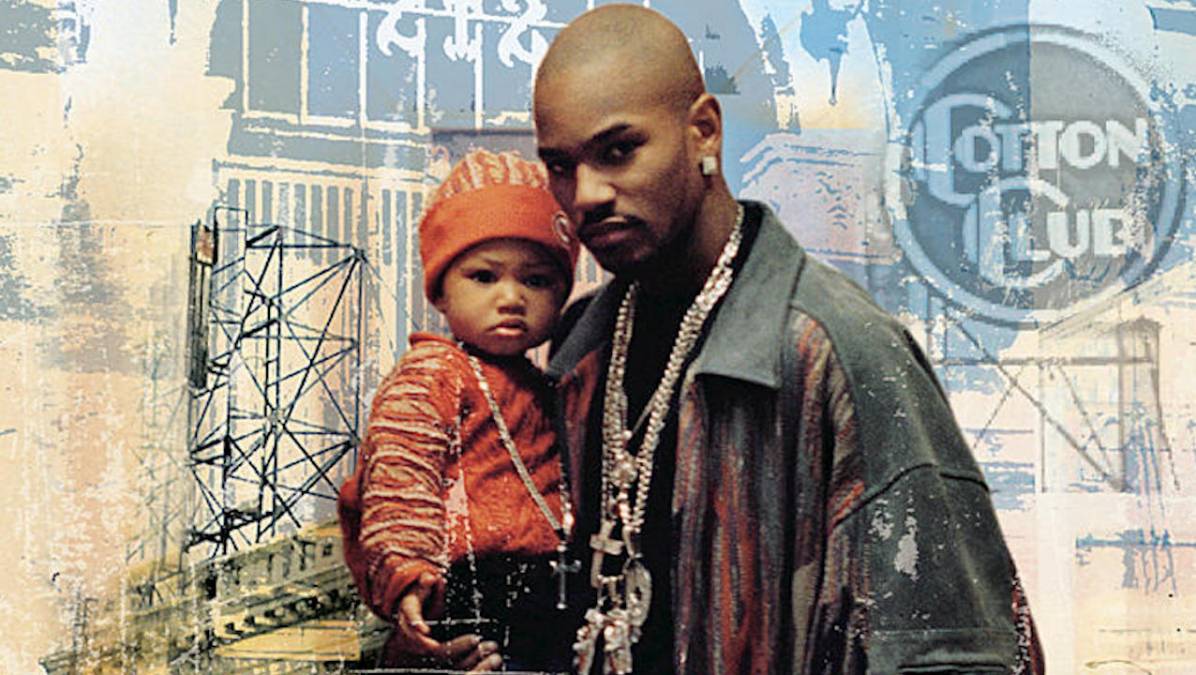 Cam’ron released Come Home With Me, his most successful studio album to date, 20 years ago on May 14, 2002. It is significant for several reasons. Firstly, it was his debut album on Roc-A-Fella Records (his first two albums, Confessions Of Fire and S.D.E were released on Epic/Untertainment). It also served as something of a world premiere for would-be super group The Diplomats.

Indeed, with such featured artists as the late DJ Kay Slay, JAY- Z, Beanie Sigel and Memphis Bleek, the album contains many demonstrations of lyrical prowess melded with masterful beats. It’s a wonder that aficionados do not harken back to Killa Cam’s signature offering when recalling examples of good East Coast Hip Hop from 2002–-a year that saw JAY-Z, Nas, Common, Busta Rhymes and Eminem and other notable MCs and collectives release some pretty dope albums. 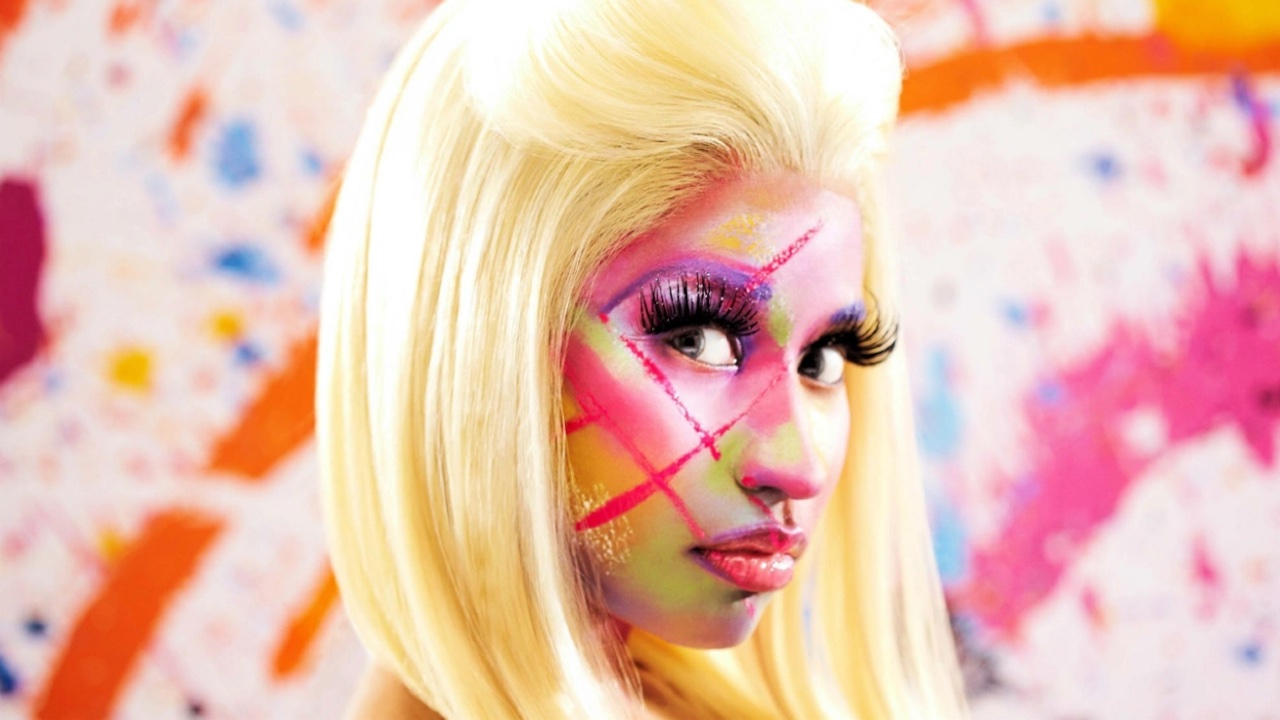 The relative obscurity of much of Cam’s opus isn’t for lack of talent or production, but perhaps because of the overwhelming success of one single, “Oh Boy.” Featuring production by Just Blaze off a sample from Rose Royce’s seminal R&B classic “I’m Going Down,” “Oh Boy” sat atop the Billboard Hot R&B/Hip-Hop Singles charts for five weeks and peaked at number 4 on the Billboard Top 100 charts.

Tack on the remixes and the impact may still not be fully appreciated.

By all indicators, people played–and continue to play–the hell out of “Oh Boy,” and rightfully so. You could make an argument that it’s Cam’ron’s best song ever, creating a quandary for those attempting to highlight the other worthy songs in the collection. But that’s why we’re here.

After some internal squabbles, here are HipHopDx’s list of Top Five Songs off Come Home With Me That Are Not ‘Oh Boy’ (…or ‘Hey Ma’).

The sequel to Cam’s duet with Prodigy on S.D.E, “Losing Weight Part 2” begins with Juelz Santana and Cam’ron discussing making plans to move weight out of state. It is a tale of economic logistics and consequences framed as brag rap. It’s yet another cut that is indicative of the pre-social media hustle times and a mindset that drove many into the rap game to begin with.

Coke cooking? Check! Tales of out of town trips? Check! Anecdotes about punishing betrayal and disloyalty? Check, check and check! Aggressive and driving Just Blaze beat that can be blasted in the Jeep all summer? Super check! However, like many of the other offerings on this list, “Losing Weight (Part 2)” gets lost in the sauce on an album that features two or three songs that are arguably his best ever.

This song was also a shout out and call home to former fellow Children of the Corn (the Harlem collective that also featured Big L, Herb McGruff and Bloodshed)member Ma$e, who had famously retired from rap by calling in to the Funkmaster Flex Show on Hot 97 just three years before Come Home With Me was released. “I just want you to know you’ll get slapped in your face/ I just wanna know what happed to Ma$e?/ I just want him to know, rock them jewels, flash that chrome, it’s all good, you could come back home…”

Cam trolling Ma$e before trolling was a thing carries a great amount of cultural significance, especially considering that years later the two MCs are still trading insults in songs and interviews.

On “Daydreaming” Cam’ron continues a well established trend of NYC- based rappers and producers incorporating samples of soulful licks that were oftentimes recorded decades before. For Cam, none other than the venerable Aretha Franklin would serve as the bedrock to this song. A daring combination that was minimalist aesthetically but makes for a catchy tune.

This is the third track upon which soul singer Tiffany adds her considerable vocals to Cam’s smoothed out ode to ghetto love. “Daydreaming” reached number 67 on the Billboard R&B/Hip-Hop charts. In an album filled with street tales of drug dealer aggression and ghetto desperation, “Daydreaming” is something of a respite.

“Welcome to New York City” is another timestamp of a post-911 New York climbing its way out of the terrorist rubble. Featuring JAY-Z and Juelz Santana, with more superb production from Just Blaze, “Welcome to New York City” was released following an important blow to the collective cultural morale of New York City, the decentralization of NYC-based gatekeepers as the Kingmakers of Hip Hop in the aftermath of the East-West beef.

It also happened after Jay’s alleged stabbing of Lance “Un” Rivera, Cam’s former label head, in 2000, and served as a unifying olive branch that the city desperately needed.

However, “Welcome to New York City” flaunts an aggressive, cocky delivery throughout that one would expect from an album that has three of the flashiest rappers to ever do it. It’s also as much a warning as it is a welcome, providing a roll call of neighborhoods that you shouldn’t visit without a local guide. And of course, a few more shots Ma$e for daring to escape the Big Apple to Atlanta.

Not content with letting JAY-Z have all the fun, Beanie Sigel and Memphis Bleek spun the Roc-A-Fella welcome wagon around the block for Cam over another Just Blaze heater. Whether it was the clubs, the radio or Limewire, this song got major spins than wet laundry with Cam in rare form.

It’s simple and straightforward, but Cam’s confidence and delivery, pushed forward by the declarative horns sprinkled throughout Just Blaze’s production, are buoyed in a manner that perfectly compliment one another.

Come Home With Me is one of those great albums that has the misfortune of being released at a time when competition within the genre was so stiff that even albums that had all the bells and whistles one expects (features, hit-making producers, big time label affiliation/budget) still fall victim to collective amnesia. But 20 years later, the majority of it still knocks.