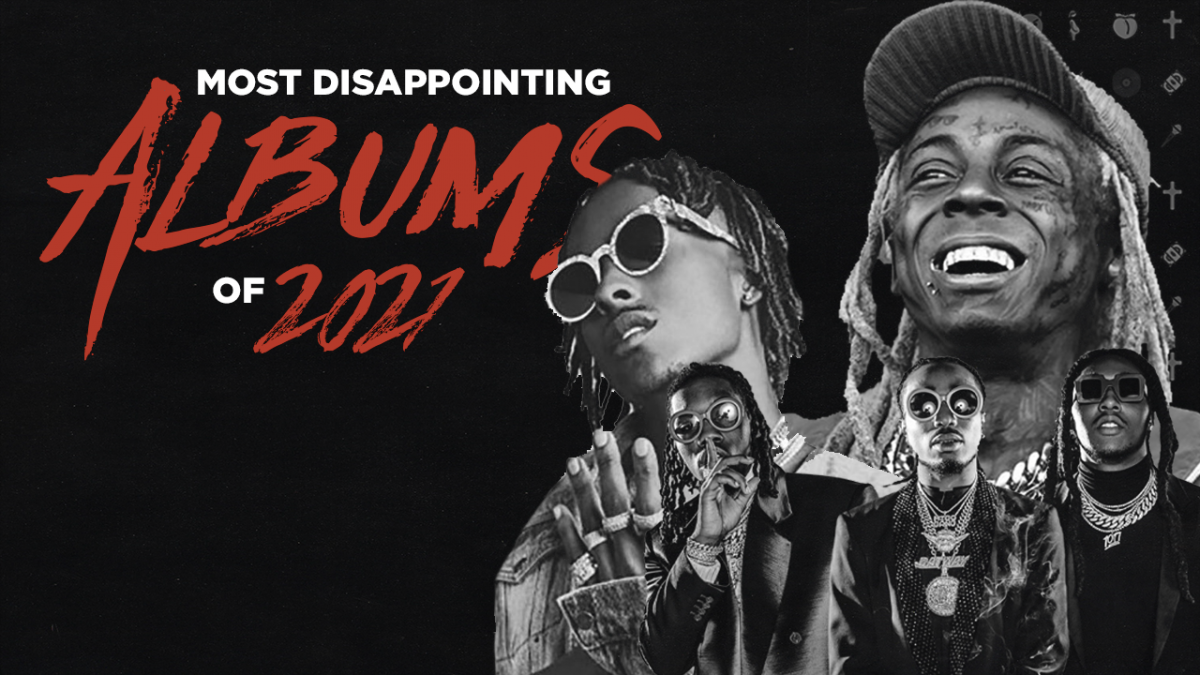 Most Disappointing Albums of 2021

2021 was another star-studded year in Hip Hop. Some of rap’s dignitaries returned to deliver albums such as Kanye West, Drake, Nas and J. Cole. While others like Moneybagg Yo, Polo G and Tyler, The Creator did their part to serve the Billboard charts and streets equally with five-course meals, and there seemed to be something for just about every lane of rap connoisseur out there.

As usual, Twitter was present to let everyone know if an album was a certified classic or a colossal flop within minutes of a project’s arrival. Sometimes the harshest criticism arrives due to high expectations. The following albums weren’t necessarily all bad albums, they simply didn’t live up to the hype for one reason or another. Take a trip with HipHopDX to sift through our list of the most disappointing albums of 2021 below.

Lil Durk & Lil Baby – The Voice of the Heroes A pair of Rapper of the Year candidates for 2020 had expectations through the roof, but The Voice of the Heroes largely fell flat from their trap gold aspirations. The joint project looks even more puzzling when the best Lil Baby and Lil Durk collaboration of 2021 ended up on DJ Khaled’s album with the platinum-certified “EVERY CHANCE I GET.” Putting together a posthumous album is a delicate proposition. While Shoot for the Stars Aim for the Moon displayed Pop Smoke’s superstar capabilities, Faith featured recycled lyrics, forced guest spots and seemed to stray further from what endeared the King of Brooklyn Drill to fans in the first place. Even though the smoke will never clear, it’s time to let Pop Smoke’s legacy rest. For much of the 2010s, the entire industry wanted a scoop of the Migos’ signature sauce to add something from the ATL trendsetters to their own recipe. Three years after C2’s arrival, Culture III largely came and went without anything sticking in the 2021 yearbook while the trio’s celebrity status has finally outgrown their musical output. Baby Keem’s The Melodic Blue was a lightning rod for controversy. With one side of the conversation crowning the 21-year-old California native as a leader of the next generation, others chalked his meteoric rise to the Grammy Awards up to nepotism and having the good fortune of being Kendrick Lamar’s cousin. While the debate rages on about how would reign victorious in a potential Lil Wayne and JAY-Z Verzuz battle, one thing everyone can seem to agree on is that Weezy wouldn’t press play on any track from his Trust Fund Babies collab effort with Rich The Kid. The biggest issue for Drake to overcome when it comes to his albums is being Drake. While also being the most ubiquitous voice in Hip Hop for the last decade, it’s nearly impossible to satisfy every facet of his wide-ranging fanbase. The hype for Certified Lover Boy was fueled by multiple delays and its arrival didn’t move the needle with every CLB track sounding as if it could land on any of the 6 God’s previous projects of the last five years. J. Cole, J. Cole, J. Cole. What happened to the spirited rhymer from his first three albums? While many of the Hip Hop values that the Dreamville spitter was raised on have departed from the genre’s mainstream, it’s as if he’s made peace with coloring inside the lines with his lyrical gymnastics and hiding behind the guise of “real rap.”

Be sure to check out some of our other Year End Award Categories, articles and our previous year’s winners below: