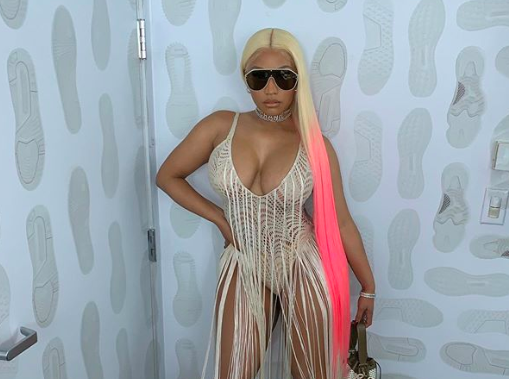 Tweets Is Watching: Nicki Minaj Gets Nostalgic After Dropping 'Beam Me Up Scotty'

This week’s installment of Tweets Is Watching includes Nicki Minaj reflecting on her first week’s numbers.

Nicki Minaj Reflects After Dropping “Beam Me Up Scotty”

80K wow. My 12 year ago self would be so proud. No videos, lyric videos, no tik tok challenges, no radio & no heavy playlisting due to it coming as a surprise. Didn’t even drop w|clean versions to the songs. Long live #BeamMeUpScotty I love you guys so much. Thank you so much🥲🦄

Nicki Minaj is proud of her album moving 80,000 units in its first week.

that switch it up ain’t it @gherbo we gotta fix it‼️You know what PRODUCERS TAP IN and send me some new options. $5k for the best one. Ya’ll can help me decide we gotta get this right and We re-releasing with the best one next week‼️ Don’t send me no shit that can’t be cleared‼️

Pooh Shiesty asks for producers to remake his “Switch It Up” beat after fans are unhappy with a new version of the track.

Lakeyah Looks For A Name For Her Fans

Lakeyah jokes about calling her fanbase “the goats.”

Young Thug is kicking off a new livestream performance series called The Wiltern.

Latto Reveals She Had A Health Scare

Y’all don’t even know I been in the ER & wasn’t able to promote “The Biggest” myself but I’m feeling better & seeing all the support feels amazing ❤️🎰 Thanks for hearing me out and accepting my apology!

I actually was in the ER for a serious health scare.. I’m open about my surgeries this had nothing to do w that https://t.co/8FEczUyzQi

Latto explains why she couldn’t promote her latest single.