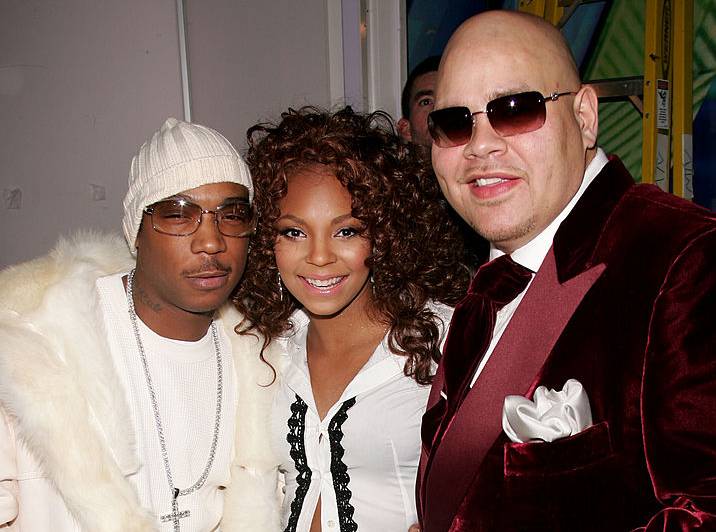 During an Instagram Live conversation on May 15, Fat Joe revealed to former Murder Inc. leading lady Ashanti their collaborative single “What’s Luv?” was almost given to Jennifer Lopez.

The hit single skyrocketed to No. 2 on the Billboard Hot 100 in 2002 and helped make Fat Joe a platinum-selling artist for the first time in his career with the album Jealous Ones Still Envy (J.O.S.E.). Yet, it was a revelation Ashanti herself had never heard.

Looking shocked, Ashanti exclaimed, “I never knew that,” to which Joe replied, “No, it’s a fact though. I’m not lying to you.”

To grasp why Ashanti was so taken aback, we must take a look at the sordid history between J. Lo and Ashanti. It dates back to 2001 when the then up-and-coming singer recorded a demo for Lopez’s “I’m Real (Murder Remix),” which appeared on both the reissue of Lopez’s J. Lo album and Ja Rule‘s third studio LP, Pain Is Love.

For J. Lo, the single was a career turning point. Prior to its release, she had largely failed to connect with urban radio but with the help of Irv and Ja, she transitioned from pure pop to an R&B/Hip Hop sound that defined most of her biggest hits.

Writing and providing reference tracks isn’t inherently outlandish in the industry. However, during the actual recording and mixing of the song, a decision was made by Murder Inc. to leave Ashanti’s background vocals, adlibs and chorus on the song (without credit, of course).

In a 2014 interview, she said, “It was bittersweet … I was excited because it was J. Lo. But, I was so mad at Irv because I was like, ‘You know I wanted that record!’”

In hindsight — especially considering the immense success Ashanti had a year later — the song could’ve been appropriately billed and still enjoyed success.

What makes the situation even more interesting is J. Lo and Murder Inc. didn’t just do this once but twice.

Similar to the ”I’m Real (Murder Remix),” J. Lo and Murder Inc. left some of Ashanti’s reference vocals on the ”Ain’t It Funny (Murder Remix),” which obviously rubbed Ashanti the wrong way.

In years that followed, Ashanti came into her own. Her 2002 self-titled LP earned three platinum certifications and debuted at No. 1 on the Billboard 200. It also secured her a Guinness World Record for the highest first-week sales for a female artist’s debut.

But still, there was lingering animosity when she had to sit through J. Lo performing her two biggest urban smashes, which (in essence) amounted to Ashanti karaoke.

She notably shaded the “Jenny From The Block” singer on the 2018 MTV VMA red carpet, remarking, “I think it’s amazing that she’s getting honored tonight [with a Vanguard award]. Hopefully, she’ll be performing one of the songs I wrote for her.”

This isn’t the only example of J. Lo hijacking songs or leaving reference vocals on a track without offering any credit. In fact, such allegations date back to her debut album, where the singles “If You Had My Love” and “Feelin’ So Good” contained chorus vocals by Shawnyette Harrell and Jennifer Karr, respectively.

Ashanti’s reaction to this newest revelation is on point, considering it would have netted J. Lo a hat trick were it not for Fat Joe. Also, based on past history, the song would undoubtedly have included Ashanti vocals.

“What’s Luv” peaked at No. 2 on the Billboard Hot 100 and remained on the chart for 20 weeks. The song also made Ashanti the first female artist to simultaneously occupy the top two positions on the Hot 100.

Revisit the smash below.