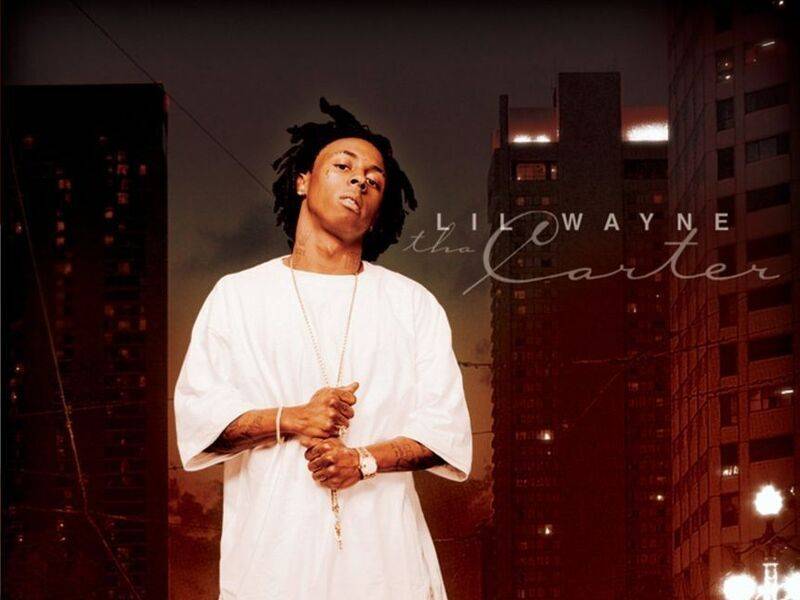 Joey Bada$$ chastised artists for making long Hip Hop albums in a recent interview and it’s easy to see why. In a world where thousands of projects are dropping each month and listeners have instant access to so much music, it can be hard to defend albums with long runtimes.

Artists are fighting for attention in a crowded landscape, so a 45-minute LP is simply more digestible — and may have more replay value — than something going way over the hour-mark. Unnecessarily bloated albums are certainly frustrating for fans but that doesn’t mean all lengthy LPs are without merit.

With that in mind, HipHopDX looks back at five such albums that Joey — and any Hip Hop fan — should listen to despite their length. Even with the exclusion of double LPs, each of these projects contains at least 20 songs and has a runtime of more than 70 minutes. 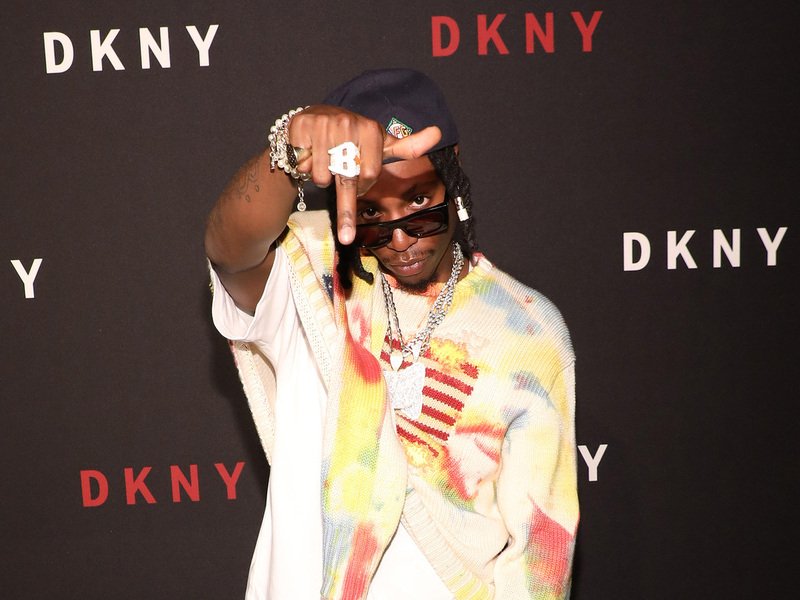 Prince Paul mastered the concept album when he made 1999’s A Prince Among Thieves. A decade before its release, the legendary producer pioneered the Hip Hop skit with De La Soul and introduced a new tool to rap’s worldbuilding in the process. But Paul achieved unimaginable heights on A Prince Among Thieves, concocting an album-long narrative that could have been its own movie.

Paul directs the proceedings, producing the 35-track LP and casting multiple MCs in key parts in his tragic story. The Juggaknots member Breeze Brewin plays the lead role of Tariq, an aspiring rapper with the goal of recording a demo tape for RZA.

Along the way, Tariq encounters a varied cast of characters portrayed by artists such as Big Daddy Kane, De La Soul, Xzibit, Everlast and Kool Keith. With a mix of skits and story-driven songs, each track builds to a heartbreaking ending when Tariq is betrayed by his close friend True (played by rapper Big Sha). Although the conclusion is a punch in the gut, the 77-minute album is worth every second. A Prince Among Thieves is the Hip Hop concept album at its finest and absolutely justifies its length.

Lil Wayne is no stranger to long albums with multiple LPs in his discography containing at least 20 tracks and clocking in at well over 70 minutes. That doesn’t even count his mixtapes, which have also tended to be marathon listens (such as his acclaimed Dedication 2 tape with DJ Drama).

One Weezy album that’s completely worth the long runtime though is 2004’s Tha Carter, a pivotal release in the former Cash Money rapper’s career. After playing second fiddle to B.G. and Juvenile for years in the Cash Money hierarchy, Wayne finally emerged as a true star on the first entry in his Carter series.

Tha Carter, which marked Mannie Fresh’s last time producing an album for Cash Money, was Wayne’s first attempt to claim Hip Hop’s throne. Following JAY-Z’s brief retirement in 2003, Weezy declared he was “the best rapper alive since the best rapper retired” on “Bring It Back” and backed up his bold claim with his 79-minute performance on Tha Carter. Wayne displayed his growth as a lyricist over the course of 21 tracks and established himself as elite, jumpstarting an impressive run as one of Hip Hop’s top artists for the next decade.

Gang Starr fans may disagree on what the duo’s best album is, but no one can deny the greatness of 1998’s Moment Of Truth. Guru and DJ Premier’s amazing run in the ‘90s concluded with their longest album of the career, but the 78-minute runtime didn’t result in any diminished quality.

Moment Of Truth features some of the finest production of Preemo’s career with classic records such as “Work,” “Royalty,” “Above The Clouds” (which he played during his Instagram Live battle with RZA) and “New York Strait Talk” among the bunch. Guru was arguably at his peak too, delivering some of his most thoughtful and inspiring songs (particularly his life lessons shared on the title track).

Gang Starr’s fifth album also boasted their most stacked guest lineup, bringing in heavy hitters from outside of the Gang Starr Foundation family. With the contributions of Scarface and Wu-Tang Clan’s Inspectah Deck, the additional firepower paired with Preemo’s production easily made the 20-song tracklist an enjoyable listen from beginning to end.

Like Lil Wayne, The Roots have plenty of long projects in their catalog. In particular, the band’s four albums spanning from 1995’s Do You Want More?!!!??! to 2002’s Phrenology each had a minimum runtime of 70 minutes. And while the best of the bunch is debatable, the longest – 1996’s Illadelph Halflife – is certainly a contender for the crown.

For listeners that found The Roots later in life, this iteration of the group might seem unfamiliar. While Black Thought and Questlove have always remained constants, Illadelph Halflife comes from an era when Malik B was one of The Roots’ two rappers and beatboxer Scratch was still in the mix. The album also saw increasing contributions of longtime Roots affiliate Dice Raw – and that’s not even mentioning the guest lineup (Q-Tip, D’Angelo, Bahamadia, Raphael Saadiq and Common, among others).

With so many pieces involved, it’s no surprise the album has a 78-minute runtime. Luckily, the talents of all the top-notch MCs and musicians make sure Illadelph Halflife’s not a chore for the listener. From Black Thought and Malik B trading bars on “Respond/React” to the relaxing and largely instrumental “One Shine,” The Roots made one of 1996’s best Hip Hop albums and something that’s still entertaining to this day.

Despite the 14-year gap between the original and its follow-up, Raekwon was able to recapture the magic of his classic debut and avoid one of the most frequent pitfalls in entertainment: the disappointing sequel. On the 70-minute LP, Rae brought back his vintage sound and add a few new twists to the chamber with the production of some all-time greats (RZA, Dr. Dre, J Dilla, Pete Rock, Erick Sermon and Marley Marl). 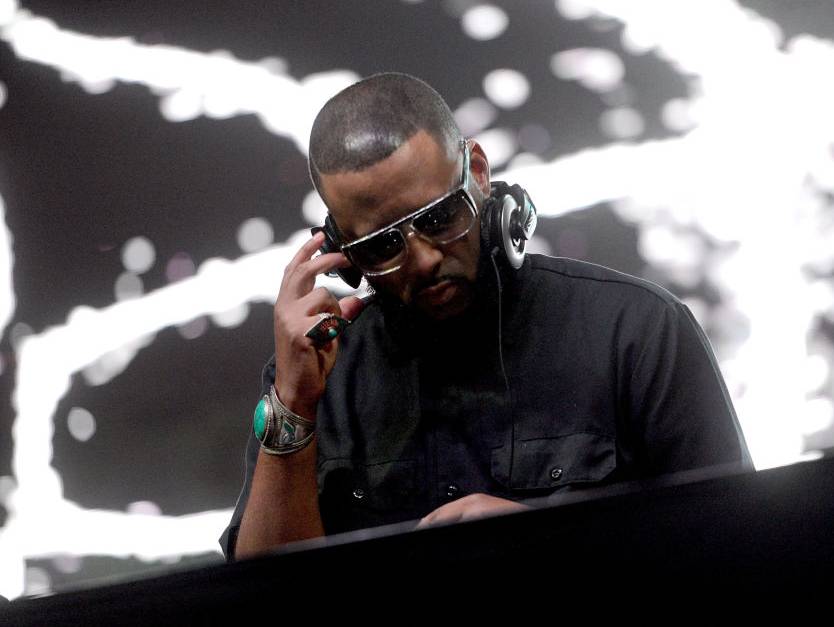 
And like any good Wu-Tang Clan album, Pt. 2 was filled with Rae’s fellow members. Ghostface Killah, his righthand man on the original OB4CL, was back in the mix along with Method Man, GZA, Inspectah Deck, Masta Killa, RZA and Cappadonna. Throw in a few other rap titans (Slick Rick, Beanie Sigel and Busta Rhymes, among others) and it’s obvious why this LP needed to be 22 tracks. It also had been six years since Rae put out a solo album, making it all the better to get so much material from The Chef.

Even if that wasn’t the case, the music was great enough to validate OB4CL2’s length.