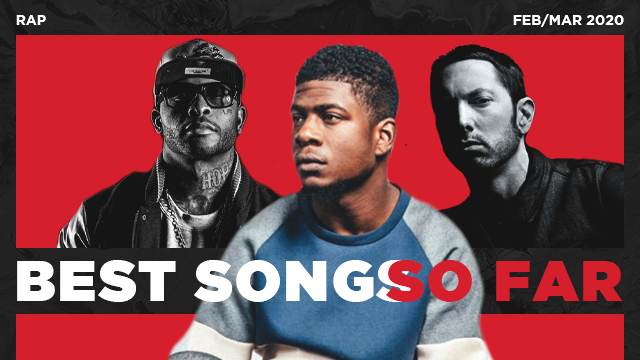 DX compiles a list of some of the best tracks that drop each month of the year. Here is our list from February, including new music from Royce Da 5’9, Denzel Curry and more.

You can also read our list of the Best Rap Songs of The Year… so far, which is updated monthly.

Check out the Top Rap Songs of February 2020

The Best Rap Songs of February 2020

Over a loopy interpolation of the classic novelty hit “Tom’s Diner,” Royce Da 5’9 and Benny The Butcher prove why their amongst the elite lyricists of today’s Hip Hop on “Upside Down.” Name another record in 2020 that will give you a history lashing on South African Khoikhoi woman Sarah Baartman while simultaneously inducing the screw face.

South Memphis rapper Key Glock tells his story on the haunting Bandplay-produced track “1997,” which is taken from the recently released album Yellow Tape. The Paper Route EMPIRE rapper stays true to his hometown with his Three 6 Mafia flow and bluesy rhymes.