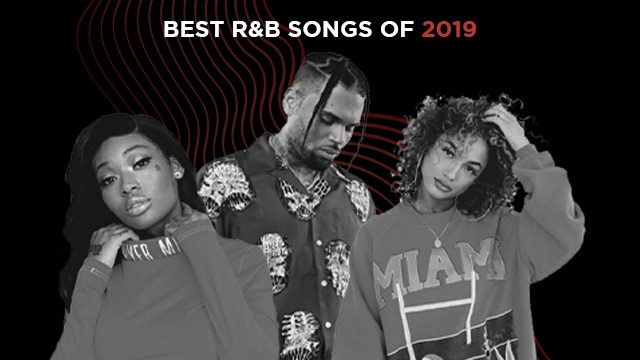 This year, catchy melodies and ’90s samples were all the rage in 2019 R&B music. We’re currently living in a time where those raised on the music of Aaliyah and SWV are injecting their own artistry into the sounds they grew up on, which is not much of a difference from last year.

What R&B in 2019 did very well though is become more refined and more stable. It’s still very much alive and well. This list is based on sound first, prominence of each record second and lastly (if at all), numbers and accolades.

Here are HipHopDX’s picks for the best R&B songs of 2019.

Roddy Ricch may be new to the scene, but he’s already a Grammy-nominated artist for three awards, including Best Rap Song for “Racks In The Middle” featuring Nipsey Hussle and Best Rap Performance for the Mustard-produced Perfect Ten track “Ballin.'”

“Ballin'” took its sample from 702’s 1997 track “Get It Together” and tells the story of everything the Compton native had to go through to get to where he is today over production Mustard re-worked to fit a West Coast vibe, which hit No. 1 on Billboard’s Rhythmic chart.

Roddy’s No. 1 debut album Please Excuse Me for Being Antisocial was released on December 6.

Frank Ocean is the most mysterious R&B singer this generation has experienced and this year he began to surface from obscurity with a few tracks and among them was “In My Room,” written and produced alongside Michael Uzowuru.

The song is awkward, yes; confusing, sure, but it’s definitely a song that grows on the listener and has Frank switching between spoken word and crooning about falling for someone he just met.

The follow-up to Blonde seems to be near.

UK singer Mahalia linked up with fellow countrymate Ella Mai for “What You Did” off her sophomore release Love & Compromise.

The song is filled with honesty. Mahalia’s unassuming voice fits nicely next to Ella’s thick vocals as they both sing of never going back to a man who wronged them.

“What You Did” landed on both the Hot R&B and Adult R&B Billboard charts.

Mysterious boy-girl R&B duo Emotional Oranges released their first studio album, The Juice Vol. 1, in May and on it is a song titled “Personal,” which details the perspective of love according to the other.

“I like to push her buttons, it gets her tight/I say something slick like, ‘Maybe I ain’t your type’/Your problem is you get angry/You always take it personal, personal like that,” he sings to her over rhythmic production fitting for a dance-pop record from the 1980s.

Despite being super low-key, their bubbly “Personal” tune has accumulated over a million YouTube views and over 8 million plays on Spotify.

The Weekend‘s “Heartless” landed at No. 1 on Billboard’s Hot 100 chart, becoming his fourth No. 1 overall. Produced by Metro Boomin and Illangelo, the song is expected to live on his forthcoming Chapter VI project.

Throughout the emotionally charged record, he sings of his romantic fate surrounding his ex-girlfriends Bella Hadid and Selena Gomez and his decision to go back to being a ladies’ man.

“Heartless” has over 19 million plays on YouTube alone since its debut and over 69 million Spotify plays.

At the top of this year, Top Dawg Entertainment artist SiR released Chasing Summer, which was boosted by the track “Hair Down.”

It serves as a truly beautiful song that begs to be heard over and over with its enchanting guitar riffs, piano keys and use of percussion thanks to the production work from Michael Ozowuru, Mike Hector and Jeff Kleinman.

The vibe of “Hair Down” is freeing and traverses what life has been like since getting some recognition.

On YouTube, the music video for “Hair Down” has accumulated over 16 million plays and is SiR’s top-played track on Spotify with over 29 million plays.

“Shea Butter Baby” by Ari Lennox is divine. The sounds of a snazzy guitar up against a snare drum while Ari Lennox sings with honest awareness makes this song one of the best of the year. You can nearly smell the shea butter stemming from the luxurious track, which made an appearance in the film Creed II.

“Shea Butter Baby” is one of Ari’s most popular songs and though she’s threatened to quit music, her album of the same title and this song alone is reason enough as to why she should continue to create lush tracks to bolster — and satisfy — her fanbase.

The song hit No. 26 on Billboard’s Adult R&B Songs chart with nearly 60 million plays on Spotify alone. It’s one of the purest R&B tracks released this year.

23-year-old DaniLeigh tapped in with Chris Brown for the remix to her The Plan track “Easy,” giving it a new kind of life.

The passionate duet hit the Hot 100 charts with over 105 million plays on YouTube. The video features the up-and-coming singer and Chris dancing while losing themselves into the smooth melodies of the record.

“Let me catch ya vibe, let’s just take our time,” the Prince-approved singer croons on the hook and the sonics of the song are reflective of that entire line.

The ’90s R&B samples ran rampant in 2019, so among first listen to Summer Walker‘s Over It song “Come Thru” and hearing a sample from Usher’s “You Make Me Wanna,” it’s expected — just another sample from a beloved era of love songs. What wasn’t expected was for the Grammy Award-winning artist to actually make an appearance on the track as a pleasant surprise.

“Come Thru” boasts over 33 million Spotify plays and over 7 million on YouTube, despite never being officially classified as a single.

There was no way you could go through 2019 without hearing Chris Brown and Drake‘s “No Guidance.” The two former nemeses, who once traded flying bottles in a club and fought over Rihanna back in 2012, came together to build out a No. 1 hit song that could very well be considered timeless. The greatness of “No Guidance” with Chris Brown and Drake earns them Top R&B song of 2019.

The video makes light of the infamous night as they launched a dance battle which turned into a meme, much to the delight of social media.

The track was produced by Drake’s longtime producer 40 as well as J-Louis, Vinylz and Teddy Walton, making its debut at No. 9 on the Billboard Hot 100 chart.

“No Guidance” is currently in the running for Best R&B Song at the 62nd Annual Grammy Awards.

Be sure to check out our 2019 awards for the best Hip Hop songs of the year! 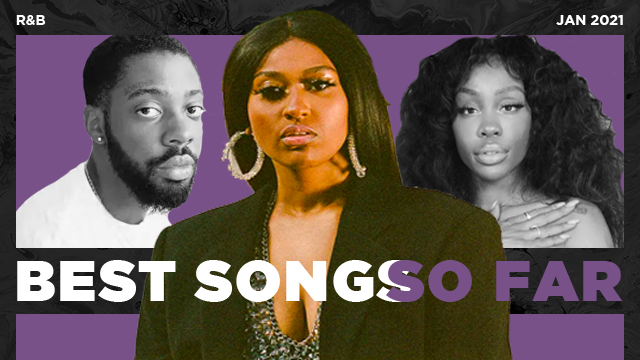