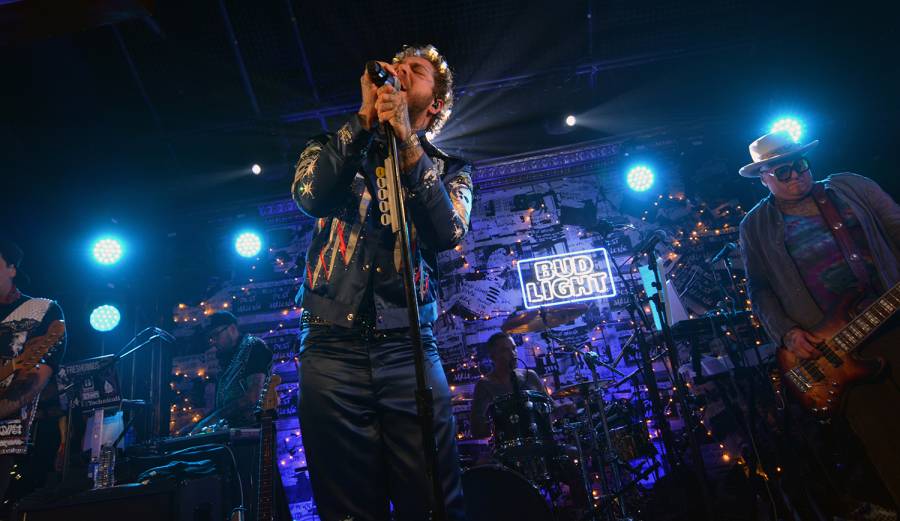 The era of “dive bars” in New York City was from a time, and a city, that no longer exists today. From the grime and crime of a city that had become a war zone came some of the greatest music of all time — and CBGB, the now-defunct Bowery staple, was the axis upon which countless scenes from both rock’n’roll and, later, Hip Hop, revolved around.

In an attempt to recreate this vibe — to create a tactile community of music lovers in a world that is becoming increasingly digital and distant — Bud Light took over the tony Cutting Room in New York City and, using carefully distressed posters advertising the star of the evening, announced that singer-songwriter and sometime trap rapper Post Malone was performing.

Fans joined Post for an intimate show at The Cutting Room where he was backed by Sublime with Rome and surprised fans with a cover of “Santeria.” For old-school rocker types, it was a bit bittersweet to hear a classic track performed by someone other than the late, great Bradley Nowell, but for what it was worth, both Rome (who took the place of the singer, who died in 1996) and Malone did a respectable job.

But the true treat of the night came when the legendary Fat Joe joined Post Malone on stage to play a medley of his greatest hits, including “All the Way Up,” “Lean Back,” and “Make It Rain.”

For his part, Post performed “Celebration,” “White Iverson,” and the newly released single “Circles” from his unreleased album, exclusively breaking it for attendees and those who tuned in to the Bud Light Livestream.

This show followed the announcement of Post Malone’s official limited-edition merch collaboration with Bud Light. For a limited time, devoted fans can shop the full collection of this exclusively branded merch while supplies last.