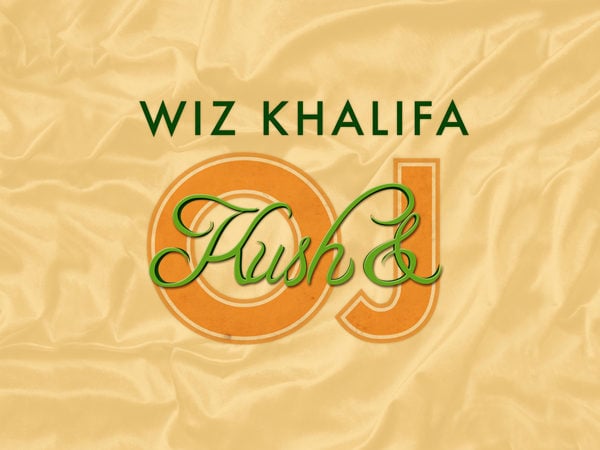 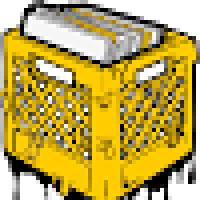 I woke up, I rolled over, grabbed the lighter and laughing to myself, I sparked the half-smoked joint from the night before. It was the morning after going to see Wiz Khalifa’s Waken Baken Tour, just months after the release of the Taylor Gang/Rostrum Records project Kush & Orange Juice. All I could remember was the crowd moving like a wave as clouds of smoke passed through the air.

At the time Wiz and the Taylor Gang were burning up the underground scene with their high-grade brand of smoke. Along with Curren$y’s Jet Life movement, it was some of the most talked about music out and there was something new about what Taylor Gang and Rostrum Records were doing.

Yeah, rappers had talked about smoking weed for years in their songs, but Wiz’s Taylor Gang movement was literally the embodiment of cannabis and they showed no fear as they embraced a 420-friendly atmosphere at their shows. Wiz would spark up anywhere and at any time – but no blunts.

Kush & Orange Juice was Wiz’s breakthrough effort musically, but it was also coupled with a marketing strategy that set a precedent across the industry for years to come. Kush & Orange Juice seemed to “break the internet” before we really even knew what that was.

When Kush & Orange Juice dropped, it became the #1 trending topic on Twitter and it quickly broke into the most searched topics on Google. During the early hours of its release, the traffic even shut down mixtape sites like LiveMixtapes and DatPiff. For those who can’t remember the years before SoundCloud, Spotify and Apple Music, that’s how we got our music once physical CDs started to die out.

But how did they do it? Musically it was spot on.

For the first time ever, Rostrum Records has brought this monster stoner album to DSP’s. Enjoy this trip down memory lane.

At the time of its making, Wiz was constantly hopping in and out of planes and Rostrum Records President Benjy Grinberg remembers how the West Coast birthed “Visions,” as the soon-to-be-superstar drew inspiration from a new environment.

“We recorded that in a studio out here in Hollywood. I thought it was interesting that he was picking it. He took [the track] and gave it a whole different vibe. That’s definitely a core song on the album. When I hear it, it takes me back to that studio, it takes me back to that time creatively for Wiz and for us coming up and making this transition from being independent to going back to a major. Wanting to maintain our creative control and making sure that Wiz could make the type of music that he wanted to make. That’s what I think of when I hear “‘Visions.'”

Going Viral Before There Was Viral

Upon its 2010 release, Kush & OJ had the internet on lock before there was a streaming chart, or streaming for that matter. The NYDailyNews even wrote a report, citing how Wiz shot to “No. 1 on Google and Twitter,” while lampooning Warner Brothers for parting ways with him a year prior.

“This project definitely took him to the next level and solidified him as one of the leading artists of his generation,” Grinberg states. It garnered him a much bigger fan base. It set him up for moving into Rolling Papers, which was the first album on Atlantic. It was huge for him. and the whole team took a step up at that point.”

For “We’re Done,” Wiz picked up on Demi Lovato’s “Our Time Is Here” from Disney’s Camp Rock soundtrack. Showing his ability to flip just about anything and his confidence to try new styles musically, Wiz steps out on a limb for the pop-friendly track. It also remains one of the primary reason for the classic project’s delay onto streaming, as Grinberg remembers.

Generally when we’re re-releasing these mixtapes, we want them to be 100 percent exactly like they were,” he recalls.

“We’re not trying to change anything, including the mixes. We just remaster them so they’re a little bit louder and are up to par. In this case, Kush & OJ had many, many samples. We came up across three that were not able to be cleared. “We’re Done” is one of them. Disney denied it. Usually, we go back to the producer and say this was not cleared, it’s been denied —— ‘Would you like to try and make a new version of it?’ With the case of ‘We’re Done,’ so much of that record was Demi Lovato’s hook and by taking it out, it was just sort of impossible. It just wouldn’t have been worth it to try and salvage it. We all just sort of agreed that we would just let that one go.”

When The First Kush & OJ Buzz Kicks In

“Mezmorized” was an instant classic as soon as you hit play. This track was actually a bit of foreshadowing for Hip-Hop fans, as this song was produced by Cardo, one one of the most successful producers of this era. To date, Cardo has gone on to produce for everyone from Drake to Travis Scott to Kendrick Lamar to The Game. This was Cardo’s A-list arrival and this song helped define Wiz’s sound for several years following this project.

At this point on Kush & Orange Juice, it’s likely you finished your first joint of the day and “The Statement” is the perfect song as you peer through those glazed up eyes and set your goals for the day. Wiz’s flow is ceremoniously seamless and the hook is classic Hip-Hop – it’s clear Wiz has mastered his craft.

Listeners from all walks of life will notice a couple revamped versions of their Kush & OJ favs and Grinberg has the insight as to why.

“‘The Statement’ was a sample of Yoko Ono, who denied the sample request,” he remembers. “E. Dan went in and remade that song, it still has the same vibe, it just has different instrumentation. The last one is “Never Been” which is so, so hard, because that’s a core core song on the album. We fought like hell to clear it. It was actually a Japanese video game maker. Sledgren had sampled the video game [Chrono Trigger]. They denied the sample and then we went back to them, ‘Please, can we talk about this again?’ They denied the sample again. I got in touch with friends of mine in Japan, who are in the music business to see if they could talk to them. They still denied it, at the end of the day we were like fuck, ‘I guess this is actually denied. I guess we have to deal with this reality.'”

“We went back to Sledgren and told him this is the situation, he went back in and made a new track for it. So ‘Never Been’ and ‘The Statement’ are on the record, they’re just a little bit different. It’s heartbreaking when that happens, it’s just part of the legitimizing of these albums, is that you come across these road bumps along the way and you just have to talk to everybody involved and say, okay, how do we want to do this? So we work on it together. Obviously, everything is done in collaboration with Wiz and his camp. Just want to make sure that he’s happy with it, that it’s the vision that he wants. Then we put it together with the rest of the songs and put it out there.

“It’s disappointing to us that these songs aren’t the original version. It’s just a reality in our business that clearing samples doesn’t always happen.”

With all these talks about samples, Grinberg shed light on the backstory of Kush & OJ’s original artwork.

“I think that 70s music influenced the album a lot,” he said. “The cover is actually a David Ruffin cover for Gentleman Ruffin. That’s the actual album cover. Even the cover is a sample! Actually, we did try to clear the cover, and it didn’t work. We had to create a new cover out of other aspects of the original cover. I had never had to try to clear an album art sample before so that was a new thing.”

“[It was all] Wiz,” he added in reference to KxOJ’s greatness. “He had his vision, he came up with it. I’m not trying to take any credit for coming up with Kush & OJ. I was there to help out in any way that I could. Artistically, this is 100 percent his vision. He was discovering and already into a lot of 70s music. He was just in that vibe.

I think that was the intent though for Wiz was catching that vibe, capturing that swag of that time. It’s one of the best Hip Hop albums ever, in my opinion.

On “Spotlight,” Wiz continues to show his beat selection abilities as Wiz grabbed a track from the Watcherz, who chopped up the great Dexter Wansel’s “Theme From the Planets.” Houston spitter Killa Kyleon joined the party for this upbeat, smoked-out track showing both of the rapper’s lyrical abilities. This was def a breakthrough track for Killa as well.

Breaks like “Skit 2” and later on “The Slim Skit” seemed to be a nod to The Chronic albums with Dr. Dre and Snoop Dogg. The skits were dope transitions and continued to keep the laid back and smooth vibes. Gotta love how Wiz dug up the Leroy Hutson track “Can’t Say Enough About Mom” for “The Slim Skit.”

Wiz went off for the verses on “The Kid Frankie” and on the hook, you hear him harmonizing and singing à la Snoop and Bone Thugs-N-Harmony, some of his most-cited influences. It was inspired by the bravado of the lead character from the 2005 movie, The Business.

Get Lifted — And Stay There

“Up” was pure mood music as you prepare for one-two punch combo that is “Never Been” and “In The Cut” — now remixes. Produced by the aforementioned Sledgren and Cardo respectively, you begin to wonder if the whole damn tape is going to slap this hard? As fans witnessing this kind of synergy between producer and rapper you just have to give thanks to the Hip Hop gods for these kinds of blessings.

Continuing the sample-heavy theme with Sledgren-produced tracks, Wiz lays out a plan similar to a JAY-Z Blueprint track over a sample from “Huit Octobre” by Cortex. If this beat on “Visions” seems MF DOOM friendly to you Hip-Hop purists out there, it’s because Doom also used the same sample on “One Beer.” Later Tyler, the Creator used it for his “Odd Toddlers” track featuring Casey Veggies.

You can’t talk about Kush & Orange Juice without talking about “Glass House” featuring Big K.R.I.T. and Curren$y. The swang on this beat and just the overall Southern feel were a perfect way to help close out the last tracks on the project solidifying Wiz’s fan base across the map.