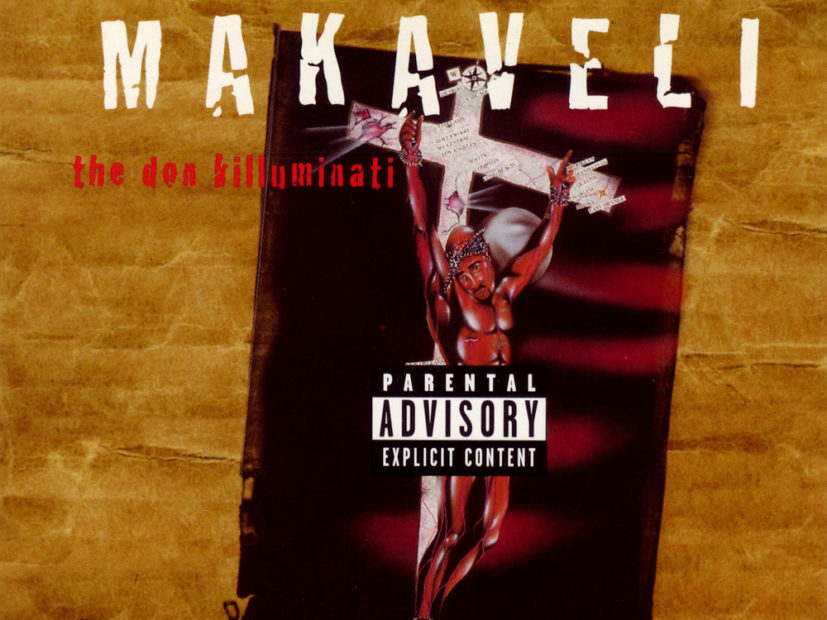 No Blasphemy: Why 2Pac's "The Don Killuminati: The 7 Day Theory" Is Rap's Greatest Album

2Pac’s, rather Makaveli’s, The Don Killuminati: The 7 Day Theory turns 22 years old today and it’s past time to recognize the album as the greatest in Hip Hop history.

The album went 4x Platinum before the turn of the century, but record sales only begin to state its impact. There have been albums of higher quality or heavier influence, but no album in rap’s lore carries the same magnitude as the last 2Pac album that was (mostly) finished while he was alive.

To understand the depths of The 7 Day Theory is to recognize the controversy that led up to and followed its release. Retreading the Death Row Records/Bad Boy Records beef is beyond gratuitous. However, it’s important to note how shaken up the rap world was when 2Pac died after being gunned down in Las Vegas in September 1996.

If the beef was as dramatically Shakespearean as it seems and the music was its soundtrack, The Notorious B.I.G.’s “Who Shot Ya,” and 2Pac’s “Hit Em Up,” were the catalysts of the story, ‘Pac’s All Eyez On Me was the rising action and The 7 Day Theory was the climax (with Biggie’s Life After Death as the falling action, and Black Star’s call for peace on “Definition” as the musical resolution.)

Just two months after ‘Pac had been killed, the album was released under the alias “Makaveli.” The album was littered with conspiracy-theory fodder. 2Pac had read The Prince by Niccolo Machiavelli while incarcerated and knew the author had faked his own death to fool his enemies. The new moniker made fans question whether or not ‘Pac was somewhere on a beach living the sweet life. The album’s first moments also raised eyebrows, as ‘Pac is heard saying “Shoulda shot me,” which sounds eerily like “Suge shot me,” a would-be reference to Death Row Records owner Marion “Suge” Knight. As if that weren’t enough, the album’s cover featured ‘Pac being crucified. While he included the disclaimer “This portrait is in no way an expression of disrespect for Jesus Christ,” fans and even critics pondered if the artwork was signifying a potential return.

These elements have had conspiracy theorists running wild for 22 years, and no album has inspired such fervent debate over its contextual meaning like The 7 Day Theory. Suge Knight Jr. recently tried to convince the public that 2Pac was still alive, and while his attempts clearly were a hoax, the fact that his claims made headlines two-plus decades after ‘Pac’s death is owed in part to The 7 Day Theory’s ambiguity. The album’s staying power as a conversation piece is a testament to its greatness.

The music itself stands up to Hip Hop’s finest, not only for the strength of its lyricism, memorability of its production, or conviction of its content but for the intriguing duality (word to The Fresh Prince) of Tupac Amaru Shakur.

Each of his preceding solo albums can be heard on The 7 Day Theory, though the album retains a unique juxtaposition of otherworldly intensity and humble sentimentality. “Hold Ya Head,” with Hurt-M-Badd’s mounting guitar licks and melancholic piano keys, as well as Tyrone Wice’s tortured wailing, sounds like ‘Pac is coming full circle in speaking to his people à la 2Pacalypse Now’s “Brenda’s Got a Baby.” The Malcolm X samples on “White Man’z World” would have been at home with ‘Pac’s Ice Cube-inspired militance on Strictly 4 My N.I.G.G.A.Z., while the soft-hearted “To Live and Die In L.A.” holds the feel of Me Against the World’s “Old School” for the west side. And, of course, the outrageous excess of “Toss It Up” and playfulness of “Just Like Daddy” come straight outta All Eyez On Me.

The songs, as varied as they come, are tied together by 2Pac’s laser-focus approach to recording. A handful of producers – notably Hurt-M-Badd, Darryl “Big D” Harper, QDIII and Makaveli himself – combine down-home guitar licks with ghostly bells and creeping basslines to match the album’s alternation between quiet and explosive intensity. Whether ‘Pac is taunting Puff Daddy and Dr. Dre on the bombastic “Toss It Up” or imploring listeners to push past mainstream criticism of his music on “Krazy,” there’s a sense of urgency that provides cohesion to The 7 Day Theory. That urgency provides for ceaseless engagement, which ensures nary a moment is wasted. While some ‘90s heads won’t ever forgive ‘Pac for his vitriol at The Notorious B.I.G. and Bad Boy Records, and as such can’t listen to this album, the art itself remains enthralling from start to finish.

‘Pac has always been underrated on the mic, partly because the oft-compared Biggie had it all over him in the flow department. Yet, no one can question Makaveli’s pen game as he endeavored two of the greatest allegorical rap songs in existence. The Nas-inspired “Me And My Girlfriend” features metaphors to fill an MC’s wet dream: “Picked you up when you was nine, started out my life of crime/Wit’ you, bought you some shells when you turned 22.” “Blasphemy” forays into T.H.U.G. Life of catastrophic proportions as Makaveli makes comparisons between Bible stories and the street life. Those who screamed sacrilege were missing the point – and the disclaimer on the album cover – that ‘Pac was, amongst many things, a true MC. That’s part of the reason 50 Cent and J. Cole listed The 7 Day Theory amongst their favorite albums. That’s no small praise and proves the lasting impact of The 7 Day Theory, as both Fif’ and Jermaine have been tastemakers for their respective eras.

As memorable as “Blasphemy” is, and as well-known for its ethereal vibes as “Hail Mary” is, “Life of an Outlaw” is the overwhelming, magnetic centerpiece. Never has ‘Pac sounded more desperate than when he’s asking Outlawz-comrade Napoleon if he’d kill for him. Chillingly, Napoleon responds, “On my grandmother,” and the drums take center stage as Nap’s raps about vultures, parasites and snakes position the Outlawz as weathering a plague in ancient Egypt. These mythical embellishments make The 7 Day Theory a legendary affair but also remain stuck in the minds of rap fans who sometimes forget the tenderness of the album’s latter half.

The 12 songs are brilliantly paced, with five of the first six cuts serving as unbridled acts of violence and four of the second half-dozen lighting up a joint in an introspective calm. The finest example of that reflection is “White Man’z World.” The track finds Afeni’s son stepping to the pulpit and motivating people of color to forge on: “Remember that, in this white man’s world, they can’t stop us. We’ve been here all this time, they ain’t took us out.” Tupac’s words are proof that the same dude who was waging war against Puff and Big was still handing out $100 bills to homeless people. His floetry is evidence of The 7 Day Theory’s relevance in today’s turbulent social landscape.

Nowhere is ‘Pac’s duality, a major ingredient to 7 Day Theory’s greatness, more prevalent than on the album’s final two tracks. It’s not the first time this has been said, but it bears repeating that the compassionate fortitude of “Hold Ya Head” giving way to the murderous free-for-all that is “Against All Odds” is an allegory for the last week of Tupac’s life. “These felonies be like prophecies, begging me to stop,” he raps on the former with total self-awareness. However, his cognizance fails to stop him from begging for bloodshed on the latter cut. The album dies in frightening hails of gunfire, and when it’s over the listener is left to steady themselves and wonder how it all came to this.

‘Pac’s pain created phenomenal art. Whether he was lucid with love or blurry with bluster, Tupac poured his soul into The 7 Day Theory for not only his finest album but one that stands up to any other in rap’s existence.

Your mama had it all right, ‘Pac. Rest your heading knowing you created the greatest Hip Hop album in history.