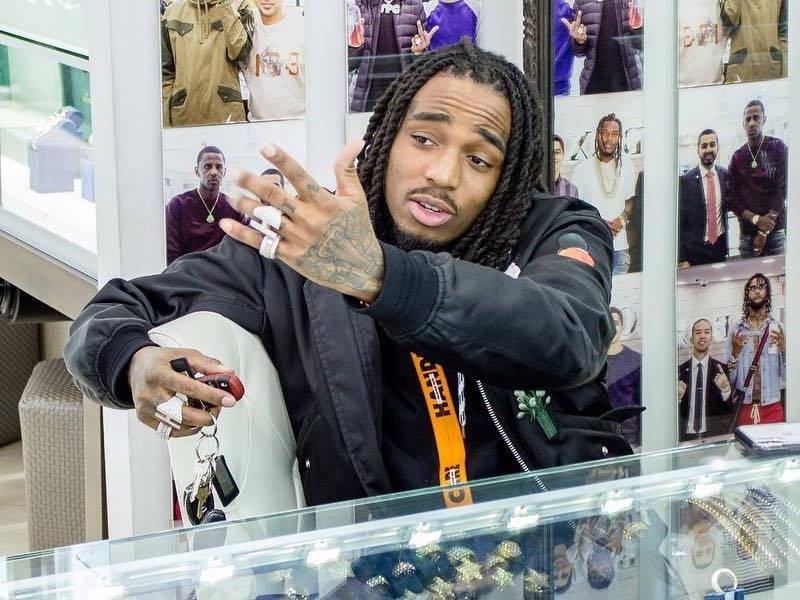 In a segment discussing Donald Trump’s promise to work on the U.S. infrastructure, MSNBC host Ari Melber delivered his message with a very applicable Quavo line.

Cardi B Stands Up For Offset 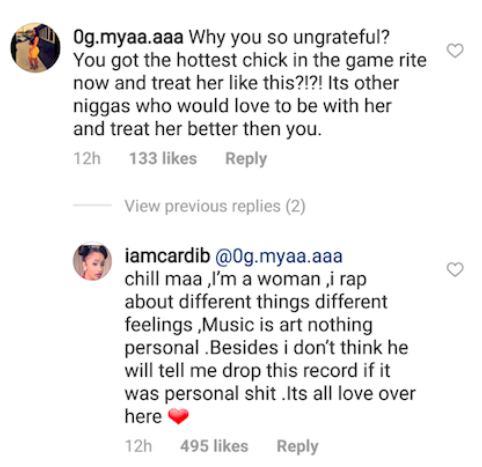 After Cardi dropped “Be Careful,” many fans thought the lyrics were directed at her beau. She clears the air, in typical Cardi fashion, responding to a fan who commented on Offset’s latest photo.

Earlier this week, the internet was riled up when images leaked of Chris Brown with his hands around a woman’s neck. The star addressed the incident, thanking everyone for the free publicity.

Kim posted this on her Instagram story after she found some of Kanye’s most memorable pieces! ??? pic.twitter.com/zEkJSZNgUl

Kim posted a video showing many of the glasses and masks Kanye’s worn in performances over the years, explaining that she’s creating an archive of the icon’s looks.

Tekashi 6ix9ine Tells Fans To Vote For Him

Let’s see if XXL is rigged or not go VOTE for me. I got THE BIGGEST numbers on any platform then any other artist with 5 BACK TO BACK billboard hits. No one is doing that. I want to see if it’s rigged. They took my video down and it’s still there most viewed pitch.

The controversial rapper is asking fans to vote for him for XXL’s Freshman List after claiming his pitch was removed from YouTube despite being the most viewed of all the entrants. It’s worth noting the video is up on YouTube as of April 1, 2018.

From one king of Miami to another, DJ Khaled tells fans that the Bawse’s Port Of Miami 2 is coming soon. The album is Rozay’s sequel to his 2006 debut album, Port Of Miami.

Last hours of being 29, few things on my mind ?

As Big Sean approached his 30th birthday, the Detroit MC posted a lengthy video reflecting on his life and giving fans some advice.