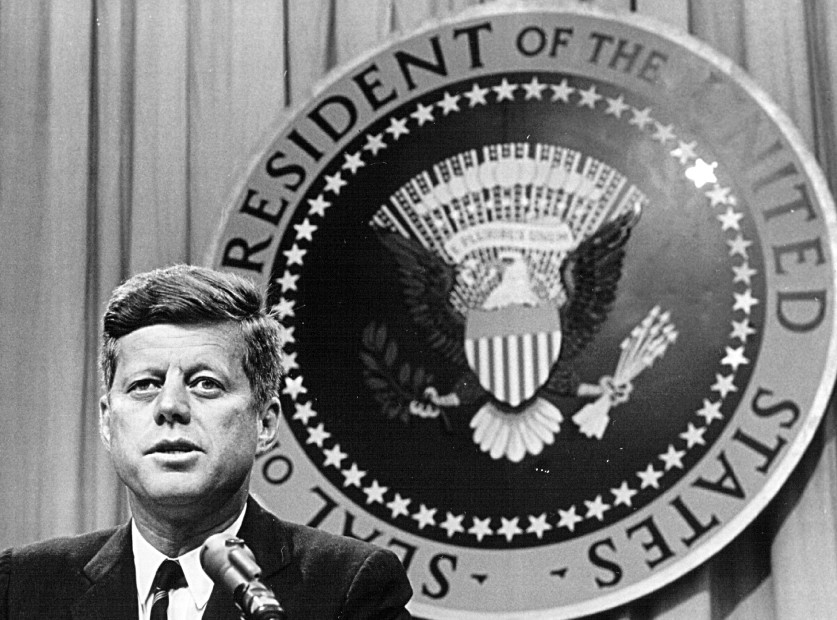 Yesterday, legendary producer Quincy Jones set the internet on fire with an interview that most definitely lacked any chill. The 84-year-old music icon revealed alleged unknown tidbits about some of the biggest power players of the last 50 years — ranging from the Clinton family to Michael Jackson’s plastic surgery to Marlon Brando loving on Richard Pryor.

But one of the interview’s most bizarre highlights was Jones casually bringing up the assassination of President John F. Kennedy, arguably the most controversial and disputed criminal case in American history. The interviewer David Marchese asked, “What’s something you wish you didn’t know?” To which Jones replied, “Who killed Kennedy.”

According to Jones, Chicago Outfit mobster Sam Giancana ordered the hit. Although public figures rarely make these kinds of outlandish claims, this isn’t the first time that the Giancana conspiracy has been openly discussed. In 1999, on The LOX banger “Dope Money,” Styles P rapped: “Die off the Buddha/Fifty with fifty mill/Bring drama cause Gianconna got Kennedy killed.”

From the Ruff Ryders to Jones, this conspiracy has clearly hit a public nerve.

So, what’s the backstory?

JFK is remembered for his charisma and charm (like Marlon Brando!). But behind the glamour of Camelot, the Kennedy family had a notorious amount of secrets. One of these secrets was how JFK’s father Joseph P. Kennedy accumulated his wealth. In the 1930s, during the Prohibition, Joseph teamed up with Giancana to bootleg alcohol. A few decades later, in 1960, Giancana maintained ties to the Kennedy family as both a donor and friend of Frank Sinatra, a close pal to the family.

According to the conspiracy theory, Sinatra asked Giancana to get JFK votes in the 1960 West Virginia primary by forcing union members to vote for him. This shady relationship didn’t stop after JFK was elected. In his short-lived administration, the Giancana family helped out the CIA in their attempts to assassinate Cuban dictator Fidel Castro.

Conspiracy theorists speculate that in 1963, Giancana’s mob ordered JFK’s assassination because they were mad that the president didn’t successfully assassinate or stage a coup against Castro, their sworn enemy who shut down all of their Havana casinos as part of his Communist revolution.

“This Shit Is Bigger Than Killing The President”: Mafiaso rap pioneer Kool G Rap named his 2002 album, The Gianacana Story and even doubled down on the notion that the “G” in his name stood for the infamous Gianacana moniker.

Another potential reason was that JFK’s brother, Attorney General Robert F. Kennedy, angered the mob by openly investigating organized crime. In 1975, right before Giancana was going to testify for a U.S Senate committee looking into the CIA, the Chicago mob boss was suspiciously murdered, making the extent of his connections with JFK unknown forever. Even though the history books say that Lee Harvey Oswald did the crime, as late as 2014, a former mafia hitman came forward to take credit for the shooting.

Though Jones definitely is well-connected, it’s virtually impossible to verify his colorful claims. In all actuality, nobody in this life has come forth with concrete evidence. Conspiracy theories reflect a desire for a neatly wrapped truth and frustration with faceless institutions keeping secrets from the public.

One thing is for sure: more than fifty years later, the mystery lives on.