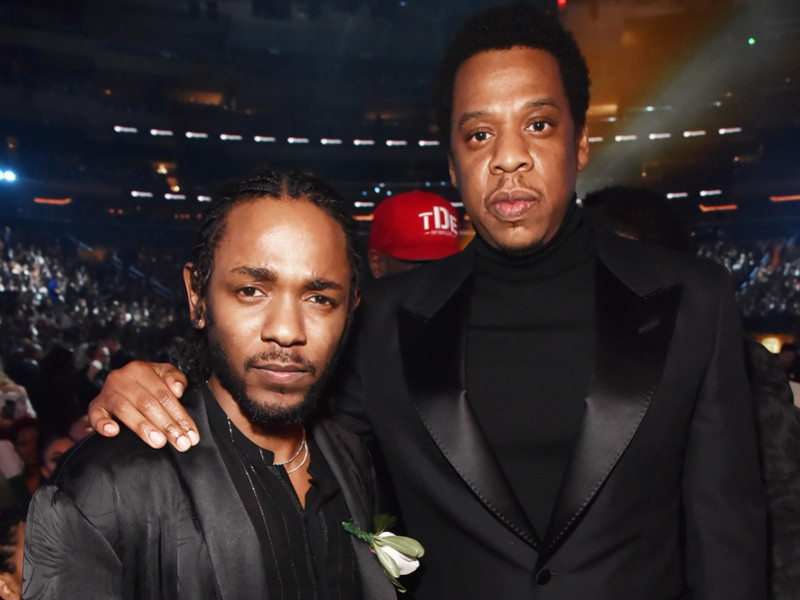 Hip Hop fans have felt shafted by the Recording Academy for consistently snubbing Hip Hop artists from winning in major categories. It’s been 30 years since they began to allow space for rap at this award show, and the beginning of that added space was a struggle with a boycott by Hip Hop’s elite in 1989.

There has always been a question mark about why rappers aren’t placed among the likes of Bruno Mars, Adele, Michael Jackson and Carlos Santana, who have swept the awards for Album of the Year, Record of the Year and Song of the Year in past ceremonies. Despite Kanye West, Drake, JAY-Z, Kendrick Lamar, Dr. Dre and Eminem’s combined 78 Grammy wins, none of them have won the most coveted honors.

So let’s just let’s concede, once and for all — the Grammys will never consistently honor authentic Hip Hop music in its top echelon of awards. If you are seeking validation as a fan by the Recording Academy to exalt your favorite Rap artists, you might as well say that Santa Claus is real with your fingers crossed.

With eight Grammy nominations, and the awards show being held in his hometown, many people anticipated that it would be a ceremonious Kingdom Come for JAY-Z. He got tons of advertising in TV commercials to promote the Grammys, ample airtime in his sit-down with CNN’s Van Jones to discuss politics (as usual) and sat in the front row with his Queen Bey and Blue Ivy looking as regal as they are at the show. Although Hov left Madison Square Garden empty-handed, just like his wife did in 2015 for her Album of the Year-nominated Beyonce and in 2017 with Lemonade, Kendrick Lamar fulfilled his self-dubbed “King of New York” title for the evening by sweeping the five awards in his “control” for his double-platinum classic DAMN., but came away empty-handed in the marquee categories.

It was a familiar scene for Lamar. In 2016, he led the pack with 11 nominations for his politically reflective To Pimp A Butterfly and only went home with four from the Rap categories,being bested by Taylor Swift’s 1989 for Album of the Year. The same happened to him in 2014 when good kid, m.A.A.d city was beat by Daft Punk’s retro-seventies funk album Random Access Memories. And on that same night, pop-friendly white privilege apologist Macklemore won for Best Rap Album with The Heist over Lamar, which Macklemore famously admitted he didn’t deserve it.

Embed from Getty Images
“Grammy night, damn right we got dressed up,” yet Kanye, Kendrick and JAY-Z have never won Album Of The Year or Song Of The Year.

This year, pop music giant Bruno Mars was stiff competition for JAY-Z, Lamar and Childish Gambino. Rooting against Bruno Mars was like rooting against the New England Patriots — you can look at the score and feel confident that your team’s percentage to take home the hardware has increased by the minute, but in the final seconds when it really counts, you end up in disbelief that your team didn’t nab the trophy.

With JAY-Z addressing race relations and black economic empowerment in “The Story of O.J.” on his magnum opus 4:44, Lamar’s soulful allegories on DAMN., Childish Gambino’s urgent hook to “stay woke” in “Redbone” and Logic’s poignant chart-topper “1-800-273-8255” about bullying and suicide losing to Mars, Hip Hop continued being left outside the door before the Grammy parties officially end.

History proves the Recording Academy can’t do right by Hip Hop and has continued to keep rap contained in its corner. There’s the glaring absence of A Tribe Called Quest from the nominations for their politically driven comeback album We Got It From Here…Thank You For Your Service. The iconic group closed the 2017 Grammy Awards, urging the audience to resist the oppression from Donald Trump. But not giving them even a single Grammy nod this year was quite remiss by the Recording Academy.

Similar to Q-Tip’s earnest question to 9th Wonder in his Instagram video about the ATCQ snubs, Hip Hop is stuck asking “what happened” by the end of the Grammys regarding the other artists. Pop singer Alessia Cara (even though she released her album Know-It-All waayyyy back in 2015) beat the favorites Lil Uzi Vert, SZA or Khalid despite their emergence outside of the Rap and R&B realms into the pop stratosphere in 2017.Embed from Getty Images

After the 45 years that Hip Hop has been in existence, it remains the underdog at the Grammys looking for firsts. Hip Hop had a lot to ride high on going into this year’s Grammy showcase located in Hip Hop’s birthplace. But like Pavlov’s Experiment, the Recording Academy’s voting committee wags Hip Hop’s collective tail when they ring the bell every year with a myriad of nominations of Rap artists. But, once again, Hip Hop’s collective conscience received a Dave Chappelle-style “SIIIIKE!” from the Recording Academy for the most prestigious categories.

The Grammy Awards is where the old guard of the music business comes together with contemporaries. Unlike the shortage of female representation in the major categories, which longtime Recording Academy president Neil Portnow addressed and later apologized for his tone deaf statement about women needing to “step up,” he didn’t feel the need to explain the Hip Hop snubs for the Grammy’s most prestigious categories.

It seems that nominations are equated as a mere stamp of approval by the Recording Academy, but that’s not enough, and it never will be. As Chappelle stated during Lamar and U2’s performance to open the show, “the only thing more frightening than watching a black man be honest in America is being an honest black man in America” and the Academy seems afraid.

A Timeline Of Historic Hip Hop Firsts At The Grammy Awards

It’s hard to overlook the lack of awards given to Kanye’s paradigm-shifting albums, such as My Beautiful Dark Twisted Fantasy, or in 2000 when Dr. Dre got Producer of the Year honors but didn’t get a nod for star-studded Chronic 2001. How about 50 Cent not getting a Grammy for “In Da Club” or losing in 2004 to goth rock short timers Evanescence? There must be a double standard when it comes to Hip Hop artists versus traditional pop artists.

With Kanye West not at 2018’s ceremony and Drake boycotting it, perhaps “it’s too hard to have the balanced show” that Neil Portnow and company were hoping to have. Honoring Hip Hop in their major categories might result in “scary hours” from right-wing conservatives or fiery call-back tweets from Trump, in the aftermath.