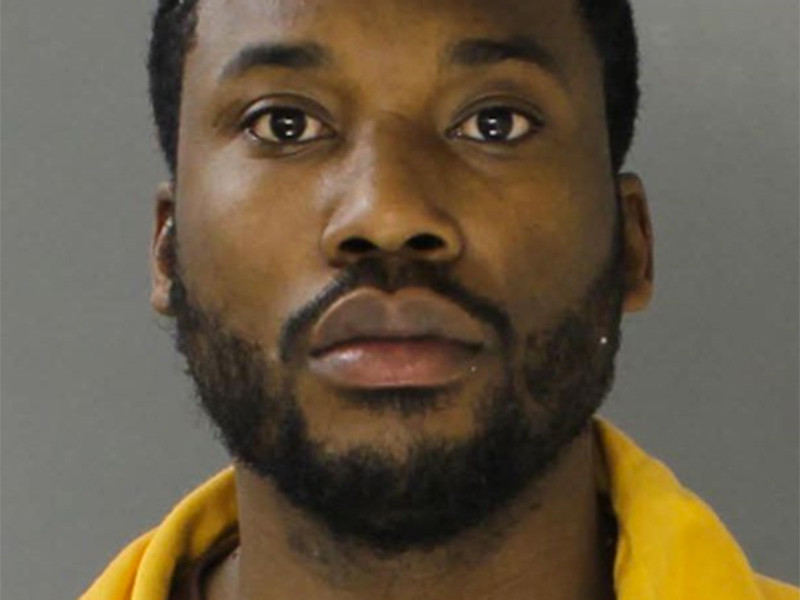 Should Meek Mill Really Be The Poster Child For Unjust Incarceration?

On Monday, November 6, Maybach Music’s Meek Mill was sentenced to spend 2-4 years in prison as a result of a probation violation. The judge’s decision stems from two arrests the rapper racked up this year.

Immediately after news of the announcement broke, fans and industry peers took to social media to pan the sentence and show support for the rapper.

The question is, should we feel sorry for Meek? It’s important to understand the full spectrum of Meek’s situation and the timeline that has led to this latest sentence.

It all started in 2005 when he caught a case for (illegally) possessing a firearm and assaulting the police. He was given probation — which he violated three years later. The year was 2008.

Meek had caught another case for drug dealing and gun possession for which he received an 11-to-23-month prison sentence. He was released early in 2009 after he landed (another) five-year parole agreement. Then, he violated probation again in 2014 by ignoring travel rules and making unauthorized trips — including a few to meet (then) girlfriend Nicki Minaj. He spent four months behind bars before being re-released.

He once again violated probation in 2016 by submitting a suspicious urine sample and (again) changing his court-approved travel schedule.

At this point, his lawyer Frank DeSimone painted a picture of Meek as someone who — though irresponsible — was making positive life changes. “He wouldn’t be who he is if you sent him to the state penitentiary in 2009 … he wouldn’t be Meek Mill,” he told Judge Genece Brinkley.

It was during this specific hearing that Minaj spoke on his behalf. “He doesn’t have a lot of structure … he can be irresponsible,” she said. “Since I’ve come in his life, I think I’ve been working on that a little bit … He’s just getting accustomed to being an adult.”

Meek himself also told the judge that “everything is riding on the line,” noting that money, success and his ego got the best of him (as per a tweet by Philadelphia journalist Bobby Allyn).

On the stand, Meek said "everything is riding on the line." He said money, success and his ego got the best of him early in his career.

It’s important to note that during this period, Meek was (admittedly) battling an addiction to both lean and Percocet. He’s spoken about it in multiple interviews. In his own words, he got “lost in the sauce.”

As well, up to this point the argument hadn’t so much been if Meek had in fact violated probation or not. Rather, it was that he was dealt a rough hand and — though he’d made mistakes — was making strides at overcoming and using his celebrity to makes changes and be a better person/role model.

Unconvinced, the judge sentenced him to 90 days of house arrest, starting March 1, and (again) to six additional years of probation.

That brings us to this week. Just days after it was announced that the Philly rapper would be heading back to prison. Though prosecutors recommended that he be given no jail time, the judge was thoroughly uninterested in extending any further leniency, stating that while his two most recent charges were dropped (albeit, one was dropped on the condition that he perform community service, so not scot-free), the fact that he was arrested at all was a breach of his probation.

Prosecutors also (allegedly) provided evidence of failed drugs tests, according to one report.

Lawyers, according to a report by CBS, noted that he’d been off drugs since January and had complied with most (though not all) requirements of probation.

While these charges, which were dropped — we can be clear about that — would likely have resulted in basic community service at most for anyone without specific parole guidelines set out for them, many (including JAY-Z) view the judge’s “heavy-handed” approach as unjust.

But, is it? While Meek has apparently made positive strides, amid his numerous pleas for mercy over the years, with 2016 being perhaps his last chance to get it right, he’s still managed to find himself in trouble, engaging in activity that has violated particular terms he and his legal team agreed to.

Parole, to be clear, isn’t absolute freedom. There are conditions that must be adhered to.

The prison system is far from perfect; it’s factually biased against minorities. Many Hip Hop artists and singers who have found themselves under the microscope of the law — and consequently on parole — have in the past been vocal about feeling overly targeted or held back from being able to move on with their lives. But this ignores the fact that artists are public figures, and it’s hard not to be under a (perhaps) unfairly larger microscope.

But, that isn’t necessarily the reason many have found themselves violating probation guidelines. Many of the violations were the results of poor decisions they should have been avoided, knowing that they’re being watched more carefully than an everyday parolee.

Pimp C, for example, violated parole by failing to uphold his agreed-upon community service obligations and spent four years behind bars. Foxy Brown was locked up for violating probation after she smacked her neighbor in the face with a cellphone. Beanie Sigel violated probation by associating with a known felon, and by taking an unauthorized trip to Atlantic City to gamble.

Boosie Badazz (then-Lil Boosie) found his jail time doubled after he left his home multiple times while serving house arrest awaiting sentencing for a gun charge he caught back in 2008.

A huge supporter of Meek, T.I., has also had his share of poor decision making moments. Similarly to Meek, he violated probation early on in his career, stemming from a series of charges against him including possession of drugs and a firearm. He’s since faced many legal setbacks, most notably his arrest hours before the 2007 BET Awards for attempting to purchase some next-gen weaponry from an undercover police officer.

DJ Akademiks and Joe Budden made some interesting points on November 7’s episode of Everyday Struggle. “If we’re going to be that sad for this, we need to just tackle the system,” Akademiks said. “I’ve talked to multiple people who have been through the system [in Philly], and they’ve all said ‘Meek Mill has gotten way more opportunity than we have.’”

This definitely leads to the argument about Meek’s controversial and heavily contested sentence being the result of racial-bias. Racial inequities within the criminal justice , system — from arrests, convictions, and sentencing — have all been well documented. But Meek — like other celebrities — have the ability to go in front of a judge and argue their positive contribution to the community, and/or personal growth as a means of securing parole. As Akademiks notes, many of those he chatted with expressed that they aren’t afforded the luxury of using celebrity as leverage for second (or fourth) chances.

“We can all agree that he’s been targeted a bunch … but, he’s been afforded way more opportunities than the average black man,” said Akademiks.

Joe Budden added, “For anyone who hasn’t been on probation, [they don’t play] … I don’t think [anyone in Meek’s circle] tapped him and let him know that he needs to modify his lifestyle.” Budden referenced that his team should have helped steer better decisions considering his (current) career trajectory, and noted that it’s unlikely that the court hasn’t been privy to the situations that some members of his team have been involved in.

“They want to see the [positive] example you can set, and I don’t think they’ve seen that with Meek Mill … I think he [probably] had a good idea that he was going in [to prison],” Joe added.

Following the verdict, Meek’s lawyer Joe Tacopina gave several interviews stating the harsh sentencing was “due to Judge Genece Brinkley’s vendetta against the rapper.” He gave a bevy of examples that display what can only be described as an unprofessional attitude toward Meek, which, to be clear, are still just allegations at this point.

Regardless, she still gave Meek plenty of chances — which the rapper and his team have acknowledged in the past — to move straight.

Prison is not a place anybody wants to be, especially someone like Meek, who has noted that a sentence would likely end his career. It’s also not anywhere we should ever want anyone to have to unfairly spend parts of their life, but should Meek’s celebrity afford him unlimited do-overs?

There is, without question, an issue with unjust incarcerations in the United States Of America, and as Budden noted on Everyday Struggle, voting in local elections is one way that people can come together to help make changes to the collective judicial system.

The question is, has Meek truly earned the role of poster child for the fight? Or do we always need to buck the system as a Hip Hop community regardless? Put his music aside, and ask yourself objectively.

Let us know your thoughts in the comment section, below.