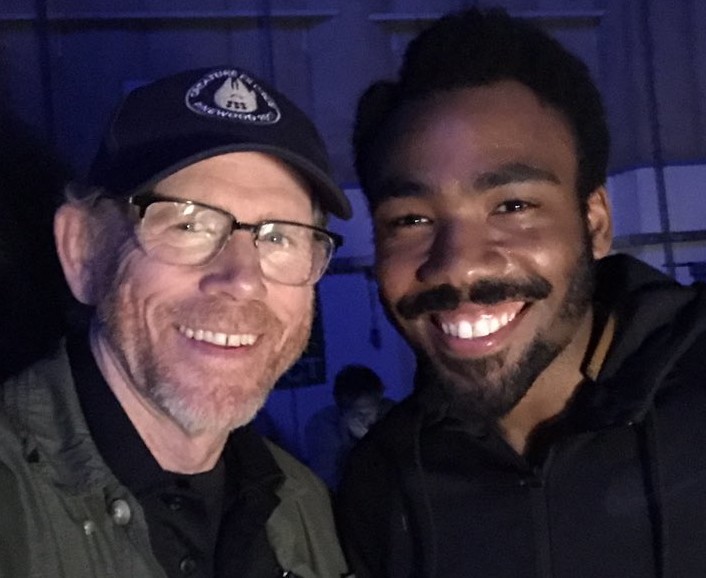 Everything You Need To Know About Donald Glover's Character In "Solo: A Star Wars Story"

Not a long time ago, in a film studio based in San Francisco, Donald Glover stepped into the shoes of one of the silkiest characters in the history of cinema.

Glover will play Lando Calrissian in the newly titled Han Solo spinoff, Solo: A Star Wars Story. Glover — known musically as Childish Gambino — is the rapper-singer-actor-comedian-writer dynamo who can do just about anything he wants.

With hype building for not only the spin-off, due out in the spring of 2018, but also Star Wars: Episode VIII – The Last Jedi, to be released this Christmas Day, here is everything you need to know about quite possibly the biggest role of Glover’s career so far.

Even for someone with Glover’s skill set, stepping into a role originally inhabited by Billy Dee Williams is no easy task. Williams was supa dupa fly as Lando with his clean ‘stache and stylish capes. In addition to playing Gale Sayers in the cult-favorite Brian’s Song and Harvey Dent in Batman (1989), he was cool as the other side of the pillow while appearing in a commercial for Colt 45. Glover’s résumé stacks up, though; he’s a Grammy-nominated musician and won a Golden Globe for Best Actor in a Comedy Series on the hit FX series Atlanta (which also took home an Emmy this year for Best Musical or Comedy). In an interview with Deadline, Glover called playing Lando “a lot of pressure, but also very exciting.”

lining up a shot today from my director's monitor

Lando oozes pizzazz and everyone loved him — for a few scenes, that is. Sentiment turned against him when he betrayed Han Solo to Darth Vader in Star Wars: Episode V – The Empire Strikes Back. He won back audience’s favor when he aided in rescuing Solo and led an assault on the Empire which helped claim victory for The Rebellion. He is an old friend of Solo’s and a fellow smuggler, but it’s clear in Empire that the frenemies never really trusted each other. It will be interesting to see in the spinoff what led to their love-hate dynamic.

Cruisin’ Into Space In My MF

Han Solo’s rusty, trusty ship the Millennium Falcon was once the property of Lando but was won by Han in a card game. We don’t yet know who has the ship when the events of the film take place. In any case, Lando proved himself a capable fighter pilot in Star Wars Episode VI: Return of the Jedi, so we may see some aerial gymnastics on the big screen.

“Baby In The Divorce…”

Phil Lord and Chris Miller were initially slated to direct the spinoff, but creative differences with Lucasfilm led to their firing. They were replaced by the legendary Ron Howard. Glover praised Howard to The Hollywood Reporter in August but also said he felt like a “baby in the divorce” and was concerned about what Howard would think of him since he wasn’t the one who cast Glover. However, Glover’s concerns proved needless, as Howard called him “wildly impressive” in a tweet in August.

lining up a shot today from my director's monitor

Howard posted a photo of himself working with cameras on-set in July. On one of the screens is Glover as Lando Calrissian, sporting a stylish jacket of sorts. Another photo surfaced in August and revealed a part in Glover’s puffy hair, as well as a kickass mustache and beard.

Advice From The Colt 45 OG

Glover sat down with Williams in January to get advice on the role. Williams called Glover “a very delightful young man,” and noted that Glover had several questions about Lando.
“I guess he was doing what normal actors do, they just want to find out what direction they want to take to gather their information,” Williams told The Hollywood Reporter. “So, we just sat and talked, and I didn’t want to impose on anything he wanted to do – he’s got his own ideas, I would imagine. I know he has his own ideas. He’s a very talented young man.”

It will star Emilia Clarke of Game of Thrones fame, Woody Harrelson, Alden Ehrenreich as Han Solo, and Joonas Suatomo as his trusty sidekick, Chewbacca.