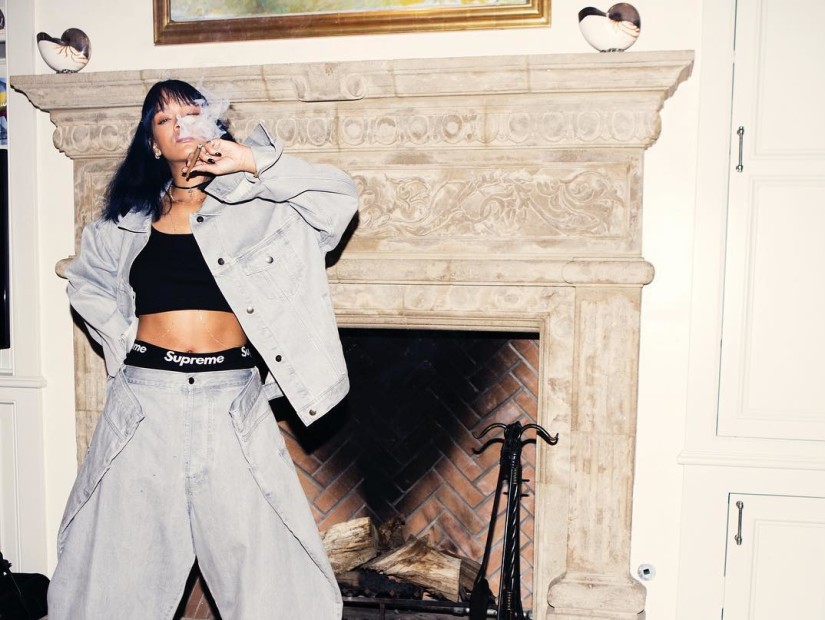 Tweets Is Watching: Rihanna Has A Message For Donald Trump

Rihanna Has A Message For Donald Trump

Dear @realDonaldTrump I know you've probably already seen this, but I just wanted to make sure!
Don't let your people die like this. pic.twitter.com/mDO848JAUx

For years, fashion mags would change my hair for their covers but allow women of a diff race to wear the exact style on the cover. ??‍♀️

Standing up for black women.

For the new Tsugi Netfit shoes.

Seeing @JoeBudden get so mad about positivity has been without a part the best part of my day thus far. My favourite show rn hahaha

SZA Stunts On Her Ex

lol i member I used to hum around the house n my ex would tell me shut up…LOL BYEE NIGGUHHH??? pic.twitter.com/4V22vTqLtW

A Fan Gets Seizure At Jhene Aiko’s Show

sending healing light to the young lady who got sick at the show… if any of her friends or fam can give me an update i'd appreciate it! ?

Vince Staples On The National Anthem

The national anthem don’t even slap.

Quavo remix on the way?

The song I did with @DanielCaesar has a title now. It's called #FirstWorldProblems pic.twitter.com/7mAfoJ2pta

Cardi B Gets The #1 Spot

Every single FEMALE RAPPER CONGRATULATED ME TODAY .Is the best feeling cause I listened to ALL OF THEM

Thank you sooo much to my fans my supporters this couldn’t happened with out y’all seriously.

This is the happiest day of my life and no 1 will take this joy from me .I wish you sour patches a good day !Thats how happy I am .

My heart is crying I’m so emotional ???HAPPY EMOTIONAL thoo

Thank you!! This means sooo much coming from you!! ❤️ https://t.co/vPGwFiBAiQ

felt like jack black in school of rock tonight when i staged dived and nobody caught my fat ass. wish i had lil uzi body

And no one catches him.

J. Cole Feels Some Type Of Way About The NFL

God bless every player that finds courage to kneel today. But the real power comes from you deciding to not watch.

Here’s how to boycott.

Lil B Shouts Out Lil Yachty

thank you so much for joining me on this journey… i am beyond grateful ? i love you ??? #TRIP #MAP

thank you @SamsungMobileUS for bringing my interactive art gallery to life last night… it was honestly a dream come true ? #TRIP #MAP ??? pic.twitter.com/YZZTefzV17