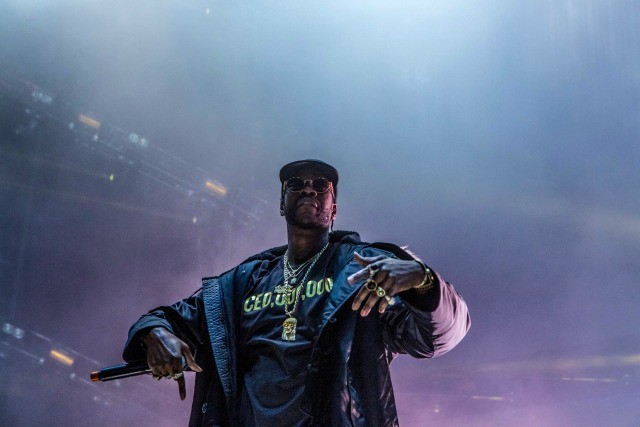 Jadakiss Gets A New Crib

Tell ya story to the Jake , I just brought a new crib hundred thou for the Drapes #4NoReAsOn ?@freekeyyayo

Nicki Minaj On Her PJ

In Alexander Wang and Versace.

Feeling Good Feeling Great How Are You?

Happy days and even better nights! Music brings all creeds together! That's why I do this! @hairweavekiller is a stand up guy! Well, not in this photo but in life period! Ha Ha Ha

Tech with the jokes.

Miguel Gets High With Action Bronson

Logic Brings His Wife To The MTV VMA’s

VMA's with the Wife @itsjessandrea ?

Imma pounce on him as soon as we get home ???

My first @vmas and I won! Thank you guys so much for everything! Love you guys ? WE DID IT!

Pre-Fight gatherings in Vegas be legendary @diddy (Puff) and @nas (illmatic for real). Like I said #legendary

In Las Vegas for #MayweatherMcGregor.