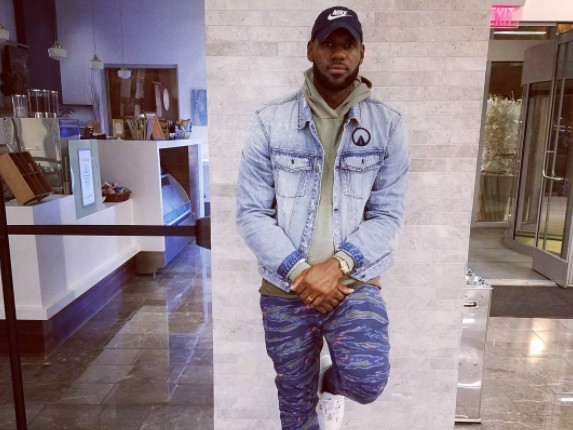 Ladies and gentlemen, we live in a post-DJ Khaled Snapchat world. The youngest of the major social media platforms, it’s been a big year for the Venice-based company. At this point, the app has done an amazing job of blurring the lines between personal and corporate correspondence with fans. Everything from news to day-to-day activities keep us more focused on whatever celebrity currently trending at the moment. Plus, it’s intuitive as hell. Alongside Instagram Flexin’, Tweets Is Watchin’ & All Eyez On Memes, HipHopDX is introducing Snapchat Jumpin, you weekly dose featuring the best of Snapchat.

This week, Drake wants to move to Dubai, and 21 Savage brings out G-Eazy in the Bay.

21 Savage Brings Out G-Eazy In The Bay Area

Shout out @21savage for bringing me out in the bay tonight pic.twitter.com/CAIIVsGO40

Check it some behind the scenes ? from my commercial with @stephencurry30 and @chase So fun!

Courtesy of IF & Co.

On his first try.

As he prepares for his Young Mind Fuck tour.

@youngrobstone is the definition of UNBOTHERED ??. I'm tryin to be on the same level of happiness as he is right here ?. pic.twitter.com/AANgjxPJc0

With Ski Mask The Slump God and XXXtenacion.

Sebastian Has An Elaborate Story For Amber Rose

I have a really elaborate story to tell you ???? #sebastiantaylorthomaz

Drake Wants To Move To Dubai

"I wanna move to Dubai that I never have to kick it with none of u guys " Free ? pic.twitter.com/UXIHbhRtEg

And Steph Curry and KD.

Chief Keef Gets Arrested In Miami

Charged for a DUI.

@YG and @SnoopDogg tearing up the stage for @2pac. #RockHall2017 pic.twitter.com/DczhGG82fz

As he gets inducted into Rock and Roll’s Hall Of Fame at Barclays Center in New York.