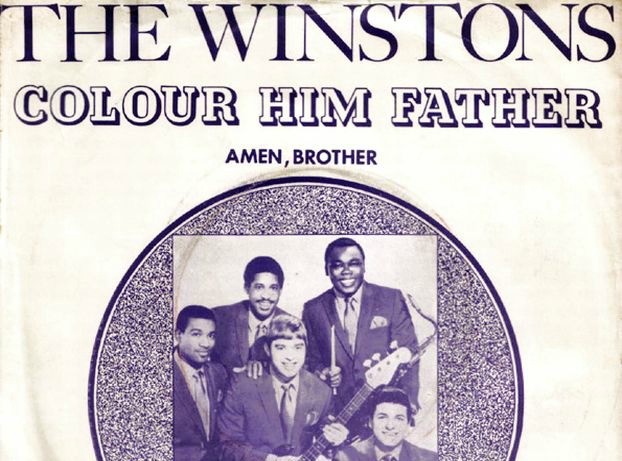 When former Winston’s drummer Gregory “G.C.” Colemen died while living on the streets of Atlanta in 2006, most people were unaware of his immense contribution to music. Coleman was also likely unaware that his famous “Amen Break” had been sampled thousands of times and become the holy grail of percussions samples, with David Bowie, N.W.A, Amy Winehouse, and countless others using the four-bar drum solo to bolster their songs. As it stands today, Colemen’s seven-second masterpiece is the most sampled drum break in the history of recorded music, with more than 2,400 songs sampling it to date.

The break came into existence in the spring of 1969 during a rushed studio session for The Winstons’ under-rehearsed b-side “Amen, Brother.” They recorded “Amen” as the flip side of their single “Color Him Father” — an almost chart-topping R&B hit that won a Grammy for Best R&B song in 1970. According to lead singer Richard L. Spencer, Coleman’s iconic drum solo was added to “Amen, Brother” to increase the song length. Though the break may have been included as a simple way to extend the song, it would forever change the face of sample-based music.

“The whole Jungle thing was created from the [The Winstons] ‘Amen Brothers’ sample. All these records even helped create genres.” – Lou Flores

Coleman may have played the original breakbeat, but Louis “BreakBeat Lou” Flores and Lenny Roberts also played a critical role in its evolution. Flores and Roberts featured “Amen, Brother” on one of their Ultimate Breaks & Beats records, a series of releases from 1986 to 1991 that captured breakbeats used by legendary DJs during rap music’s formative years. The records were first intended as a tool for DJs to use in live sets, but new “borrowers” introduced in the mid-80s and Marly Marl’s sampling of Flores and Roberts’ reissue of “Impeach the President” led to a surge in demand for Ultimate Breaks & Beats records for sampling purposes.

Adding to the record’s allure was the fact that Flores and Roberts sometimes altered songs in a way that made them more sample friendly for producers. In the case of “Amen, Brother”, they slowed the speed of the record from 45 rpm to 33 rpm during the drum break, further highlighting drums as a prime piece of sample material.

Give The Drummer Some: What do The Game, will.i.am, Lupe Fiasco, Eric B. & Rakim all have in common? You already know the answer to the question but thanks for reading anyway.

Beyond Ultimate Breaks & Beats’ obvious influence on rap music, they served as a backbone for several other genres that used sampling as a central tenant. Taking it a step further, Flores believes the “Amen Break” is responsible for starting entire genres. “The whole Jungle thing was created from the [The Winstons] ‘Amen Brothers’ sample,” Flores told Passion of The Weiss. “All these records even helped create genres.”

Although the breakbeat inspired musicians around the world, both Spencer and Flores felt initial resentment towards the many artists who achieved fame and fortune while utilizing the fruits of their labor. It was especially difficult for Spencer, as he, Coleman, and the rest of The Winston’s never received any royalty payments for the extensive use of the “Amen Break.” His frustration is something that even the biggest sampling advocates should be able to empathize with. “[Coleman’s] heart and soul went into that drum break,” Spencer told The Economist in a 2011 interview while discussing the work of his late bandmate. “Now these guys copy and paste it and make millions.”

Though both men had misgivings about the widespread sampling of the song at one point, they now seem at peace with its repeated use. For Flores, he can now reflect on the legacy of the Ultimate Breaks & Beats records and appreciates praise from modern industry heavyweights. For Spencer, his new outlook was aided by the efforts of British DJs Martyn Webster and Steve Theobald, who started a GoFundMe campaign in 2015 to raise some well-deserved money for Spencer and show him how many people appreciate his work. The campaign far exceed initial expectations, raising close to $30,000. “They didn’t have to do that – I didn’t even know them,” Spencer relayed to BBC. “Fifty years on, some young white boys that I’ve never met, halfway across the world said, ‘We’re going to give you a gift.’ It’s probably one of the sweetest things that’s happened to me in a long time.”

“[Coleman’s] heart and soul went into that drum break. Now these guys copy and paste it and make millions.” – Richard L. Spencer

While the GoFundMe campaign is a nice silver lining to the story, G.C. Coleman’s death as a homeless man in 2006 is a sobering reminder that both fans of sampling and record labels need to rethink sampling laws. Yes, sampling is important and should have a right to exist, but it is difficult to justify how someone’s work could be sampled thousands of times without them earning a penny. There has to be a better middle ground. In other words, Industry Rule #4080 is still looking for its congressional repeal.

No easy answer exists, but the music industry owes it to the legacy of Coleman to create a compensation model that is fair to both original artists and producers who sample. It may be a naive and unachievable goal, but it is one worth working towards.

Support: The Winstons’ music is currently available on iTunes and Apple Music if you wish to listen with your money.