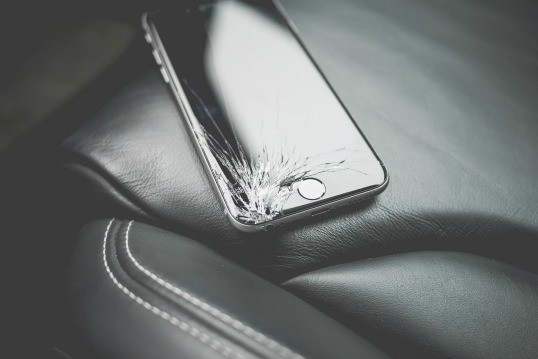 Headline heat. We’ve all fallen victim to it once or twice. That’s what good copy editing does after all, right? At the end of the day we’re all searching for validation of our opinions and emotions.

Did you see that self-indulging asshole Kanye West put up 106 points on a wheelchair basketball team again over the summer like he “balled so hard” on them in 2014? That sounds like actions of the creative deviant who believes the world centers around him. You took to Facebook with an ire and drafted your manifesto of hate with as many typos as your rushed train of thought could muster. “Fuck Kanye West.” “That nigga trash bro lol.” “OMG he’s so disgusting. How could a person really do that to those people?”

Except it was a fake news story. There were never any crossovers on paraplegics in August and it didn’t happen in 2014. It wasn’t real. Your feelings on Kanye West despite knowing that story was fake, however, remain. They’re very real. “I don’t care. Kanye is still a piece of shit.” “He probably really would do that with his selfish ass.”

That’s where we’ve come as a society in 2016. Facts? Who the fuck needs those when we just elected our first internet troll as President. donald trump (I will never give this chump the respect of proper noun capitalization) cherry tree fibbed at a rate of once every 50 seconds over the span of each presidential debate alone. Throughout Cobra Commander’s campaign, 70 percent of the rhetoric he spewed was proven to be embellished to just a flat-out lie of the highest order while 15 percent was half true and the other 15% ranged from mostly true to fact. (Debunks are still happening as we speak.) He ran on a platform of hatred that fueled fake news sites to the promised land. Hell, his purposefully misleading statements lead to legit news organizations scrapping facts for hits.

#DBEYR: You may hate the “New Kanye” but don’t take all internet news as gospel.

The election of Skeletor to the highest office in the world wasn’t beholden to silly things such as facts and truth. Bah! Why waste your time with honor and integrity when you have propaganda and fake news for free? Having your feelings and opinions justified, whether they’re right or wrong, is what’s important here. Lex Luthor isn’t draining the swamp like he promised. Washington D.C. is being transformed into Slaughter Swamp right before our eyes as the Legion Of Doom fantasy draft is happening in the White House. We have the fake alt-right, no fuck that — Let’s call the alt-right what they are: KKK. There is no way you can overlook how fake KKK emboldened news and satire sites played their part helping to galvanize this country’s most ignorant citizens to action.

Fake news sites allow us to falsely rest on our laurels. It gives us a sense of security in our ignorance and bias that we could be right but who cares if we actually are once we feel validated. In a society that talks not to listen and gain clarity but to solely club each other with our own points of view, the truth has very little meaning. We’d rather carry a lie on the strength of our feelings rather than admit we were wrong. Ayo, it’s poison. Clickbait and miscellaneous links you say it’s info, it’s poison. Kim Kardashian staging her robbery, poison. Denzel Washington endorsing Trump, poison. It’s cancer to Democracy and everything we’re supposed to stand for.

Make The Internet Great Again: Facebook CEO Mark Zuckerberg recently addressed how “misinformation” needs to be handled on his platform.

And that’s how, in 2016, America elects the Hydra organization as its leader and fulfills its destiny in becoming the plot of a 2006 Mike Judge movie.

Congratulations, America. You did it. But keep that bullshit off my timeline from this point on.

Marcel Williams is Michigan transplant thriving in Los Angeles. Catch him on Twitter at @WHUTUPDOE.