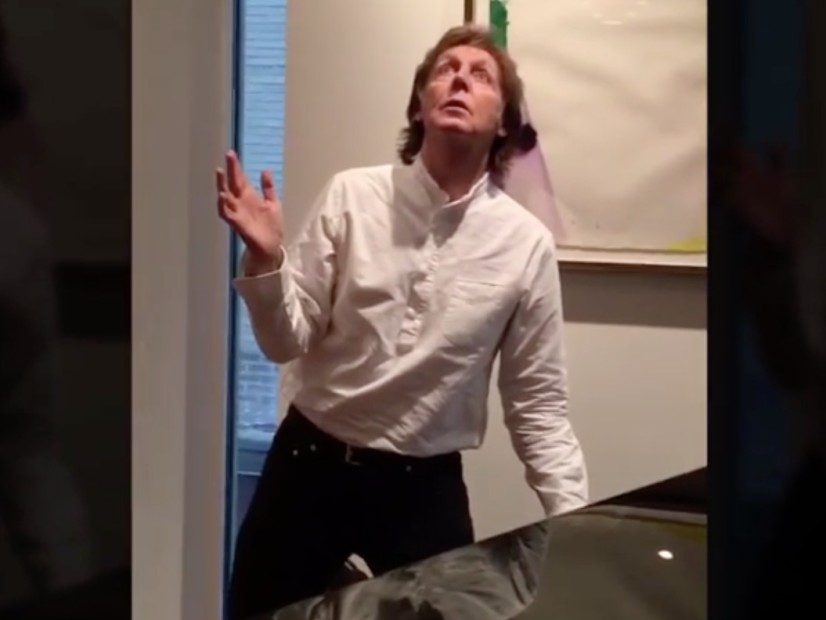 Tweets Is Watching: Paul McCartney Does #MannequinChallenge To “Black Beatles”

This week, 21 Savage admits to lying to TMZ about his money, Tyler, The Creator will play mini golf with the fans at Camp Flog Gnaw, and Snoop Dogg hands out with the mayor of Long Beach City at ComplexCon.

I honestly wish the best for America. I don't know much about politics to act fake deep about it. Send a prayer & refocus on self, you

The world needs more of this.

YG & Nipsey Hussle Did What They Could

Yeah, Donald trump won. But Me and Nipsey did what we was pose to do for our people and our kulture. #Legendary – 400

The “Fuck Donald Trump” legacy will live on forever.

The Divine Feminine vinyl is available at Urban Outfitters pic.twitter.com/UDC1OUC0oY

Get your copy of The Divine Feminine on vinyl.

When TMZ approached 21 Savage on the street, he said he had $250K in cash.

Soulja Boy Has Money On His Mind… Always

Who recently offered $100 for a follow back on all social media platforms.

PLAY MINI GOLF WITH ME AT MY CARNIVAL IT WILL BE AWK TRUST ME https://t.co/HJ97xcU9nU @StashimiApp pic.twitter.com/Z8pZEKFTZF

Snoop Dogg With The Mayor Of Long Beach

ComplexCon was a hit.

New movie in the works.

Smokin a joint for all you early voters out there. I know I'm one.

Light one up Wiz.

Alicia Keys Performs In Her Hometown Of NYC

Last night was CRAZY special! No better way to perform new music about the city that made me than on the @ApolloTheater stage! #AliciaIsHERE pic.twitter.com/m9mSPzikcJ

Crazy how the Countin video came out & the #mannequinchallenge took off ? pic.twitter.com/GqeDXqmb9E

Blood makes you related @noreaga but loyalty makes you family! You truly are my brotha. https://t.co/4Hhi5br1MW

N.O.R.E. was blessed with a Terror Squad chain.