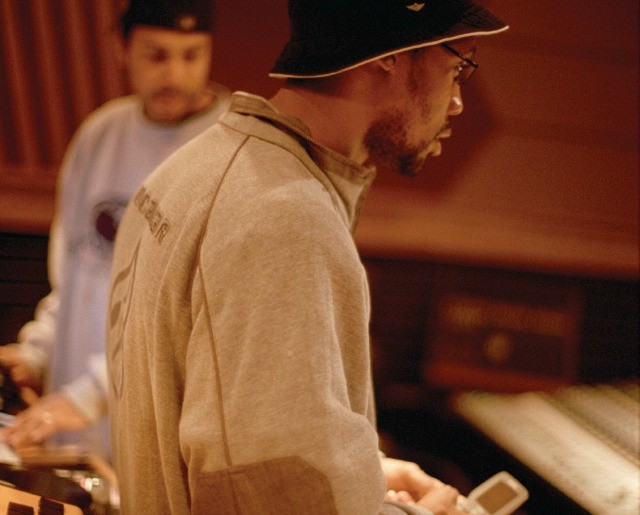 When RZA created the 36 Chambers studio in Staten Island, the same sacred temple where most of GZA’s Liquid Swords, Method Man’s Tical, and Raekwon’s Only Built for Cuban Linx were created, he tried to emulate past legends of the music industry. Having just read a book about Stax, a Memphis record label known for releases from iconic soul artists like The Staple Singers and William Bell, RZA sought to use the Motown and Stax model to build a sound that would define Wu-Tang and stand the test of time. He knew that creating a studio for the group would let them cultivate their signature sound and master their craft.

Not long after the 1993 release of Enter the Wu-Tang (36 Chambers), it seemed RZA was well on his way to making his master plan a reality. Thanks to a relentless work ethic and nonstop studio sessions, solo albums for each Wu-Tang member were recorded and slated for release. The Staten Island group seemed poised for a total industry takeover. Then the unthinkable happened. A flood struck RZA’s basement studio, wiping out countless hours of material.

“When the first Wu album came out, we had all the other albums ready,” RZA said in a September 1996 Vibe interview with Jeff “Chairman” Mao. “I had the shit with everybody’s names on it, and everybody had at least 15 beats in their section.” The volume of music lost was devastating. “I lost 300 beats in the flood,” RZA said. “All that got washed up.”

“I make music that reflects my emotions … I can sit here and give you this shit all day, every day.” — RZA

RZA estimated he lost 300 beats in the flood, but the actual number may have been even higher. Raekwon once told DJ Booth close to 500 beats were washed away, and it wasn’t just RZA’s hard work. According to Rae, ODB and several other Wu-affiliated talents also lost the fruits of their labors. “A lot of people didn’t know that Dirty was making music,” Rae said, likely referring to the post-Return to the 36 Chambers: The Dirty Version era. “You had Tru Master. You had 4th Disciple. They all had different sounds. It was just a collage of organic violins and certain eerie sounds…Knockers and bangers and beats that was challenging to us.”

While RZA spoke of the flood as a singular event in interviews, it appears there may have in fact been two major floods. As Ghostface Killah speaks to the audience during a 2011 Red Bull Music Academy interview with several Wu members, Allah Mathematics reminds him that RZA’s studio flooded twice. Based on group member accounts, it appears the first flood happened before the release of Tical and the second flood happened right around the release of Cuban Linx.

This rough timeline is confirmed in an RZA interview with Rolling Stone where he said, “The reason

“It was a totally different album … But the flood came.” — Inspectah Deck

Though Method Man and RZA both agreed Tical could have been better, the album garnered its fair share of praise despite the effects of Mother Nature. GZA and Raekwon continued the group’s hot streak with their acclaimed 1995 debuts. Wu-Tang seemed to have righted their ship and worked through some dark days. Then the second flood hit.

In The Tao of Wu, RZA writes that the Shogun Assassins quote at the beginning of Liquid Swords feels eerily prophetic today. In hindsight, the solum snippet of the movie’s main character Daigoro saying, “That was the night everything changed” seemed to indicate another ominous event was on the horizon. The remaining group members were forced to scrap their albums, start from scratch, or put out a product that didn’t match their initial vision. One of the group members who felt the loss most was Inspectah Deck. “My first album wasn’t even the album that y’all hear as Uncontrolled Substance,” Inspectah Deck relayed in a sitdown with VLADTV. “It was a totally different album … But the flood came.”

Deck tried his best to salvage his work, but his efforts were in vain. “Back then we was doing beats on the ASR-10 floppy disks and things like that,” Deck said. “Floppy disks got soaked…I tried to salvage it. I took it to a computer place. Nothing could happen. So, I lost that first album and had to start all over again.” Wu-affiliate Cilvaringz gave fans hope of hearing some of the lost material in 2003 when he reported some of the original disks were working again, but that material has never surfaced.

“They all had different sounds. It was just a collage of organic violins and certain eerie sounds…Knockers and bangers and beats that was challenging to us.” – Raekwon

Though devastating at the time, the group deserves credit for soldiering on after both floods. In the Vibe interview, RZA makes it clear that no flood or personal setback of any kind was going to stop him. “I make music that reflects my emotions,” he said. “I can sit here and give you this shit all day, every day.” Rae’s DJ Booth interview shows that he was in a similar frame of mind. “That might just be telling us to go back in the studio and make more shit,” he said while reflecting on the flood.

Perhaps part of the resilience shown by the group came from the fact that they already felt blessed by good fortune. As Ghost told the RBMA audience, “For all the good that happened, it was like that had to happen for the balance of life … that’s just how life is. So I had to look at it like that.”

Though Wu-Tang didn’t let these massive roadblocks stop them, one can’t help but wonder how it changed the trajectory of their career. No matter how impressive and massive their catalog, fans were likely robbed of some timeless music.