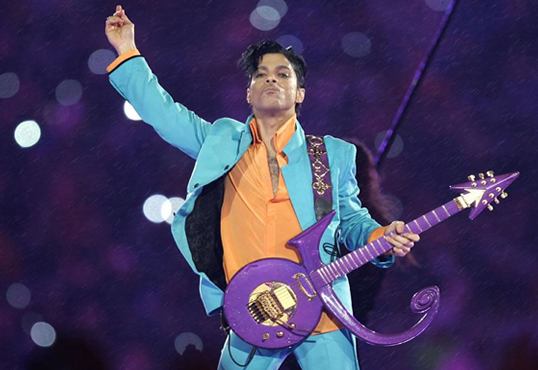 Prince Passes Away At Age 57

PRINCE! Rest in peace to the greatest of the greats.

RIP to a real legend, PRINCE. Definitely one of my favorites of all time… Tonight I'm gonna party like it's 1999.

Prince is the type to sue every last press outlet for reporting him dead. They better be sure that man died.

I can't belive what I just heard. R.i.p to this legend. Was never afraid to be out if the box & his music was great! pic.twitter.com/rSFO6OagHl

Prince’s publicist confirms that the pop music icon passes away at the age of 57.

When you speak my name put some respek own it ??? #birdman

"PUT SOME RESPECT ON MY NAME!!!"
????
– @cthagod @djenvy @birdman5star one of my favorite @breakfastclubam moments ever!

Birdman was not too happy as he walked out of an interview with the The Breakfast Club. He lasted 2 minutes.

Harriet Tubman To Replace Andrew Jackson On The $20 Bill

UPDATE: New $20 bill will keep an image of Andrew Jackson on the back, with Harriet Tubman on the front of the bill. https://t.co/2Ge6AoWwdW

Just withdrew 5k.. In Tubmans tho.

And Harriet Tubman about to be on more than 4/20's https://t.co/rcVuJAR63G

@prophiphop @JohnGivez I'm bout to frame like 5 of them! Only time ill it's acceptable for me to love money.

I'm doing my happy dance today! Harriet Tubman will be on the $20 dollar bill! If our Ancestors could see us now! https://t.co/eKyHCciN2V

This is huuuuge. I think of the… https://t.co/IiPtSb5oBo

Artists react to the news of Harriet Tubman replacing Andrew Jackson on the 20 dollar bill.

My question was,on American platforms what do they allow you to stand up for in 2016. This has been the number 1 question for me.

A#blacklivesmatter B#Muslimlivesmatter. I'm not Muslim . My criticism wasn't about Beyoncé. It's how u can say A not B right now in 2016.

M.I.A. questions why Beyonce and Kendrick Lamar haven’t spoken out on social injustices facing people in other countries.

#RipChyna ??? all of us on team Chyna love you and will love you forever babe.

Artists respond to the passing of WWE wrestler Chyna.

.@LilTunechi gets a one-of-a-kind key to the city from the Mayor of Lafayette at TIDAL X: SWFC! #TIDALXChange pic.twitter.com/iJPGnlVyUY

In recognition for his philanthropic work, Lil Wayne receives the key to Lafayette, Louisiana before his performance at the University of Louisiana at Lafayette.

Fresh off her first #1 album, Gwen Stefani is hitting the road to blow people’s mind with Eve.

Chance The Rappers Shed A Tear In “Barbershop: The Next Cut”

Damn Barbershop 3 was good af. Like really good, I shed a tear in the end. Did the city justice

Honestly so funny, and well rounded. Spoke on everything in a tasteful way and made us very proud. #BarberShopTheNextCut

It's not even just good for being the third installment of a series. Just overall good movie. Definitely the best 3rd film ever.

Return of the Jedi < #BarberShopTheNextCut

The third installment to the Barbershop movie series left Chance The Rapper shedding a tear.

Desiigner throws up while performing “Panda.”

Bick back & wait on it pic.twitter.com/0yo9kM4ZK6

We back and got more money lmao y'all in trouble ! pic.twitter.com/LqMSh7OVdv

It’s all love at Coachella as YG and DJ Mustard announce they are back at it.

A$AP Ferg Lives It Up At Coachella

Coachella is the ultimate playground.