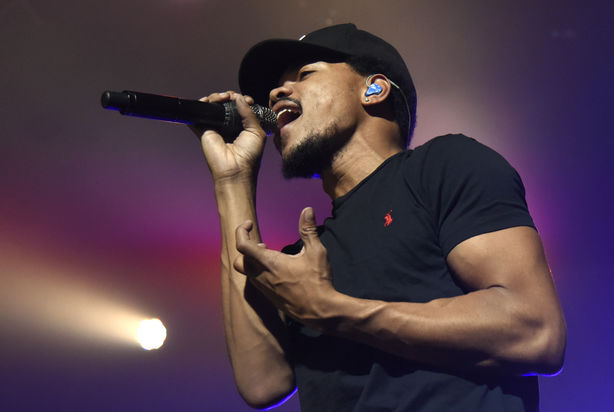 God Is Good! Grateful For You @DangRussWilson. You Are Heaven Sent. I'm Looking Forward To Spending Forever With You pic.twitter.com/LideYmZPwj

Ciara and Russell Wilson are engaged, the couple shares on social media. They have been together since April.

Canada thank you for your support sorry I had to cut it short due to sickness but I will be back to make those dates up soon! Much love

Krayzie Bone reveals that his recent tour in Canada had to be postponed while battling flu-like symptoms and an intense case of pneumonia.

Chance The Rapper Fires Back At Spike Lee

And then get mad when students at the screening challenge him on his sexist, and RACIST movie and he wanna point the finger at me

Boy. You are a lame. But more importantly a liar.

Chance the Rapper fires back at Spike Lee after the director calls the Chicago rapper “a fraud.” Lee was speaking at Northwestern University and has been promoting his recent film, Chi-Raq, a satire of gang life in Chicago.

After Stitches reaches out to lend Katt Williams support in light of his recent legal woes, the comedian-actor calls Stitches “Miss Piggy” in a tweet that has since been deleted. Stitches responds.

Pac taught me a lot more than my own father. Inspired me, Motivated Me, Listened without ever being there.

Wanted to share this with my fans a letter from my real Father who has been serving a life Sentence. pic.twitter.com/2Io5LMAiAS

Never met my dad but this was my reply. pic.twitter.com/L2Nwj7xQOi

Tyga says that Tupac “is lIke a father figure to me” during an interview with TMZ. He posts a letter from his real father, though it is cut off in several places.

Kendrick Lamar holds an untitled unmastered. lyric contest on Twitter for his most dedicated fans.

@chrisbrown we need to sit down and handle this business. I tried the adult business route. I feel my kindness is being taken for weakness.

Don't follow me. Lol it's simple he needs fans I don't. I'm not weak minded like that I got in the industry at 25. Already knew who I was ?

I promise he will NEVER respond. Or resolve the issue like men. #coward

Your not cool enough to hang with my fans they wouldn't let such hateful and hurtful people come to the show. #kingdommusic ain't about "Me"

After 4 years? Yep. The biggie 2 PAC route ain't going down under my watch. But I'm still not gon get punked ever https://t.co/yDOCKMzOvP

u can't diss a guy who is self sufficient and does not want you to follow them OR be a fan or support their movement. Music is 10% of me ??

Chris Brown calls out Kevin McCall on Instagram after McCall asked Brown for a business meeting. The two worked together on Brown’s 2011 song “Deuces” and McCall was signed to Breezy’s Chris Brown Entertainment.

@HillaryClinton I have a question pic.twitter.com/dJtw2zi5O4

David Banner offers a series of questions to Hillary Clinton over past comments she made about “gangs of kids” evolving into “super predators.”

Kanye West is spotted at IKEA’s headquarters in Sweden. The visit sparks speculation of a possible Yeezy and IKEA collaboration.

'Habitat for Humanity' @schabitatfh Got us all involved #beabossinyourcommunity and the Time is Now!!! … https://t.co/qgJTpAuQX0

Rick Ross supports a Habitat for Humanity project for a military veteran in his hometown of Fayetteville, Georgia.

Kanye West Says “No More CDs From Me”

In the aftermath of the rollout to his The Life Of Pablo album, Kanye West says he will no longer be releasing his music on an industry standard.

THANKS MAN THIS IS OLD https://t.co/9GXNYqF9YV

Tyler, The Creator apparently does not bother with responding to birthday texts. He turned 25 on March 6.

Big Grams, consisting of Big Boi and Phantogram, have been active on the festival scene. They perform it OkeeChobeeFest in Florida with 30,000 fans watching.