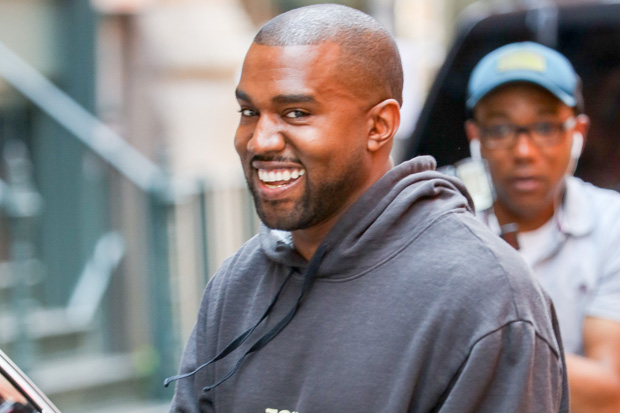 Blazing Lazers was probably my favorite game on that console …

We actually played Spy Hunter at my mom’s house!!!

It hasn’t been a month since The Life Of Pablo and he’s dropping another one. Has Ye been bit by the Future bug?

Soooo we getting Groovy Q album before or after summer @dangerookipawaa

A fan asks Top Dawg if the follow-up to ScHoolboy Q’s Oxymoron album is coming “before or after summer?”

I don't wanna beef! I just wanna be the best!

Future announces his new emojis, including his face in various expressions, the rapper dabbing, cars, hats and drugs, including Xanax.

A$AP Rocky shares a video of his elevator scuffle at the Pullman Hotel in Auckland, New Zealand.

Drake is signed to BBK.

The Music game has changed differently. Big up Skepta #KING

Confirmed also by his Instagram post, Drake announces that he has “signed” to British grime label Boy Better Know.

Yo @dangerookipawaa after that @kendricklamar Grammy performance , you have to release those untitled tracks asap!!! What's up? Talk to me

Dam my nigga u on my head 2…The fans been killing me. Y'all just backed me in a corner..Give me a few days 2 think https://t.co/5mFIPYUMXJ

.@kanyewest, I’m not on Twitter but just hit me up and let’s have that sit down. – Neil Portnow

Neil Portnow, president and CEO of The Recording Academy and The Grammy Foundation, responds to Kanye West’s request that they meet to discuss the state of The Grammys. Nei

Talk show host Wendy Williams says Rihanna will not achieve legend status, as she compares her to Queen Bey.

Future Sits On 3 R&B Albums Worth Of Material

Future tells radio personality Ebro he has three albums worth of R&B waiting in the archives.

Azealia Banks disses Rihanna and Drake’s “Work” video that has since been deleted.

Joey Bada$$ teaches at New York University, speaking to 300 students and sharing insight into his career as an independent artist. He also raps a verse for the crowd.

Ja Rule Says His Next Album Will Be His Last

My next album will be my best!!!

And I changed the name of my LAST ALBUM!!!

It's no longer gonna be called Genius loves company…

My best shall be my last…

In the words of @iamdiddy don't bother me I'm WORKING!!!

Bare with me be patient this is ART I'm creating!!!

My soul will be one with C.D.G…

My BEST shall be my LAST!!! pic.twitter.com/llVyEZq8bG

Thank you everyone for all the love & support I'm recovering & getting well. Also wanna thank god letting me see another day!! #DreamChaser

Thank you everyone for all the love & support I'm recovering & getting well. Also wanna thank god letting me see another day!! #DreamChaser

Dreamchasers rapper Chino comments on his recovery, as he was recently shot in the head.

Drake surprises one special girl at her Bat Mitzvah in New York with an impromptu performance.