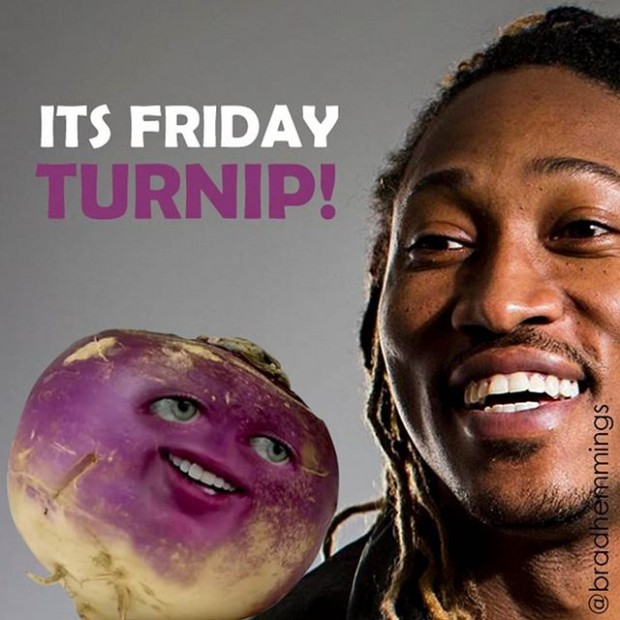 This week, the #FutureHive have something else to celebrate through Evol while Kanye still is the butt of Amber Rose’s joke a week later.

The Side Effects Of “Evol”

Just Another Trophy For Future

The stream of successful releases for Future Hendrix keeps getting larger and larger. Can Atlanta’s own even lose at this point?

That “Other” Mixtape Dropped As Well

Before the build up to Evol, Young Thug sent shots toward Future’s way as he was set to drop I’m Up the same day. By the time the project hit the web, no one cared much.

The Seattle Seahawks aren’t going to the Super Bowl this year, but that hasn’t stopped social media from dragging Russell Wilson for his relationship with Ciara.

As the presidential primaries heat up, Bernie Sanders and Hillary Clinton are coming for each other’s throats to cause a rift within the Democratic Party. Who cares about education or foreign policies. Which one listens to Young Thug?

Struggle rappers are people too. The socialist label for Sanders makes sense while Clinton may feel a little indifferent.

Though many have moved on, seems like some very vocal folks on social media are continuing to meme the hell out of Ye’s alleged love for butt play.

Instead of denying, Kanye should capitalize and start his own candy company.

Kim Kardashian was put in a very compromising place once Amber Rose sent out the atomic bomb of a tweet last week. Seems like all is well between those involved, but the memes aren’t stopping anytime soon.