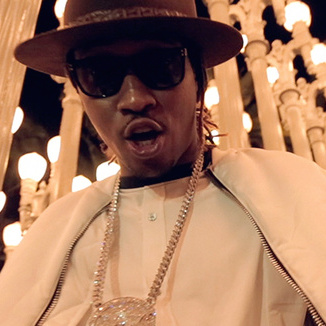 FutureHive Compares Future To Who?

Future has compared himself to Jimi Hendrix at times but Luther Vandross? Is “Commas” this generation’s “Bad Boy/Having A Party?” Doesn’t matter. In the world of the FutureHive, ATL’s finest is everything good with the world.

The Creation Of Future

The fandom of the FutureHive have reached BeyHive levels with a creation story that rivals the greatest history has to offer.

God is blessing all the “Trap Niggas” through ATL’s reigning king.

The After Effects Of Too Much Dirty Sprite 2

There’s a line on one specific DS2 track where he mentions taking enough codeine to make his urine the same color and consistency.

Before Meek Mill got with Nicki and Hov married Beyonce, they were men on the grind just trying to get it. One never knows what the future holds.

Whether or not 50 Cent is broke after filing for Chapter 11 is still up for debate. Doesn’t stop the internet from adding their two cents to the ordeal.

Any Gift Will Do Fiddy

If the G-Unit head is broke, clearly it’s going to be harder to party like “it’s your birthday.”

Looks like El Chapo has been listening to Drake before making his daring break from prison some time ago.

Who is Old School?

Believe it or not, there are a group of rap heads who grew up with Soulja Boy becoming their first look into the genre. Ten years past “Crank That,” does that make him old school?