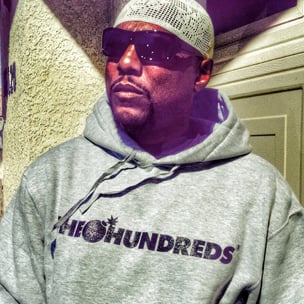 MC Ren is angry with Universal Pictures for effectively cutting him out of the narrative in their promotion of the Straight Outta Compton biopic. He initially blasts the film via Twitter, angrily stating, “Man fuck these bitches at universal pictures leaving me out the movie trailers tryin’ to rewrite history.” He has a right to be upset. He can be found nowhere in the trailers, which feature specifically Ice Cube and Dr. Dre strolling down memory lane. And, as far as the actual movie footage, the vast majority of the focus are on Eazy-E, Cube, and Dre.

This just shouldn’t be the case. Yella and MC Ren were huge parts of the N.W.A formula, with Ren actually penning a gaggle of songs solo — and given the corresponding writing credit to boot — as well as being a significant collaborator on hits like “Fuck The Police” and “Straight Outta Compton.” He also wrote entire songs on Eazy’s Eazy Duz It including  “Radio,” “I’m a Break It Down,” and “Nobody Move.”

While Cube and Dre went on to be megastars, Ren had great solo work, as well. Especially the highly underrated Villain In Black. Of course, there was also his platinum ‘92 single “Kizz My Black Azz.”

Here, we give you five reasons why the team at Straight Outta Compton and Universal Pictures should not have left MC Ren out in the cold in their promotional run for the long-awaited biopic.

Victors are always in control of history. For the general pop culture consumer, Ice Cube, and Dr. Dre are the most successful members of N.W.A. Therefore, it makes sense for Straight Outta Compton to focus mainly on the two moguls. Probably more so than Cube considering Cube Vision Productions’ attachment to the film. Then there’s Eazy E’s death, making a direct point of view from him impossible. How did Eazy really feel about events leading to the demise of N.W.A.? MC Ren could have served as the right amount of balance. Sure, he never grew to the amount of notoriety as his peers. However, those looking for an unfiltered look into one of Hip Hop’s most iconic groups should have the input of everyone involved.

Doesn’t Leave Much Closure To His Life After N.W.A.

Hip Hop totally understands how Ice Cube and Dr. Dre moved on after N.W.A.’s breakup. There success today is more than evident. However, MC Ren remained loyal to Eazy E past the controversies and even released albums through Ruthless. What went into that decision? Why didn’t Dr. Dre diss MC Ren on “Dre Day” or “Bitches Ain’t Shit?” These types of answers not only make for better tension within the film’s narrative, but adds a layer of Hip Hop history. From the looks of things, staying with Ruthless didn’t lend the same level of status as his peers. Then again, he released two underrated L.A. classics through Shock Of The Hour and Villain In Black while making some critical lifestyle choices. That meant aligning himself with The Nation Of Islam, getting married and having five kids. Some of the best music biopics represent life outside of the limelight and seeing the life of Lorenzo Patterson unfold following the end of N.W.A. could have become pretty interesting.

Shock Of The Hour and Villain In Black Are Underrated Masterpieces

When the group splintered they all would go on to release solo albums of their own. The most obscure but by far not the least interesting was Ren’s Shock Of The Hour. The L.A. Times at the time gave the album three stars out of four, penning that the album was a “small, ugly masterpiece of gangsta rap.” Villain In Black was also well received. With beats that were revelations at the time, and lyrical content that was straight G-funk, with vivid imagery and a gangsta rap aesthetic that continued to move units for years to come, and has seen a recent re-emergence in artists like Kendrick Lamar and YG.

Handled A Majority Of The Songwriting Along With Ice Cube

N.W.A. had two main writers: Cube and Ren. Eazy’s skillset was not in the writing arena, and his considerable contributions lay more on the business side than anywhere else. Plus,  Dre and Yella were mainly producers. As one-half of the folks doing most of the writing, Ren deserves to have a large role in the film. And, with that said the promotion of the film. Why he’s been left out in this way is a mystery. Hopefully, that will be solved soon. For now, having the man who wrote much of Eazy Duz It hiding the shadows is a bit too much to bear.

Music biopics are never perfect, but the best ones get the details correct before focusing on the legend surrounding the artist(s). This is true for some of the best biopics we’ve seen over the years. Ray got right that the legendary singer’s nervous breakdowns stemmed in part from his mother’s death. Notorious focused on tone, as well as an accurate description on the beef between Pac and Big. Both of those instances could have been played up for drama, but sticking to the facts has significant advantages, even if events aren’t as dramatic as you’d like them to be. We’re not saying those films were not without their issues, but we’re saying that it got enough right to not bastardize the lives and brands of the folks involved. That’s more important than any kind of cheap drama. A Straight Outta Compton biopic vastly underestimating the value of Ren would be a huge knock on the veracity of the film, and, frankly, N.W.A and fans deserve better.

Ural Garrett is a Los Angeles-based journalist and HipHopDX’s Senior Features Writer. When not covering music, video games, films and the community at large, he’s in the kitchen baking like Anita. Follow him on Twitter @UralG.