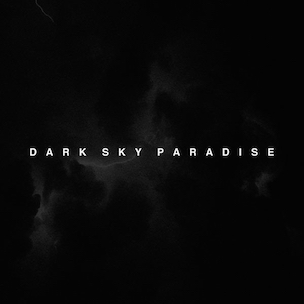 Big Sean’s DarkSkyParadise drops February 24th, and the Detroit native seems poised to deliver the best album of his career. Here, after his 2014 hit “IDFWU” took bitter hearts by storm, he drops “Blessings” featuring Drake and Kanye West. The original dropped with no verse from Yeezy, but soon this version emerged featuring Ye´’s familiar tenor.

With this star studded a billing we absolutely had to weigh in. Again, and as usual, you’ll find the perspective of our Sr. Features Writer Ural Garrett, and myself, Features Editor Andre Grant.

Does The Song Match The Hype Of Who’s On It?

Ural: Big Sean is on a fucking roll after essentially making the most underrated come-back of 2014. Looks like the Detroit native really wants to make up for the lukewarm reception and critical disappointment which came in the form of Hall of Fame. “Crew looks like we robbed a bank but all we make is deposits,” he wittingly continues to rhymes until Drake delivers yet another easily catchable hook which should probably run the rest of 2015. To be completely honest, DarkSkyParadise may be the year’s first blockbuster rap album.

From the same guy who dominated last year’s rap terminology with “0 – 100,” October’s Very Own croons “I’m waaaaaaay up, I feel blessed” without a care in the world. That insouciant attitude is honed in more with lines like “ I can give two fucks of where the Grammys go, I just gave out Grammys on my instagram,” alluding to his humorous “Hood Grammy.”

Then Kanye West himself shows up for the remix moments later. Kicking off the start of the year backed by Paul McCartney for the upliftingly beautiful and poignant “Only One,” earlier this week, Yeezus joined the former Beatle in assisting Rihanna on “FourFiveSeconds.” For the beginning of 2015, many thought that West was going to be on some indie pop shit. Then he makes his grand rap introduction with: “the truth keep niggaz traumatized, they try to compromise my condom size, so I SnapChat that whole shit, trying to see titties, trying to show dick, and I swear to God I hope they post it.” Yup, the egotistical, ballsy West we all love to hate is still there thankfully. This time, it’s a little more controlled which makes for some hilariously lines where he reminds everyone of his home gym, home pool and North West’s million dollar-an hour homeschool.

“Blessings” is Big Sean’s real christening to the league of extraordinary rap gentlemen despite being a hit maker for quite a while, featuring another above average hook from Drizzy and a phenomenal closing bar from Yeezy. For what it’s worth 2015 has officially arrived.

Andre: The “Blessings (Remix)” featuring Drizzy and Yeezy is the best song of 2015 so far. For the first time in a long time Sean wasn’t completely overshadowed by his uber talented peers. Not only did he hold his own, but his verse may have been the most creative both structurally, emotionally and lyrically. Forgive the use of repetition to bend his verses into triplets, but the result was an interesting triple timing of his verse in certain areas. Turning it into something else entirely grand and resonant.

Drake found himself on the hook ( as usual) and then proceeded to take us to the church of the 6 God ( that album will also be incredible). He’s rapping again, I think. And he’s doing his most aggressive turns of phrase since So Far Gone. It’s amazing the way the man is always on the pulse of what is familiar while never seeming like he’s stealing. It is its own type of brilliance.

The jewel is that Ye´ verse, though. As nerdy and non-cynical as he’s been in some time, and his range is equally as incredible. One moment he’s singing about his daughter with Paul Mc Cartney and the next he’s talking about playing peek-a-boo on Snapchat. What else? A 3PO reference? Star Wars?

And is that J. Cole in wailing in the beginning or is it just me?

Ural Garrett is an Los Angeles-based journalist and HipHopDX’s Senior Features Writer. When not covering music, video games, films and the community at large, he’s in the kitchen baking like Anita. Follow him on Twitter @Uralg•