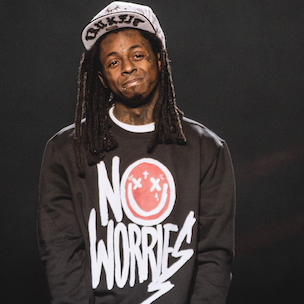 Tweets Is Watching: Lil Wayne Announces He Wants Off Of Cash Money Records

This week, Meek Mill gets out of the box early, Tyga will be releasing his next album independently, and Rhapsody and Big Boi voice their opinion on the Eric Garner case.

To all my fans, I want u to know that my album won’t and hasn’t been released bekuz Baby & Cash Money Rec. refuse to release it.

This is not my fault. I am truly and deeply sorry to all my fans but most of all to myself and my family for putting us in this situation. — Lil Wayne WEEZY F (@LilTunechi) December 4, 2014

I want off this label and nothing to do with these people but unfortunately it ain’t that easy — Lil Wayne WEEZY F (@LilTunechi) December 4, 2014

I am a prisoner and so is my creativity Again,I am truly sorry and I don’t blame ya if ya fed up with waiting 4 me & this album. But thk u — Lil Wayne WEEZY F (@LilTunechi) December 4, 2014

Earlier this week, Lil Wayne shook up the world when he stated he wanted off the Young Money roster. The house that Baby and co. built has been rocking violently this year, with first Tyga showing his displeasure, then Jay Sean leaving the label, and now the team captain Weezy sounding fed up. Whatever’s happening in Cash Money land is leaving their artists sick and tired, and with the news that they’ll even send their number one to the Cash Money graveyard, the other artists on the label must be squirming in their seats. In the wake of the statements, Wayne’s Twitter has not been touched, there has been no statement claiming he was hacked, and he even recently took the stage at Vice’s 20th year anniversary to announce he’ll be “off Cash Money soon.” Talk about trouble in True Detective paradise.

@LilTunechi if u wanna drop albums & don’t want your CEO’s rubbing they hands all in your videos, COME TO GOOD MUSIC!! (Suge Knight voice)

After Wayne voiced his displeasure at Cash Money’s handling of his Tha Carter V release, a ray of lighthearted (or deadly serious) sunshine came from out of nowhere when Pusha T sent a series of hilarious Tweets entreating Wayne to “come to G.O.O.D. Music.” Could such a thing be in the works? If it is, it would be the most serious label coup in a long, long time.

In a now deleted Tweet, Tyler, The Creator states, “I love you Marshall, you are my favorite rapper but dude ShadyXV is fucking ASS hahaha why wont someone who loves him tell him NO.” He clearly wanted to be heard, with a consequent Tweet stating that he was deleting his previous one. Looks like Tyler continues to speak his mind without a filter.

Finally! The moment we’ve all been waiting for. The end to the #FreeMeekMill movement. Meek was released from prison, after being incarcerated for almost 6 months. However, he must still pay his dues. The MMG rapper will have to participate in community service and will not be able to travel outside of Philadelphia.

Nicki is a hard-working rap-BEAST. stop trying to degrade and BELITTLE Our culture with this fucking kkk iggy shit. — CATTY NOIR (@AZEALIABANKS) December 4, 2014

Azealia Banks is heated as she goes off on a Twitter rant calling out Iggy Azalea for being silent on the recent “black” issues. Calling her “Igloo Australia,” this is not the first social media feud the two have engaged in. On a positive note, she praises Nicki Minaj.

#TheGoldAlbum is going to be my first independent release 2015

Can’t say we didn’t see this coming. After a public falling out with his label Young Money Records, Tyga will be releasing his next album The Gold Album independently. Earlier this year, Tyga informed us that this album was complete, but was being held hostage by his label.

Officer involved in death of Eric Garner: “It is never my intention to harm anyone and I feel very bad” – pic.twitter.com/oIjKP6JjMb — ABC News (@ABC) December 3, 2014

So much for body cameras #EricGarner

Several artists have responded to no charges being brought against Daniel Pantaleo, the officer who was shown on video choking Eric Garner. Garner died as a result, and his death was ruled a homicide. Rapsody’s tweet sadly reminds us how often this is really happening, with no justice being served.

Rumors have it that Kanye West will be retiring from music to focus on his other endeavors. Before that happens, if it does, he will be going on one last tour, titled the Kanye West Tour experience. This show is actually posted in an auction listing, of which the bid starts at $15,000. Pocket change.

J.Cole is doing a great job hyping his fans for the release of his new project 2014 Forest Hills Drive. Just last week, he posted a photo on his IG of playlists on his iTunes, hinting at more new music to come. This project will be released on December 9.

Check out the exclusive snippet from the album trailer for “The Young OG Project” Available on iTunes 12.25.14 http://t.co/EOFbCHD3XI — Fabolous (@myfabolouslife) December 1, 2014

According to a Dem Jam Recordings press release, Fabolous will be releasing his next album titled The Young OG Project on December 25. This project will be a digital only release. It is a follow-up to his Loso Way, back in 2009. The New York rapper takes to Twitter to release a snippet for the album’s trailer.

Still at it. On December 2, the legendary Wu-Tang Clan released their sixth studio album A Better Tomorrow. In honor of this, Dash Radio and DJ Skee have announced a pop-up Wu-Tang Clan station dedicated to the group. The Wu Week station is live and will play new and old songs from Wu-Tang Clan and its members all week.