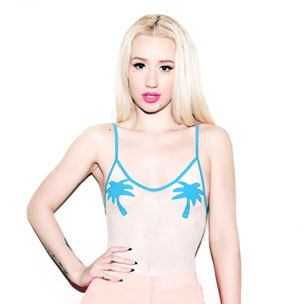 This week, OutKast performs in their hometown of Atlanta and J. Cole’s debut album turns three.

Please stop with the fake stories. I would never ever ever cheat on my husband in a million years I think u guys know this…..

The break-up between Wiz Khalifa and Amber Rose caught us all by surprise. What we weren’t given was a reason for the divorce, until now. While defending herself against rumors of infidelity, Amber calls out Wiz for cheating during their marriage. Per TMZ, Amber claims Wiz has been cheating on her for months during his “Under The Influence” tour this past summer. On top of the divorce, she is asking for full custody of their one-and-a-half year-old son Sebastian.

A big happy birthday to Lil Tunechi himself as he turns 32 on September 27. Lil Wayne, founder of Young Money, has had a quite a career, and it is not ending soon. While still on the road for the “Drake Vs Lil Wayne” tour, Weezy manages to make a pit stop to celebrate his day of birth at Lure nightclub in Hollywood on September 25. This was apparently a surprise party thrown by his rumored girlfriend Christina Milian, whose own birthday is just one day prior (September 26). She posted a photo of a skateboard-shaped cake with the words “Happy Birthday Tunechi.”

It’s only fitting for a group who formed in Atlanta and are celebrating 20 years of music to go back to the ATL and perform for the city that loves them. OutKast has a weekend-long set of shows dubbed #ATLast weekend. Big Boi has been sharing pictures from the show and this particular picture was taken on the second night. The duo didn’t stay on the stage along as they were joined by Goodie Mobb’s Bigg Gipp and Sleepy Brown for their individual features.

Can’t believe it’s been three years today since we released Sideline Story, truly been a ride and nothing but blessings #Dreamville

Since J. Cole doesn’t tweet much, we looked at his right-hand man Ibrahim “IB” Hamad’s Twitter account to get a nice little story about J. Cole’s debut album, Cole World: The Sideline Story. On September 27, Cole’s first album turned three. Ibrahim talked about the label predicting only 60,000 in sales on the first week. When the numbers came out, it sold 115,000 in the first day and 220,000 in the first week. Hard work always pays off.

It was pretty clear that Big Sean made “I Don’t Fuck With You” with one target in mind: his ex fiancee Naya Rivera. Here’s a quick little back story on why he may be upset with the actress. Once upon a time, they were engaged and later, they broke up. It looks like she kept the wedding date and dress and ended up marrying someone else months after she broke off her engagement to the G.O.O.D. Music rapper. On top of being an angry “diss” track, the hook is definitely catchy, making it relevant for almost every occasion.

Meek almost at the Door #FreeMeekMill Dreams Worth More than $$$$ http://t.co/Sf5eHmQbyc

Out of sight, out of mind. The phrase doesn’t apply in this case. While Meek Mill is still serving time, his Maybach Music Group family still has his back. Rick Ross shared a picture of the Philadelphia native with the caption, “almost at the door,” hinting that he may be released soon. Grey is a dull color for a sweatsuit but besides the fashion, Meek looks to be in good spirits. Check out the full story, here.

Twitter feud of the week: Soulja Boy and K. Michelle have no shame in publicizing their distaste for one another. K. Michelle initiated the quarrel, directly calling Soulja Boy out on Power 105’s The Breakfast Club. While we commend him for standing up for himself, his comeback is a great reflection of his young age. Interestingly enough, the two have never met in real life. That should be a fun run-in.

All eyes were on Derek Jeter when he played his final game at Yankee Stadium on Friday (September 26). Q-Tip and the rest of the world were rooting for the shortstop either from the stands or from their living rooms. Needless to say, Jeter played one hell of a game and went out the right way with many of his celebrity friends in the crowd, including Jay Z. Not sure if Q-Tip was also in the stands but the cheering remains the same regardless.

I honestly don’t really mind if I’m described as rap or pop. My passion is purely making music and entertaining.

In a recent interview with Thisis50 Radio, New Jersey rapper Rah Digga calls out Iggy Azalea claiming she an artist she could just not get into. She stated after listening to her album, she is everything but Hip Hop. Iggy responded via Twitter claiming she does not mind what genre of music people perceive her as, as long as she is making the music she loves. No one can be mad at that.

Been in tour rehearsals for the last two days .. #PAYATTENTIONTOUR starts Oct 2nd in Charlotte NC

Southern rapper Big K.R.I.T. alerts fans of his “Pay Attention” tour as it kicks off in on October 2nd in Charlotte, North Carolina. This North American Tour has been set to pave the way for the release of his sophomore studio album Cadillactica. Earlier this month, K.R.I.T. hit us by surprise with his See Me On Top Vol. 4 mixtape, which he announced a few days prior to its release. Catch his unique country flow combined with real lyricism at a city near you.