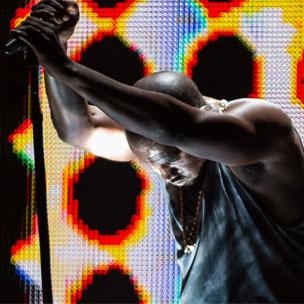 6 Highlights From Los Angeles' First Budweiser Made In America Festival

The inaugural L.A. edition of the Budweiser Made In America Festival simultaneously put on in conjunction with Jay Z’s Roc Nation and their official partner Live Nation hit downtown L.A’s Grand Park over the weekend. The show was diverse and jampacked with superstars the likes of John Mayer, Kendrick Lamar, Kanye West, Weezer, Afrojack and more as well as up-and-comers like Nipsey Hussle, Chance The Rapper, and SZA set against the art deco backdrop of L.A.’s city hall down on 1st and Los Angeles streets. The beer was flowing, the sun was beaming and, of course, the full menagerie of southern california tastes and styles were on display. It wasn’t quite Coachella, but the combination of booze, youth and superlative acts that spanned the spectrum of genres delivered up a particular satisfying weekend, and it needed to.

A lot was riding on Jay Z’s little festival that could, with Mayor (though some say emperor) Eric Garcetti clearing significant red-tape and skirting more than a few city ordinances to make the thing happen in time. And the city also showed more than a few seams, with the second day’s police presence considerably beefed up to counter the potent combination of beer, sunshine and good vibes. It didn’t damper the mood, however, as performer after performer brought their A-Game. And, when all was said and done, the city of Los Angeles and all the cooks involved in making Made In America happen proved they could keep the sleepy downtown area awake without anyone getting too upset. Add in these highlights, and we’d say it was a win-win.

John Mayer Is A Beyoncé Fan 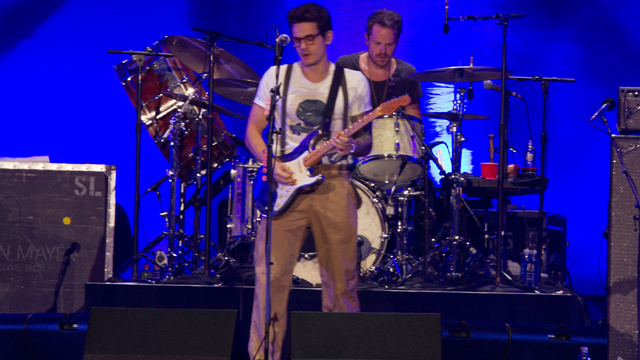 John Mayer has worn many hats: sometimes standup comedian, victim of foot in mouth disease, co-star in one of the funniest Chappelle’s Show skits ever and vastly underrated Blues aficionado. But who knew he worshipped at the altar of Queen B? The original version of “XO,” as it appears on Beyoncé’s 2013, self-titled visual album was penned by Beyoncé Knowles, Ryan Tedder and Terius “The-Dream” Nash, but you wouldn’t have known it the way Mayer appropriated the track. It was part of a medley including “No Such Thing” and “Who Says I Can’t Get Stoned.” The song’s appearance on VEVO more or less echoes the statement Mayer made after he finished his Made In America cover.

Yes, indeed. Imitation is the best form of flattery. 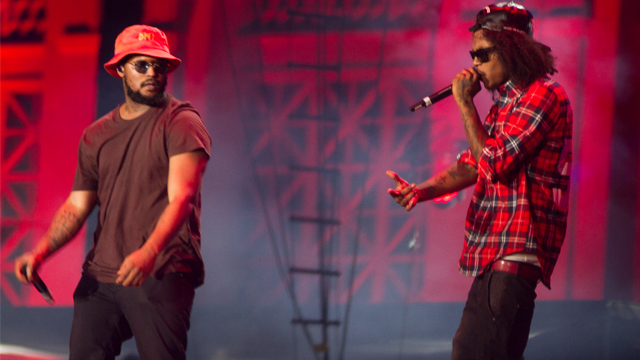 You sort of knew that the entire crew was going to perform together. The original bill only mentioned K Dot, but if you spent precious hard drive space downloading the app you’d have seen that all of Black Hippy sans SZA was scheduled to go on at exactly the same time. Not exactly a Scooby Doo mystery. One by one they rocked the stage, revealing a weird pecking order that went Jay Rock & Isaiah Rashad then Soulo, Schoolboy Q and finally King Kendrick. It also stoked the flame for a Black Hippy collab album as each of them blended seamlessly into each other’s performances. I guess we can dream, right? 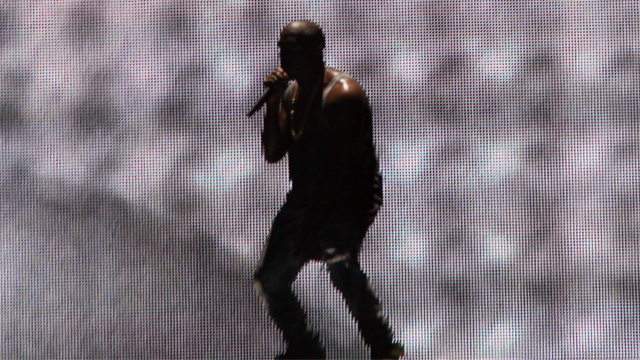 “Put your phones away, I’m trying to let you guys have some fun!” When, in what was almost a certainty, Mr. West came back out on stage to run “Blood On the Leaves” back once or twice more. “Form a circle! I want to see you pushing the person directly next to you when the beat drops,” and the kids did what he said because they’re 20 or 21 and pushing the person next to you seems like a damn good time. When the beat did finally lower into its guttural boom and the bodies started flying around the superstar emcee looked notably pleased. As anyone with the power to make people mosh to a song and put their phones away in 2014 should be since only a true superstar could make that miracle happen.

The More The Merrier For KIDinaKORNER

The union between Jamie N Commons, Alex da Kid and X Ambassadors yielded the single “Jungle,” which peaked at the #87 spot on Billboard magazine’s “Hot 100” chart during a two-week run. But beyond any quantifiably measurable metrics, the track’s global impact had been ratcheted up before, during and after Made In America. As part of Budweiser’s MADE Underground series, Jamie N Commons and X Ambassadors were joined onstage by a group of international “buskers” to recreate “Jungle” onstage. For Alex da Kid, it’s all part of the same experience.

“Obviously, a huge part of the artistry of what we’re doing [at KIDinaKORNER] is the live performance aspect and doing it in front of an audience,” he said. “Getting that reaction from the audience and changing the art as we go is very satisfying from a creative perspective.  The live performance element is just as important as creating the song or writing the music; they’re one in the same the thing.”

Mission accomplished. You can see the fruits of the collective’s labor at BudweiserMusic.com, which also includes episodes of X Ambassadors and Jamie N Common’s global search for the best buskers. 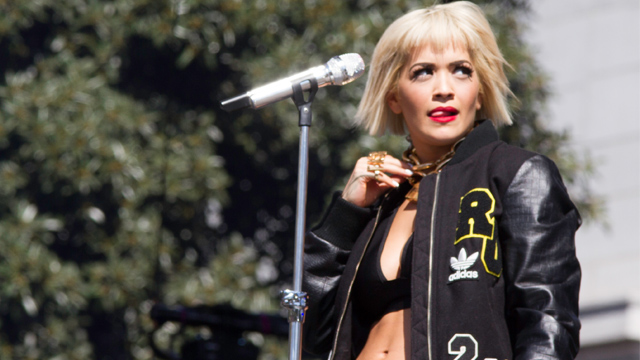 As far as public displays of woman-on-woman affection goes there’s Neve Cambell rummaging through the mouth of Denise Richards in “Wild Things,” all three seasons of MTV’s Undressed, and somewhere way down on the list is “AzaleaRita’s” almost-touch mime routine in which they got really close as they mistook each others eyelashes for dollar signs. It cannot be properly described, the level of pseudo sexual tension wafting through the air at the main stage that afternoon. It was like 100 degrees down there, so maybe that had something to do with it? What was it Kanye said about girls kissing girls?

All kinds of combinations have been tried in the past. The Rock x Hip Hop collab, the Hip Hop x Soul collab etc., but the combination that seems to actually be bringing different fan bases together is the EDM x Hip Hop collab — at least on the festival circuit. We asked stage-master and global EDM ambassador Steve Aoki about how the two genres seem to be bending toward each other, from Trap to Yeezus: “It allows produces like myself to make it easier for us to jump outside the box… Who wants to be fixed on one sound or one culture. It’s about bridging cultures or creating new cultures.” He would know best. From doing the Lord’s work by bringing Waka Flocka back from the uninspired dead to caking neon draped kids from all over the world, Aoki is one of the alchemists helping genre’s bleed into each other. With his second studio album Neon Future 1 dropping later this month he’s got a theory or two about why this is all happening, “L.A is the hub around the whole fucking world, where they all want to live here and they all want to be close to each other.” With L.A-iens like Mustard, YG, Flying Lotus, and TDE dominating the musical landscape we think he may be on to something.