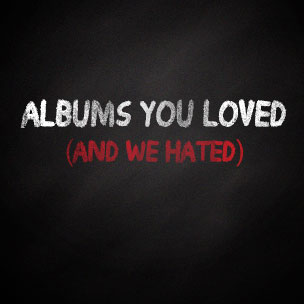 The intent of the album review has absolutely evolved over our lifetimes. Think about it. Before the internet was beaming into our handhelds; before super media consolidation and CNN and sexting, if you wanted to learn about an upcoming release, you had to buy a bunch of sheets of papers folded or stapled together that had an article about an album in it. What were they called again? Magazines? Magazines. And newspapers. That’s right. And they were the only place to go to learn more about the album by that artist that made that song that was jamming on the radio or MTV Jams. There was an air of exclusivity, anticipation. There was a validated co-sign because, after all, whoever wrote about that album must’ve known what they were talking about because they got to hear the album before the rest of us. They’re opinion must mean something. The art of the critique was not only entertaining and appreciated, but a different kind of necessary.

Technology reversed all of that. Now we all get the album on Leak Day. Now we all tell everyone in our social networks about the album. Now we’re all critics. The power of the co-sign is still in the air, but we’re all the more critical of it because, thankfully, we have the opportunity to respond to the review in real-time, which is perfect because we’re all our friend’s go-to music critic anyway. We can tell them what we really think and debate with other Hip Hop heads and get competitive in the world’s most competitive genre. In that sense, the album review is as much about entertainment and anticipation as it is about community – about the necessity to revel in the culture and with fellow fans.

And sometimes those fellow fans disagree with you. Here are five albums from 2012 that HipHopDX readers rated higher than we did.

Is it fair to compare Odd Future to the Wu-Tang Clan? Answer aside, it’s an individual assessment. There is at least one similarity, though. Wu-Tang arguably has the staunchest fans in Hip Hop history (word to the “W” face-tats wandering around worldwide). OF fans are super maniacal in their own right, especially for a collective who so recently reached national prominence. Yet, even with a following that will e-ride against any target in which Tyler & Co. take aim, OF Tape Vol. 2 is a polarizing offering. Of the 90 people who rated HipHopDX’s review, unexpectedly, only 45 gave it a perfect five out of five – far from consensus however you spin it. Clearly we weren’t impressed with Odd Future’s latest outing. We gave it a 2.5, after all. But with a 3.48 Average User Rating, fans of the mostly California-clan weren’t exactly exalting this one either.

To our valued Hip Hop purists: We agree. B.o.B imbedded himself so deep in the Pop aesthetic that remnants of his vicious lyrical origins feel like distant memories midway through Strange Clouds. To our valued Hip Hop progressives: We agree. B.o.B is certainly multitalented and, like some artists, should never be derided for venturing past the expected and experimenting with new creative expressions. Hip Hop is a big tent – an amalgamation of sounds and styles and cultures colluding lovely. But regardless of genre or theme or artistic ambition, a fractured album is a fractured album. Without cohesion, a full length LP moves like an aimless collection of songs. As adroit as B.o.B can be at his best, Strange Clouds left that aspect in the recording booth. Just because some of the tracks are good – great even – doesn’t mean the entire album is a worthy listen. Taylor Swift or otherwise.

The C-section to our review of Future’s Pluto is easily one of the most entertaining of the year. First, it quickly spills into Hip Hop’s storied regional North versus South debate originally ignited once OutKast was met with a barrage of boos after receiving the 1995 Source Award for Best New Artist (for Southernplayalisticadillacmuzik) – which is completely apropos considering Future is the cousin of Organized Noize producer Rico Wade. But it’s also loaded with hilarious commentary. For every justified monologue on how the ATLien’s mixtapes highlight his real skill more than Pluto, or how Northern fans are still hating on Southern music (by “Dirty south”), a perfectly timed “ALBUM SUCKS, should be named URANUS” (by “Anonymous”) is interjected. It’s an exhibition in converse discord between quality and comedy, much like the album itself. Also, isn’t it ironic that Future is named “Future” but sounds like past? Wasn’t Cher using Auto-Tune? T-Pain? Kanye?

There are differing opinions, and then there’s a cavernous divide between differing opinions. Kool Keith’s latest falls into the latter. As much as our i-devices value Dr. Octagon’s two decades-plus career of genre pushing Raptasticness, Love & Danger left us wondering if we were left out on an inside joke of some sort. But the fans rode to the rescue. We gave it a 2.5. Our readers gave it an Average User Rating of 4.51. Thirty-six of the 45 people who voted gave this one a perfect five out of five. It’s truly remarkable how Ultramagnetic MCs heads and Sex Style fanatics are still down with Kool Keith. That’s arguably the truest legacy of the weight of the Hip Hop legend’s catalog. But given Love & Danger’s extraordinary user rating, the question begs to be asked: Just because it was crafted by a classic artist, does that mean it’s a near-classic album?

It’s difficult imagining 50 Cent sitting around caring what people think of his music. Is he a master marketer? Sure. Is he afraid to roil masses and ruffle feathers? Never. Is his beef shtick running out of effectiveness? Arguably. But New York City’s self-dubbed Bad Guy is becoming less compelling on wax as the years go by. At least that’s what we thought of 5: Murder By Numbers – hence our 2.5 rating. DX readers, on the other hand, believe this project is much closer to Get Rich Or Die Tryin‘ or The Massacre than Curtis and we’re just haters hatin’ and we should go kill ourselves – hence the 3.86 Average User Rating and the Molotov cocktailed comments section. For Fiddy fans, let’s hope they are right (except for haters hatin’, go kill ourselves part). The Rap industry is infinitely more entertaining when 5-0 releases replay worthy albums.