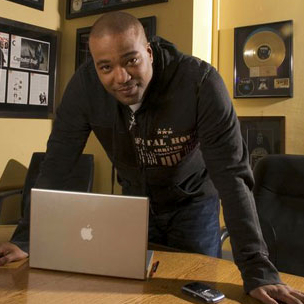 As a journalist in Hip Hop, it’s a difficult thing when artists and personalities die suddenly. Like most, you first know artists through the same scope as the fan – their art, but you often times are affected by knowing them at a more intimate level too. You had glimpses into their character and personal lives, behind the scenes (not always for better), and you have moments in time locked away on cassette tapes, digital recorders, and the stories that those experiences and conversations became.

I’ve made several trips to Cleveland Rock & Roll Hall Of Fame. It’s a scenic day-trip from where I grew up in Pittsburgh. I frequently recall from my childhood, watching The Who’s Pete Townsend speak about the ‘60s’ fallen stars in a documentary screened there, The History Of Rock n’ Roll.

I never have forgotten that quote. It’s in a completely different context than I can truly relate to (even 17 years later), but it speaks to the insensitive curiosity that plagues our society in times like these.

There are very few rappers who I could ever consider friends (and possibly fewer who would ever consider me as such). I came from a time before social media gave us the cheap appearances of truly knowing each other beyond pleasantries and retweets. But I still can’t really deal with playing my role in things. The recent news of Chris Lighty’s death prompted texts and calls from people – even in my family, who had little purpose in reaching out. Rather than mourn, they simply wanted to pass along the news into the grapevine – as if I hadn’t known.

Past the decade mark, it’s starting to get to be too real when this type of news breaks. In 2006, I remember the exact West Philadelphia block I was on when a colleague called me to notify me of Proof’s murder. My stomach turned, and I just kept walking endlessly, with my day’s plans disregarded. A year later, it was no easier when my holiday season festivity was interrupted by news of Pimp C’s death – an artist who I had spent some time with earlier that year. I remember canceling plans and going home with a bottle to join me in thought. Guru and MCA were even more difficult, I had communicated with one regularly, and the other gave me a deeply insightful look into a Beastie Boy who was really just a family man.

Chris Lighty was somebody who I got to deal with sporadically in the last five years. Probably like all of us, I grew up reading his name in CD and cassette tape inserts and studying his associations. The word “Violator” carries a positive association to me because of this man, which isn’t something most non-Rap fans could ever say. I loved hearing stories of him standing down Suge Knight, studied his “Power 30” appearances in The Source, and even had his Violator: The Album compilation poster on the wall in my room as a teen. I loved the fact that Chris had a hand in careers of under-sung heroes of mine like Diamond D and Cormega, and at the same time was the guy-behind-the-guy in all of the major move-makers of the ‘90s and ‘00s.

In early 2007, I began working on Forbes’ “Hip Hop Cash Kings” article. It was the biggest story I had worked on in my career – even though I was part of a team, and at just 23 years old, I was dealing with the big boys. Based on my five-plus years in the industry, I was asked to help build some relationships for the wealth and business publication – though they had several in place. I remember putting off researching 50 Cent’s ventures until the very end. History had taught me that the bigger the artist, the more difficult/uncooperative the management. I had to deliver.

To my surprise, Chris Lighty was among the easiest people in that list – which included 30 (reduced to 20 making the cut) of the top-earning Rap stars. Like his star client, Lighty basked in transparency and made my biggest assignment easy. I didn’t have to speculate, he helped guide my numbers honestly. Chris treated me, who didn’t even have an email account with the publication, with the utmost respect and professionalism.

Following the assignment’s completion – which I can proudly say prompted the “I Get Money (1-2-3 Remix),” I believed I wouldn’t hear from Chris again. I was an editor at the biggest Hip Hop dot com of the day, but I was back to being a distant fish in a big pond. To my surprise, sporadically, he’d check in… and encouraged me to do the same. It was small compliments, hellos and just the type of communication that says “hey, I know you’re there. I’m here. If you need anything, holler.”

We never popped bottles or had dinner (though there were a few business lunch offers that never came to fruition). But it was a relationship built out of playing our part. He managed the careers of those making the news, and I wrote some news and did some reporting. The respect was constant – even amidst some bad reviews and a few critical editorials that seemed to come under my watch.

I can’t tell you anything about Chris Lighty that those who really knew him the last week and half haven’t. A lot of people I know have captivated me with their memories, accounts and statements about the man who seemed to know everybody. But I do think it’s important that we humanize death – especially in Hip Hop. It’s important that even when these things appear to happen in a bubble, to realize they don’t.

This was an industry long before Hip Hop had its own section in a record store, and it will be one long after iTunes is superseded by another model. However, within, I think we often discount death. It’s a matter of fact thing, albeit shocking, but terribly impersonal. As I spent this past weekend conversing with a dear friend who literally took years of our knowing each other to reveal that he had ties to another fallen Hip Hop artist – Johnny J, I’m realizing how small this network is. Chris Lighty, as so many who knew him honor the man privately and publicly, is a recent reminder of this truth.

Personally, I look at Chris Lighty as I had before we ever crossed paths. He was a master at merging Hip Hop with brands in a way that legitimized the genre/culture and made lasting livelihoods for many of his clients. He was a Native Tongue, one of the most expressionistic movements that any music of the last 50 years has witnessed. He was fearless in his professional life, as affirmed from the stories I’ve been told and have read long before this past week. And he was friendly, something I can tell you first-hand in my limited experience.

Jake Paine is HipHopDX’s Editor-In-Chief. He has worked for DX since 2007, after five years as Features Editor at AllHipHop.com. He has contributed to Forbes.com, The Source, XXL, The Pittsburgh Post-Gazette and others. He lives in Philadelphia, Pennsylvania. Follow him on Twitter (@Citizen__Paine)